To share your memory on the wall of Ann Wise, sign in using one of the following options:

Her parents divorced when she was very young, and her mother had to go to Boston to find work, so Ann was raised by her grandparents, who were Scottish immigrants, in North Billerica, Massachusetts. Her grandparents were relatively poor, her grandfather literally working as a ditch digger for the local water works, but her grandmother was very industrious, keeping a garden, canning her own fruits and vegetables, and sewing most of their clothes. Ann had lifelong friends from her neighborhood and school in Billerica.

When Ann was 13 she began living with her newly remarried mother and stepfather in Dorchester, a neighborhood in the south of Boston, where she attended Jeremiah E. Burke High School for girls. She graduated from high school, then graduated from Fisher Junior College in Boston.

On the afternoon of New Year’s day, 1959, and looking as she described “like the day after the night before”, still wearing blue eye makeup and blue nail polish, she answered a knock at the door. Two “Mormon” missionaries left some pamphlets with her, and she joined the Church of Jesus Christ of Latter-day Saints in March.

In the fall, she began attending BYU where she later met a language major who was an extracurricular student actor. They married, and in August, 1961, Ann had her daughter Candace. She divorced soon thereafter, returning to Boston to live with her parents in late December.

She avoided dating, but loved dancing and regularly attended Church dances at the Cambridge Branch Chapel. She danced often with a college student, Joseph Wise, even helping him when he taught dance classes at the Church. He was a little too attentive, however, and over the summer of ’62 she resolved to actively discourage and avoid him in the fall, which she did quite successfully until after returning from a date she had reluctantly accepted at her mother’s urging, she had a great epiphany with the thought, “There’s no good reason why you dislike Joe Wise.” Ann accepted Joseph’s proposal the following summer and they found an apartment in Hartford where Joseph had taken a job with IBM. They planned a SLC Temple wedding for Christmas, but when Ann suddenly had no place to live with Candace, they were married November 6, 1963, in the Cambridge Chapel. They were sealed in the SLC Temple June 3, 1964.

They were very active in the Hartford Branch, and Ian was born in Hartford in October, 1964.
In the summer of 1965. Ann made a great sacrifice and supported her husband in leaving a lucrative and promising job with IBM to allow him to pursue a degree in music at BYU.
Thegn was born November 8, 1966, while Joseph was a full time music student.

Ann and Joseph lived multiple places in Provo before buying a home on the Grandview Hill near the current Stake Center in 1969. Daryl was born in February, 1972.
In mid-summer of 1974, Joseph left BYU and took a job on Kwajalein in the Marshall Islands. Ann stayed behind, rented the house, sold vehicles, and packed up the household and kids and followed six weeks later.

Ann had always loved the ocean and living on an island 3 miles long and ½ mile wide gave her the opportunity to indulge herself. She loved scuba diving two or three times a week while Joseph worked and the kids were in school. Weekends she would often go sailing with the whole family. Sometimes just she and Joseph would go diving.

She was also very active in the small branch of the Church there, serving in both Primary and Relief Society. Sunday mornings were spent in the usual Church meetings; Sunday afternoons she took a boat to a neighboring island where a large population of Marshallese lived to hold Primary for the native children and then a couple hours later took the 40 minute boat ride back to Kwajalein.

In the late summer of 1980 the family returned to the Grandview Hill, buying the house that was Ann’s home the rest of her life. She worked for the MTC in Provo until she retired in 2001.

A great highlight in her life was her volunteer work for the 2002 Winter Olympics where she became acquainted with many of the participating athletes.

Ann loved flowers, and had great joy in planting and tending them in her yard. She also loved decorating, especially with silk flowers. She did the decorations and bouquets for many weddings of friends and young students who worked with her at the MTC, using both silk and live flowers.

She loved the holidays and loved having her children and grandchildren gathered around her. She loved shopping for Christmas gifts and enjoyed distributing them on Christmas day.
She sought to serve the Lord in all she did; in her home ward, in her calling at the State Mental Hospital, and her Service Missionary calling in the Provo South Stake, and especially in her quiet, private devotions. She was exacting and precise in trying to follow the guidance of living prophets. May she now enjoy fully the peace given by Jesus Christ to His righteous disciples.

Until we are together again.

Condolences and memories may be left for the family at www.walkersanderson.com
Read Less

To plant a memorial tree in honor of Ann Wise, please visit our Heartfelt Sympathies Store.

Receive notifications about information and event scheduling for Ann

There are no events scheduled. You can still show your support by sending flowers directly to the family, or planting a memorial tree in memory of Ann Wise.
Plant a Tree

We encourage you to share your most beloved memories of Ann here, so that the family and other loved ones can always see it. You can upload cherished photographs, or share your favorite stories, and can even comment on those shared by others.

Posted Jan 05, 2021 at 05:33pm
We were surprised and saddened to learn of Ann's graduation from this mortal life. She was such a good friend and neighbor to us while we lived in Grandview. We remember Ann as being patient and loving. She loved helping people and always had someone in mind who she was worried about. She was dedicated to her family and loved them with all her heart. Joyce remembers her bringing Robyn to Primary where she loved to sing and listen to the stories. During one lesson about how Laman and Lemuel in the Book of Mormon, were disobeying the Lord and his father, Lehi, Joyce asked Robyn what she would say to Laman and Lemuel. Robyn replied, "I would tell them that I love them but they are doing the wrong thing!" Ann was justifiably proud of her!
We wish the Wise family the peace from knowing that Ann lived and served well and that they will be reunited with her again. May our Father in Heaven bring Peace to their hearts.
Joyce and Clark Baron
Comment Share
Share via: 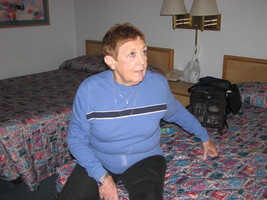 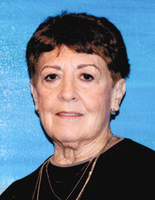 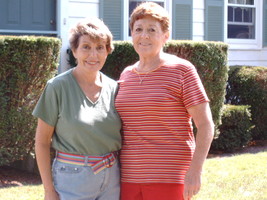