To share your memory on the wall of Bernard Mickelson, sign in using one of the following options:

Bernie was raised as a member of the Lutheran church; but, at the age of 20, joined the Church of Jesus Christ of Latter-day Saints—something that he kept near and dear to his heart for the remainder of his life. He served a 2 ½-year mission for the Church in Norway, which was especially meaningful to him since the majority of his ancestors had been born there. After returning home, he attended Brigham Young University in Provo, Utah, where he earned a degree in teaching secondary education with an emphasis in history and sociology.

In January 1968, he married Janice Whipple in the Los Angeles Temple. They had six children. They lived in Newton during the 1970s where Bernie was employed at Newton Office for Job Service of Iowa. While there, he also served as the first Branch President for the Church in Newton and on the Stake High Council, which covered half of Iowa. The couple also lived in Washington and Utah during their marriage. They later divorced.

Bernie then found his eternal sweetheart, Vee Ann Jeffs Olsen, whom he married in the Salt Lake Temple in July 1987—thereby also gaining three sons. They settled in Utah County and he returned to BYU to certify in high school math, computer science, and special ed. He taught at Landmark High School in Spanish Fork until he retired in 2003. Bernie and Vee Ann were both teachers, so summer vacations were frequently spent on the road exploring tide pools along the Oregon coast, backpacking Mount Rainier, visiting family in Washington and Iowa, and tracking down original sources for genealogy. Teaching was Bernie’s passion; even after retiring he loved to share all of the things he had learned and was continuing to learn, especially when it came to history and the gospel. Shortly after retiring, he and Vee Ann served a mission together in Norway, which was a treasured experience for them both.

Due to COVID-19, a small family graveside service will be held and live-streamed at 10:00 a.m. on Friday, June 26, at the Provo City Cemetery, where he will be interred next to his much-missed companion, Vee Ann.

To plant a memorial tree in honor of Bernard Mickelson, please visit our Heartfelt Sympathies Store.

Receive notifications about information and event scheduling for Bernard

There are no events scheduled. You can still show your support by sending flowers directly to the family, or planting a memorial tree in memory of Bernard Mickelson.
Plant a Tree

We encourage you to share your most beloved memories of Bernard here, so that the family and other loved ones can always see it. You can upload cherished photographs, or share your favorite stories, and can even comment on those shared by others.

Posted Jun 27, 2020 at 07:35pm
I was married to Bernie for three years (2012-2015). We remained good and solid friends in the years that followed. He was a valuable person in my life and I find it difficult to know that I can't see him anymore or phone him or text him or e-mail him. (At least for now - that is.) We always wish for just another moment with those who pass on without notice. So, my lesson in this matter is to do as President Kimball used to say, "Do it Now!" I know that Bernie understands how I felt and feel about him and his influence in my life and in the lives of my posterity. He was always "himself" around us and was not afraid to talk to us and share his feelings and opinions. He once told me that I listened to him better and longer than anyone else had ever done in his lifetime. That was a super compliment to me. I wish I could ask him how things are going now. I am sure he is happy, content, and peaceful. His full energy is back. I am grateful to have known him and his family. I am also happy that my family accepted and loved him, too. Death certainly has a sting -- doesn't it? However, there is victory in it too through the Gospel of Jesus Christ! I will see my friend Bernie again!
Comment Share
Share via:
RM

Posted Jun 26, 2020 at 09:42am
Elder Mickelson was my missionary companion in Norway many years ago. I enjoyed my time with him and always admired his testimony of the Gospel. We encountered each other from time to time as we both worked in Utah County and had frequent contacts with school age children. I always considered him to be a good friend with a sincere concern for teaching and working with children. I send sincere condolences to his family. 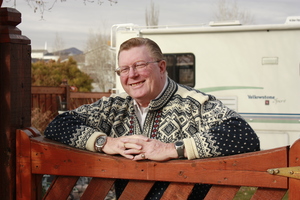 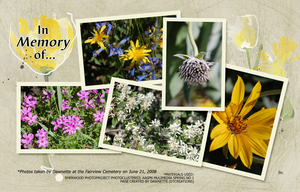