To share your memory on the wall of Boyd Poulton, sign in using one of the following options:

Boyd was born November 8, 1948 in Oakley, Idaho. He lived in Oakley until 1968, when he left to serve a mission for The Church of Jesus Christ of Latter-day Saints in the California, Anaheim mission.

Boyd first met Delores Jeppson the day he returned from his mission. They were married and sealed in the Salt Lake Temple August 20, 1970.

Boyd and his young family settled in Burley, Idaho in 1974 where they raised their 5 children. At the same time, he partnered and started a Real Estate Brokerage.

His church service continued in Burley. He served as a Bishop, Stake President, and eventually as a Mission President of the New Jersey Morristown mission 1993-96.

Following their mission service, he and Delores moved to Orem, Utah. Here, he continued his career in real estate, and served in various Church callings. In the early 2000’s he served in a branch presidency at the Provo MTC, and later as a District President.

During the last few years of life, he struggled with progressive health issues. At the time of his passing, he was at Covington Senior Living where he made a lot of great friends. Covington and Tendercare provided him with excellent care.

He loved serving others and particularly working with the youth.

Condolences and memories may be shared with the family online at www.walkersanderson.com.
Read Less

To plant a memorial tree in honor of Boyd Poulton, please visit our Heartfelt Sympathies Store.

Receive notifications about information and event scheduling for Boyd

We encourage you to share your most beloved memories of Boyd here, so that the family and other loved ones can always see it. You can upload cherished photographs, or share your favorite stories, and can even comment on those shared by others.

Posted Aug 29, 2020 at 11:15pm
Dear Dee and family,
I saw a post on Facebook that Boyd had passed and I was sad to hear the news. I have such fond memories of your whole family while babysitting all the kids in Burley. You treated me like family and I am forever grateful. Please know I’m thinking of you during this time and praying for your family.
Sincerely,
Paula (Kilmartin) Schafer
Comment Share
Share via:
JY

Posted Aug 09, 2020 at 11:51pm
Elder "Butch" Poulton was the gold standard as a missionary in the California South Mission!!! Everyone who followed Elder Poulton knew of his fabulous reputation as a hard working, successful and fun loving missionary. President and Sister Coleman and President Crawfor Houston whom he served under always used him as an example of the other missionaries.
I loved his "fighting spirit", his determination and his unshakable testimonly of the Gospel of Jesus Christ. He has been an inspiration to me.
Sincerely, your friend,
John W Yardley
Panguitch, Utah
Comment Share
Share via:
SK

Posted Aug 06, 2020 at 04:24pm
I was presiding at the Provo MTC with my beloved wife, Nance at my side during the time Boyd served as a branch president and then as a district president. During that time we developed a love and appreciation for Boyd that will last forever. He was cheerful, upbeat, and supportive of the presidency. More importantly, he was dedicated to the growth and well being of the young men and women who were receiving their mission preparation. He never minded being called in at night to deal with an issue. in fact, he seemed to enjoy it. Boyd and I had many heartfelt chats in my MTC office when he shared some of his experiences and feelings from his past service in the Church. He was always generous with his time and means. He is, by the way, the only person I ever met who relaxed by watching bull riding on the television. Our sincere love to Dee and the family. Steve and Nance Kohlert.
Comment Share
Share via:
GD

Posted Aug 05, 2020 at 11:15am
We are saddened to hear of Boyd's passing. I first met Butch when we were just teenagers in the Oakley Stake. He was always so friendly and very well-liked by so many. Many years later he was our Stake President in the Burley Stake and we once again enjoyed his wonderful spirit and great counsel. We are grateful to have known him and appreciate so much his influence for good throughout his life. Our thoughts and prayers are with you, Dee, and all of your children. Our love to all, Gay Dawn and Lonnie Downs
Comment Share
Share via:
JD

Posted Aug 04, 2020 at 06:11pm
Next to my Dad, President Poulton had more of an influence on the trajectory of my life and my personal decisions than anyone else. Every time I press my shirts or shine my shoes I am reminded of President and Sister Poulton. Sister Poulton and family, you are in my prayers during this sorrowful time. President Poulton's circle of influence has expanded into my children's lives as they head out into the mission field and beyond! Thank you President for our personal talks and interviews! Your genuine concern and shared wisdom has made a BIG difference. Love, Elder Despain
Comment Share
Share via: 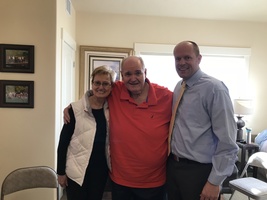 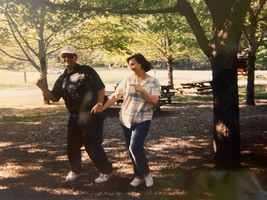 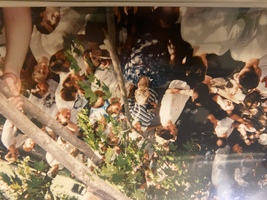