To share your memory on the wall of Brandie Siegfried, sign in using one of the following options:

Though she did not shy away from controversy, and was famous for her courage and happy willingness to fight for causes that mattered most to her, such as women’s studies, she was also known for her generosity to her opponents, her ability to listen, especially to their stories, and she befriended people everywhere. She is remembered for her infectious laugh and seemed to have friends on all sides.

She will be particularly missed as a teacher, someone whose intense and detailed attention to her students’ writing and her indefatigable commitment to one-on-one feedback sessions on their papers was accompanied by equally detailed criticism and high expectations for the next essay. Her students tended to rise to those expectations and often reported they discovered their best abilities in Dr. Siegfried’s classes, along with life secrets of the good, the true, and the beautiful. She will also be missed as a teacher in her church where she focused on hearing from each person in attendance, and whose classes felt enriched by such thorough sharing with each other. Halfway through her teaching career Dr. Siegfried found herself surrounded by young scholar colleagues, at Brigham Young University and other colleges and universities, whom she’d mentored as undergraduates, helped to achieve acceptance to graduate school, and who, now as professors themselves, carry on after Dr. Siegfried’s passing with their own earned excellence.

She will be missed as a beloved sister, daughter, and daughter-in-law, who as a child and youth, eldest of six, helped guide her family through difficult times while finding laughter and joy.

She will be missed as a beloved wife and partner in every activity and conversation. She always found joy in nature and in her favorite mountain adventures; she will be missed as a cycling partner in the high passes and as a skiing partner in the snowy cirques. For joy in nature, she was just as happy watching and interpreting the antics of various corvids and other birds who seemed to crowd around the windows of her atelier home office where she did her scholarship and read student papers.

She is survived by her husband, Mitch Harris, by her mother, Carolyn Siegfried, by her siblings, including sisters Sherry Armstrong, Monique Stewart, Coquette Jacobsen, and Lovette Dresden, mother-in-law Claudia Harris, and step daughters Fiona and Nora Harris.

To plant a memorial tree in honor of Brandie Siegfried, please visit our Heartfelt Sympathies Store.

Receive notifications about information and event scheduling for Brandie

There are no events scheduled. You can still show your support by sending flowers directly to the family, or planting a memorial tree in memory of Brandie Siegfried.
Plant a Tree

We encourage you to share your most beloved memories of Brandie here, so that the family and other loved ones can always see it. You can upload cherished photographs, or share your favorite stories, and can even comment on those shared by others.

Posted Mar 04, 2021 at 01:30pm
It is difficult to express how grateful we are for the friendship of Brandie and Mitch over the past two decades of our life. We dearly love them both and will eternally. The funeral service was one of the most joyous and edifying I have experienced, filled with wisdom, sensitivity, and love. We were left with a deep appreciation for the intense energy of her life, her unselfishness and kindness, and her unbounded love and regard for each person she met. A friend commented afterward that he stands in awe of her brilliance and the great positive influence she left behind. She was indeed brilliant, but the most important thing I learned from her was "do things that are hard to do." That seemed to be her motto. She would just jump in and do difficult stuff and it would come together. She had more than her share of adversity but also more than her share of wisdom. I loved hearing about her organizing a "Siegfried Family Circus" at the age of six. I am grateful to have been there for that wonderful hour of celebration of her life.
Comment Share
Share via:
NG

Posted Mar 02, 2021 at 11:43am
Brandi was a very special niece to me, my first one. She was always happy, loving and helpful to everybody. She was also adventurous. Her learning experience in South America as a missionary, gave her a new insight of new priorities in life. Materialistic things were not important to her as compared to people. To live without the conveniences that we have in this country ie. clean water, indoor plumbing, electricity. She found you can live without them. But we cannot live without love. Brandi loved everybody. She helped everybody she could. She was the most excellent person and I love her......
Aunt Arline Link
Comment Share
Share via:
SR

Posted Mar 01, 2021 at 12:19am
Brandie was a really good person. She was brilliant and kind and fun. She was able to make everyone she met feel accepted, while also inspiring us to be better. I’m so grateful for her mentoring during college. I was a Nursing major, but spent a lot of time in the English department. Her wise advice helped shape the person I became. I hope she knew how many lives she touched. I send my love to all members of the Harris and Siegfried family.
Comment Share
Share via:

Posted Feb 27, 2021 at 10:34am
Dr. Siegfried taught the first English class I took as an undergraduate English major at BYU. I walked out of the first day of class convinced I was going to fail (I found out later she'd been assigned the class last minute, was not excited to teach it, and was trying to scare us out of the class). But I stuck with it--it was one of the hardest classes I'd taken, but I loved it. I went on to take other classes from her, and she served as my honors thesis advisor and wrote one of my letters of recommendation to grad school. I'm so sad to hear she's gone--I wish I'd had a chance to tell her how influential she was in my life. She was the first person to articulate for me a distinction between church culture and the gospel, a distinction that has saved my faith many times. She taught me that you could, in fact, be a member of the LDS church and a feminist. She taught me not to accept easy answers, especially in literary analysis, but to push harder and work harder. I've been extraordinarily lucky to have good teachers and mentors in my career, and Brandie Siegfried was one of the best.
Comment Share
Share via:
TB

Posted Feb 26, 2021 at 05:27pm
As an undergraduate student in Dr. Siegfried’s class, I remember looking up at the clock not to see how much time was left because I was bored, but to see how much time was left hoping there was a lot because I was so enthralled with her lectures. Meeting with her one on one she was the one who encouraged me to get a masters degree and would become my thesis chair in that endeavor a few years later. She helped me think about ideas in a way I never had before and really put me on the path I followed through my academic career. Earning her praise felt like the highest privilege. Her felicity with language was unmatched. I still find myself thinking about experiences she shared in class and the ways she would weave ideas together from different paths into one. Because of her I ponder about moral proximity and how good can be used for evil. She was a master teacher and mentor. My sincerest condolences to her family.
Comment Share
Share via: 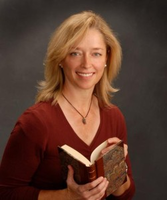