To share your memory on the wall of Brian Campbell, sign in using one of the following options:

Brian married the love of his life Kim Sallenback on April 4, 1992, he took on three small kids on this day as well. They were Kristy, Cole, and Kylee (we are forever grateful). Brian and Kim were delighted to add Kelsey to the family the following year. Four years later they thought they would try for a boy and twin little girls were born. Karly and Kassidy completed our family

In 2002 Brian bought Stewart's Pharmacy and turned the place into Rock Canyon Pharmacy. We were all so proud of him! Brian was a caring boss who was always concerned for his staff and customers. He truly cared about people and wanted them to feel special. He loved the people he got to work with and he loved the community he got to serve. He spent the last 15 years living "the good life". He loved snowmobiling with his son in laws and friends, traveling the world, golfing with his Dad, and riding his Harley and Indian bikes. He loved spending time with his grandkids and could not wait to welcome each baby into this world. Brian lived an amazing, adventurous life filled with new places and lots of people who adored him.

Due to State restrictions Services will be at our home for close family and friends. He will be laid to rest in the American Fork City Cemetery at 12:30 on Tuesday.

Condolences may be offered online to the family at www.walkersanderson.com
Read Less

To plant a memorial tree in honor of Brian Campbell, please visit our Heartfelt Sympathies Store.

Receive notifications about information and event scheduling for Brian

Print
Due to COVID restrictions the family will have a private family service.

We encourage you to share your most beloved memories of Brian here, so that the family and other loved ones can always see it. You can upload cherished photographs, or share your favorite stories, and can even comment on those shared by others.

Posted Dec 02, 2020 at 09:47pm
I am saddened to hear about Brian. I am just now seeing this. Brian would always make a point to come out and talk with me when I went there for my prescriptions. He was a very kind and caring man.
Comment Share
Share via:
SK

Posted Nov 18, 2020 at 07:51am
I owned Stewart’s Plaza Pharmacy for 10 years. Brian was my right hand man those ten years! He was one of the reasons my pharmacy was successful! He was a hard working, caring, kind, dependable, guy! We both worked as mentors at the elementary school nearby for awhile , we went to Las Vegas to a compounding seminar together and he helped me build a beautiful deck on the back of my house! Brian and I grew close over those 10 years! He was always concern about his dad, cause his dad was going on all kinds of adventures. I remember when Brian went with his dad to Denali, Alaska. I remember him telling me that they saw a guy that was on another trail ,confront a grizzly bear and was glad the guy got out of the situation alive! Brian , I remember , also hiked into Havasu Falls when he worked for me! He was a adventurous guy like his dad!
When I sold the store to him, I knew he would be successful! I saw Brian about 2 years ago after the passing away of my brother. He came to the funeral. He looked really good and was really upbeat! It was good to see him! I hadn’t seen him for over 16 years! He told me all about his family! I knew from that conversation, how much he loved his family !
I am also saddened like all of you who knew Brian! My heart goes out to his family at his time! I am so grateful I had the opportunity to know Brian and work with him!

Posted Nov 17, 2020 at 06:52pm
Kim,
So sorry to hear about this. I remember coming to Rock Canyon when I first needed something compounded and
Brian was so great to work with. I did some externship at the Pharmacy and loved every minute. What a great loss to the community.

Posted Nov 17, 2020 at 05:55pm
Brian leaves a legacy of joyous, generous devotion. His impact on countless lives can’t be measured- beginning with his family and extending to his loyal pharmacy staff, associates, and customers as well as countless friends, blessed to know him through the years. Our family had the good fortune of meeting Ed & Deloris, Brian, Tami and Jason when we moved to Utah. SO many treasured memories - camping, boating, fishing, hunting, celebrating birthdays and graduations, watching baseball games, sharing joys and sorrows. . . I’m profoundly sad at Brian’s passing while also profoundly grateful for the front row seat at his exemplary life of goodness hard work, commitment and loving generosity.
Comment Share
Share via:
LT

Posted Nov 16, 2020 at 01:24pm
Brian has been not only a part of my life but my whole family. I remember days long ago when he was at Stewarts and would mix up the medications so my husband and I could try to start our family. I worked across the street at a Family Practice clinic for 27 years and loved going to chat with Brian, he always made you feel like he had all the time in the world to spend with you.
Later in life, he employed our son, who in thanks to the MAGIC of Rock Canyon pharmacy he met his wife there. I know several others also met their spouses there as well. He was a great customer and friend of my husband who worked on his snowmobiles for years. He also had the BIGGEST generous heart as he donated to our daughter's drill team, because "he understood" the crazy expense it was. Brian is an angel, gone way too soon! He left an imprint on everyone's heart that he came in contact with. He made this world a better place, and we are all blessed because of him. Kim, our hearts and prayers are with all of you, especially at this difficult time. Know that he was loved by so many because of all he gave to this world!
Comment Share
Share via: 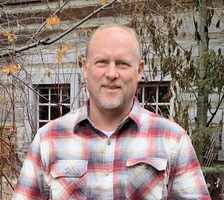