To share your memory on the wall of Brigitte Burns, sign in using one of the following options:

In April 1950, Brigitte immigrated to the United States of America with her parents; sister, Wanda; and aunt, Margarete Baier. A member of the Church of Jesus Christ of Latter-day Saints her whole life, she said the first thing she and her family looked for when the Greyhound Bus they were traveling on entered Utah was the Salt Lake Temple. A year later, they were sealed there as a family, and on June 11, 1959, Brigitte married her eternal companion, Darrel James Burns, in that same temple and was sealed to him for time and all eternity.

Brigitte and Darrel raised five children in Granger and, later, Park City, where the two built their dream home. Brigitte loved living in the mountains and watching the rabbits, foxes, deer, elk, owls, and other animals that wandered through their property.

Before they began building, Brigitte said one of her wishes for that home was that it would always be filled with people. It was. Family often gathered there for parties, and friends visited frequently, even if they had to strap on cross-country skis to do it. When anyone needed a place to stay or live for a time, Brigitte's was the place. Her home was a safe haven for all who entered, and her love for others was genuine.

Brigitte served in many church callings, including six years as a temple worker in the Salt Lake Temple with her husband. After his passing, Brigitte served a Family and Church History Mission in Salt Lake City for nearly three years and then moved to a new home in Saratoga Springs.

Brigitte's life was one of faith, trials, and miracles. From praying next to a chair in the kitchen while bombs fell above her childhood home to receiving angelic assistance as she served a mission for her Savior, Brigitte always knew she could depend upon her Heavenly Father for protection, guidance, and love. In her journal, she wrote, “Because of our long suffering, I drew nearer to my Heavenly Father and will always be grateful to Him for the many blessings we enjoy as a family and especially for His love to me. I love my Heavenly Father and I know of a surety that He does hear and answer our prayers.”

Brigitte was preceded in death by her husband; her parents; her father- and mother-in law Robert Emmett and Rintha North Burns; and her brothers-in-law Hendricus “Hank” Huyboom, Alden North Burns, and Robert Emmett Burns Jr. and his wife, Barbara.

Condolences may be offered to the family online at www.walkersanderson.com.

The service will be broadcast on YouTube:
https://m.youtube.com/channel/UCkJ_ZNXfO1oB1bLG4lReE4w/videos?view=0&sort=da&flow=grid
Read Less

Receive notifications about information and event scheduling for Brigitte

We encourage you to share your most beloved memories of Brigitte here, so that the family and other loved ones can always see it. You can upload cherished photographs, or share your favorite stories, and can even comment on those shared by others.

Posted Apr 11, 2021 at 09:31pm
I want to send sincere condolences to the the family of my beloved cousin Brigitte Strecker Burns. She was like a sister to me, because I didn't have a sister. We went to high school together at South High School in Salt Lake City, Utah and we were in the same seminary class together. We lived so close that we could even walk to each others homes. When we were young, we often walked to Snellgrove's on 21st South and 9th East for a double decker ice cream cone. Unfortunately our lives took different directions when she was married and I went on a mission, but our love for one another was always there. We had many family gatherings at parks and up the canyons of summer holidays. I will miss visiting with her, but she is now with her beloved Darrell again as well as her parents, I'm sure she received a wonderful welcome on the other side of the vail.
Comment Share
Share via:
PI

Posted Apr 08, 2021 at 04:15am
It was always a joy to visit with this lady. Every time I visited she would be do glad to see me, and would give me a big hug. I will truly miss my visits with her. She will be missed.
Comment Share
Share via:

Posted Apr 07, 2021 at 02:40pm
"Aunt" Brigitte, though she was really mom's cousin , was a delightful German relative that I love very much. Her laughter, her sense of humor her kindness will be greatly missed. So many fun family memories , more than I can count, had her fun stories and laughter ringing through them. Tchuss, du gute! Bis auf weidersehen !
Comment Share
Share via: 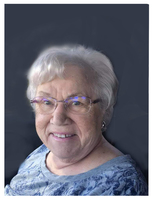 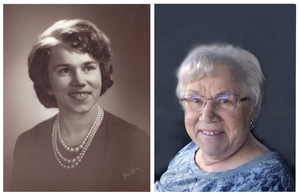