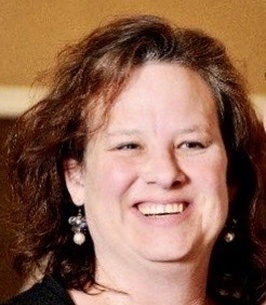 Browynn Ceit Murray White had turned 56 years old two days before her untimely death, on Tuesday night, March 1, 2022. Browynn returned peacefully to her Heavenly Father after wrestling with various health issues. She had a beautiful life but also faced a lot of trials and tribulations, making it quite tumultuous for her. Despite her deteriorating health, she tried to make the best of it and kept going to care for her kids, husband, and grandchildren. She had fought against her illnesses diligently, but sadly, she has finally lost the fight. Browynn’s family hopes that she can now feel the serenity and comfort that death brings. Her loved ones hope that she no longer feels the pain she endured throughout her life and is now at rest.

Browynn was born in Mexico City, Mexico, on February 27, 1966. She was raised by her adoring and gracious parents, Peggy and Donald Murray, whom she has joined in the afterlife. She later lived in the Philippines and Canada as a child, often moving around because of her father’s work. Later on, she moved to America and spent much of her teenage and adult life in Northern California–specifically in the Bay Area. Before her death, she lived in Eagle Mountain, Utah, with her loving grandchildren and husband, Dan White.

Browynn had attended BYU in Provo, Utah, and DVC in Pleasant Hill, California as a young adult. She is a high school graduate of Campolindo High School in Moraga, California, and attended Junior High School with Dan. She constantly tried to learn, often reading articles meticulously and with great enthusiasm. If she did not know the answer to something, she would instantly look it up and learn as much as she could about the subject. She was a brilliant woman who spoke and studied many languages, including Spanish, English, Tagalog, Vietnamese, German, and French. She knew many odd facts and held entertaining conversations with anyone she would meet. She was a witty woman whose laughter was incredibly infectious. She had what she called “potty humor” and delighted in telling funny
stories to her loved ones.

She met her husband, Dan White, while she attended Junior High. They grew up down the street from each other in Moraga, California. Dan was enchanted by the intriguing, foreign, and strange woman across the street who had piercings and a short, curly mohawk before she became a mother. He asked her to marry him several times before she gave in, often delighting her with romantic engagement proposals and sweet words. They loved each other very much–flaws and all. They eventually married on April 23, 1988, in Oakland, California’s Church of Jesus Christ of Latter-day Saints Temple. She enjoyed the gardens there, as she loved plant life and cared for many of her own plants—often naming them. Dan and Browynn had a long marriage, and their relationship and love for each other were strong.

Browynn White was loved by many, including her two highly supportive sisters, Ailene and Gwynne. Browynn had a very close relationship with her sisters. They spoke often and chatted about their lives with each other, even during the most difficult of times. They moved around frequently as children to many different countries, which ultimately strengthened their relationship. Ailene and Gwynne were always there for her. Similarly, Browynn always ensured to be there for them through thick and thin. Browynn would always say that they were her best friends for life. They felt the same way about her, and they will miss Browynn immensely.

Browynn also had an incredibly close relationship with her mother-in-law, Georgia. She spent much of her life caring for Georgia before Georgia had passed a couple of years ago. She enjoyed spending time with Georgia and running errands with her, as she loved her company and discussions. Browynn often helped Georgia throw grand parties and allowed her to entertain many special guests, as Georgia was an incredibly social and kind woman who enjoyed the company of many people. The family hopes that they have now been joyously reunited.

Browynn had many children and grandchildren, whom she loved and cared for dearly. Browynn had her first child as a young adult, Kevin, whom she had not raised but loved, cared about, and always kept in her thoughts. Her husband, Dan, had a child in a previous marriage, Daniel White, whom Browynn selflessly raised and cared for like her own. When she married Dan White, she gave birth to Rachel, Josh, Angelina, Anna, and Gabriella White. Browynn and Dan raised them with love and tended them to the best of their ability.

Later on, Browynn adopted and cared for four of her grandchildren, Coda, Kiara, Kenai, and
Donald White. Browynn also cherished and loved her other grandkids, Mia, Kaiden, and Sophie White. Before Browynn’s untimely death, she very much was looking forward to a new
grandchild that will be named Charlotte, who she really wanted to meet. Now that she has
passed, it is her family’s greatest wish that she gets to meet Charlotte and take care of her as
vigilantly and lovingly as she had for her other grandkids before Charlotte joins us here on
Earth.

Her family loves her very much and will miss her greatly. Browynn dedicated her life to her
children and grandchildren. She never had a proper job and mainly babysat for income in her
formative years because she loved being with kids. She frequently would say that being a
full-time mother was her career. She was very empathic and enjoyed nurturing the growth and
development of many people.

She was a spiritual person, believing in many religions, but she especially had faith in God,
Jesus Christ, and the Holy Ghost. She loved the Church of Jesus Christ of Latter-Day Saints
and belonged and served in several wards throughout her life, including the Moraga Orinda
Ward, Cherry Hills Highland Ward, and the Eagle Mountain Cedar Pass Ranch Ward. She was an avid participant in her Church, often serving her religious community with her musical talent.

She enjoyed playing piano for sacrament meetings, directing the church choir, and conducting
primary children’s songs. Browynn was very musically talented, and many enjoyed listening to
her play the piano and sing along with her. She also often played the piano for school plays and productions while attending high school in Moraga, California.

Browynn enjoyed reading. Predominantly, she read mystery novels. She was an intelligent
woman who relished solving problems and guessing who committed the crime in books and TV shows. She enjoyed reading books to kids and playing word games. She also supported each child’s desire to read, constantly providing books for them to peruse and promote the growth of their learning and imagination.

Before Browynn’s health started failing, she enjoyed being active. She particularly liked running and participated in many 5Ks and Marathons. She once ran in the Rockland 5K in California with all her kids. Aside from running, she also enjoyed biking, hiking, camping, swimming, walking, backpacking, and surfing. She especially loved the beach, as she was often found on the shores of California reading in the sand while her kids played in the water. She supported each child’s adventurous spirit and often took her family traveling and on vacations.

Not only did she love playing music, but she also loved listening to music–especially indie rock, punk, classical, new wave, and alternative rock. She was known for blasting her favorite bands in her car, singing along with her kids as she went on various road trips. She most especially enjoyed listening to The Dead Milkmen, Florence + the Machine, Vampire Weekend, Queen, Mindless Self Indulgence, Kate Bush, They Might Be Giants, Josh Groban, Toy Dolls, and Imagine Dragons.

She loved creating scrapbooks of her family and has been known to give scrapbooks as gifts to the people she loved. She enjoyed compiling the beautiful memories of her and other’s lives, making wonderful displays of them with her creativity and meticulous care. Her family is grateful for all that she compiled and created, as they have works of art to look back upon, and remind themselves of the great person that she was.

Browynn’s loved ones will miss her dearly. They send out their deepest wishes that she is no
longer suffering from the pain of her mental and physical health. May she rest knowing that
many feel fondness and tenderness for the incredibly original woman that she was. May she
rest in the heaven she always imagined. May she rest with her dearly departed parents and
parents in-law that she has now been reunited with. May she feel the especially strong love that many carry in their hearts for her beyond the grave. May her spirit, her mind, and her heart rest in peace.

Funeral Service will be Saturday, March 12, 2022 at 11:00 a.m. in the LDS Chapel located at 9475 North Mustang Way, Eagle Mountain, Utah. Family and friends may visit at the church on Friday evening from 6-8pm or Saturday morning from 9:30-10:30am. Interment will be in the Highland City Cemetery.

Condolences and memories may be shared with the family online at www.walkersanderson.com.