To share your memory on the wall of Charles Mortensen, sign in using one of the following options:

Print
Charles William Mortensen died November 25, 2020 at the Legacy House in Logan, Utah. He was 72.

He was born on May 22, 1948 in Rigby, Idaho to Christian Mortensen and Viola Lake. He graduated from Highland High School in Pocatello, Idaho... Read More
Charles William Mortensen died November 25, 2020 at the Legacy House in Logan, Utah. He was 72.

He was born on May 22, 1948 in Rigby, Idaho to Christian Mortensen and Viola Lake. He graduated from Highland High School in Pocatello, Idaho in 1966 then attended Idaho State University. He later joined the Navy and served in the Vietnam War.

After receiving an honorable discharge, he began his career with the United States Postal Service. While in Pocatello, Charles met and married Susan Carver. They had five children and later divorced. He later married Linda Nystrom and together they made their home in Pleasant Grove, Utah.

He was an active member of the Church of Jesus Christ of Latter Day Saints.

He enjoyed traveling with his wife Linda and was an avid reader.

He is survived by his children Karlene Austin of Mapleton, Utah; Rick (Pam) Mortensen of Nampa, Idaho; Janet (Travis) Thurston of Nibley, Utah; Brenda (Troy) Hawker of Wellsville, Utah; Stacy Hollinger of Pocatello, Idaho; and Hollie (Mike) Nisson of Pocatello, Idaho. He is also survived by his brothers Earl (Shelly) Petersen and Jay (Nancy) Petersen of Spring City, Utah. He was the grandfather to 13 grandchildren.

He was preceded in death by his loving wife Linda; his parents; step fathers; his brothers Val Dean, Eugene, Johnny, his sister Teresa; and his granddaughter Lacey Mortensen.

The family would like to thank Legacy House of Spanish Fork as well as Primrose Home Health and Hospice for the wonderful care they provided for our dad.

Family and friends may visit at a viewing that morning from 9:30 - 10:30 am at Walker Sanderson Funeral Home, 646 East 800 North, Orem. Condolences may be offered to the family online at www.walkersanderson.com.
Read Less

To plant a memorial tree in honor of Charles Mortensen, please visit our Heartfelt Sympathies Store.

Receive notifications about information and event scheduling for Charles

We encourage you to share your most beloved memories of Charles here, so that the family and other loved ones can always see it. You can upload cherished photographs, or share your favorite stories, and can even comment on those shared by others.

Posted Dec 04, 2020 at 10:47am
My deepest sympathy to Charles family. I remember how he was always working on puzzles when I visited Charles and Linda. I will miss them very much. Love to all, Elaine Zuniga (Linda's sister)
Comment Share
Share via: 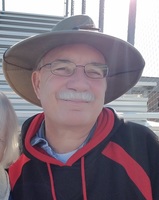