To share your memory on the wall of Charlotte Hadley, sign in using one of the following options:

To many who are reading this, this is just another tribute to someone’s lost loved one… but to those of us who knew her, Charlotte May Rensink Hadle... Read More
OBITUARY FOR CHARLOTTE MAY RENSINK HADLEY
September 10, 1931- October 22, 2020

To many who are reading this, this is just another tribute to someone’s lost loved one… but to those of us who knew her, Charlotte May Rensink Hadley, was an irreplaceable soul, a beloved wife, mother, grandmother, great-grandmother, neighbor and friend – a true daughter of our Father in Heaven.

Charlotte (“Char”) was born into a loving home, the only child of Charles and Elsie Rensink, on September 10, 1931 in Salida, Colorado. Her adventurous life began the day she met her long-time soulmate, Earl Louis Hadley, in June 1949. They were introduced in the lobby of a movie theater by a mutual friend. The movie that night was “South Pacific.” In her own words, Charlotte wrote, “’Some Enchanted Evening’ was playing in the background, promising a special life, which amazingly came true.” They were married on February 26, 1950.

Earl’s employment opportunities necessitated their moving every few years… from Idaho to Utah, Colorado, Oregon, California, Arizona, Kansas, Esterhazy (Saskatchewan, Canada), New York (Cornwall-on-Hudson), Bangkok (Thailand), and Invercargill (New Zealand), before retiring to Wilsonville, Oregon in 1978. Three active boys, Kent, Dale and Mark, accompanied their parents to these many locations and on incredible adventures. Charlotte and Earl’s 36th and final move brought them to Orem, Utah in 1994. They continued to enjoy an adventurous life together by getting in their motorhome and exploring the scenic beauty of their beloved Oregon coast as well as many places in the west, and even across the country.

Earl baptized Charlotte, along with Kent and Dale, into the Church of Jesus Christ of Latter-day Saints, when they were living in Madras, Oregon. Mark was later baptized by his father when he turned eight. While living in New Zealand, Earl and Charlotte, and their sons, were sealed in the New Zealand Hamilton Temple. Charlotte served in many capacities in the church, including Ward Primary and Relief Society President, Stake Relief Society President, and Ward pianist and organist.

Along the way, Charlotte became, not only a master “mover” but an accomplished seamstress and quilter. Her beautiful quilts grace the homes of most of her family members and many friends, and will be a lasting tribute to a life well-lived. If a life is measured by their influence in the lives of those they touched, then it can be said that Charlotte had a rich and successful life indeed. Nana, you will be missed more than we can say.

To plant a memorial tree in honor of Charlotte Hadley, please visit our Heartfelt Sympathies Store.

Receive notifications about information and event scheduling for Charlotte

There are no events scheduled. You can still show your support by sending flowers directly to the family, or planting a memorial tree in memory of Charlotte Hadley.
Plant a Tree

We encourage you to share your most beloved memories of Charlotte here, so that the family and other loved ones can always see it. You can upload cherished photographs, or share your favorite stories, and can even comment on those shared by others.

Plant a Tree in Memory of Charlotte
Plant a tree 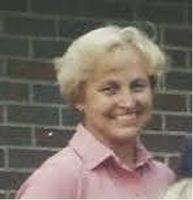 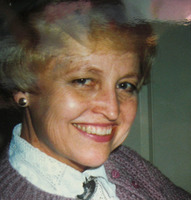