To share your memory on the wall of Clare Oliphant, sign in using one of the following options:

Clare Howe Oliphant Jr. 101, of Orem, Utah passed away peacefully January 15, 2021 at home surrounded by family. He was born June 11, 1919 in Payson Utah just at the end of the Spanish Flu Pandemic and WWI, to hard working pioneer parents, Martha Gertrude Hiatt and Clare Howe Oliphant.

As first born, Clare helped during the Depression years homestead, build cabins and serve his parents and siblings wherever possible in their many moves.

In November 1942 during WWII, Clare enlisted in the Army Air Corps and became trained as a flight engineer and turret gunner on a B26 Bomber. He flew many dangerous missions over Germany. His last flight in December 1944 resulted in his plane being rammed by a German fighter plane. Clare bailed from his damaged plane into German territory, resulting in being taken prisoner. He was a POW from December 24, 1944 to May 1945 when liberated by Russians.

Post war life found Clare, previously married to Doris Raphiel July 1944, in school at BYU. Education and learning was his goal and he graduated from BYU with a Masters Degree in Sociology.

Music was one of Dad's gifts. His beautiful singing voice blessed listeners in wards, weddings, special programs, choirs and funerals. He won state awards in younger H.S. years performing on Sousaphone and Cornet.

His profession for more than 30 years was with the Social Security Administration. As a member of The Church of Jesus Christ of Latter-day Saints, Clare served in many callings including four foreign missions with his wife Doris Raphiel.

Clare is survived by his children Martha (Bruce Arnell); David (Yvonne Oliphant); 11 grandchildren with spouses; 46 great-grandchildren and 10 great-great grandchildren. He is also survived by 2 sisters, 1 brother, 1 sister-in-law; many nieces and nephews; 4 step-siblings and spouses. Clare was predeceased by his wife Doris Raphiel; a son LeRoy Raphiel Oliphant; his parents; 2 sisters; 1 great-grandson and 3 brothers-in-law.

Funeral services will be Friday January 22, 2021 at 11:00 a.m. for immediate family members; Walker/Sanderson Funeral Home 646 E. 800 N. Orem, Utah. A viewing at the Funeral Home for friends and neighbors will be from 9:30--10:30 a.m. Friday morning prior to the services. Walker/Sanderson will provide a live webcast of the services which can be viewed later; Interment; Orem City Cemetery 1520 N. 800 E. Orem, with military honors.

Condolences may be offered to the family at www.walkersanderson.com. All please remember to wear masks with no covid infected visitors please! In lieu of flowers, donations may be made to The Church of Jesus Christ of Latter-day Saints General Missionary Fund.
Read Less

Receive notifications about information and event scheduling for Clare

We encourage you to share your most beloved memories of Clare here, so that the family and other loved ones can always see it. You can upload cherished photographs, or share your favorite stories, and can even comment on those shared by others.

Posted Jan 22, 2021 at 03:42pm
Uncle Clare was the most mellow person I have ever known. His hardhat and overalls was a symbol. He never saw an unsolvable problem. He always would find a way even if the solution was unique. When I was 5 years old, Uncle Clare and Aunt Doris took me to the top of Mount Timpanogos. I'm sure Uncle Clare carried me a good part of the way. Such a sweet and genuine man. Thank you for sharing the service with me. It was beautiful!
Comment Share
Share via:

My Uncle Clare was 101 years old when he died recently. He was a WWI vet and former prisoner of war in Germany.

My Uncle Clare was 101 years old when he died recently. He was a WWI vet and former prisoner of war in Germany.
A

Posted Jan 22, 2021 at 03:02pm
Our children have been so proud to have a great-great Uncle who served in the Army Air Corp, loved learning, and lived to 101. We visited with Uncle Clare when our Grandma Jeanne was in town, and always felt very loved and welcome by him. Our children were especially excited to attend his 100th birthday celebration and to feel a part of such a service loving family.

The funeral service was especially touching and we were thankful it was broadcast.

Posted Jan 22, 2021 at 02:22pm
I love Uncle Clare. The service was beautiful. The last time I was able to sit with him we were able to share many memories. The time I remember most was when I was 16 and Uncle Clare and Aunt Doris, myself and Scott and Jeff traveled from Utah to St. Louis, Palmyra, Washington DC, down to the Carolina's to see Brent Oliphant who was on his mission, then down to Louisiana. What a rode trip! Especially since I broke out with chicken pox before we reached St. Louis. So many good memories of Uncle Clare for all of my years. When talking to my husband when we got married I always referred to them and Doris and Clare. For the longest time my husband thought I was say Doris Sinclair. He thought it was one person, and in a way they were, as I always thought of them as one, they helped my family so much through the years.
Comment Share
Share via: 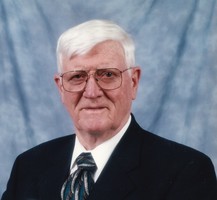