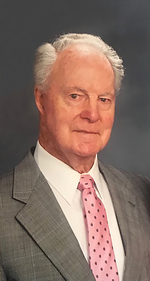 Clifford joined the Navy soon after he graduated from High School in Evanston, Wyoming. He served in WWII for three and a half years. He was a mechanic and worked on B24s and fighter planes. He served in the Western Pacific in the Palau Islands and on Iwo Jima. After his service in WWII he attended Utah State University where he was a member of the Air ROTC. He was a member of The National Society of Scabbard and Blade, the military honorary fraternity and a member of Sigma Tau, National Engineering Honorary Fraternity. He received signal honors while attending Utah State for standing first in the nation among the 680 cadets at summer camp at Wright-Patterson air force base. Because these ROTC students came from 15 leading colleges and universities of the nation and because this was the only summer camp of its kind in America his honor was one of national scope. He was selected because of high leadership, physical, and moral qualities. He also received the ‘Appointment of Distinguished Military Student’ in May of 1950 while attending Utah State. He carried these traits and was a man of character throughout his life.

After he graduated from Utah State University with honors, he held a career as a Civil Engineer.

He was devoted to his wife and family. He married Fae Byrne in Elko, Nevada on February 23, 1946. Their marriage was later sealed in the Salt Lake City LDS Temple. They had six amazing sons: Brent (Kelly), Craig (Janice), Kevin, Corey (Mia), Daryl, and Kirby (Jodi) Crompton. They were blessed with sixteen grandchildren and twenty-one great-grandchildren. They celebrated their 76th wedding anniversary this past February.

He was a wonderful father and grandfather. Clifford had a great love of the outdoors which he fostered and passed on to his sons. He loved fly fishing, rifle and bow-hunting, and camping. He enjoyed being an amateur radio enthusiast and had a variety of antennas and prototypes through the years. He had great talent for woodworking. He would select just the right piece of wood and turn it into something incredible. Along with the beautiful pieces of art he would make, at the request of a grandchild, a sword or a gun would be quickly crafted for the impending battle.

He is survived by his wife, Fae, and four of his sons. He is preceded in death by his two sons, Brent and Craig, and by his grandson, KJ.

At the time of his death, he was a member of the Lakeview 8th ward in Orem, Utah. He faithfully served in many capacities in the LDS Church.

A memorial service will be held Thursday May 5, 2022 at 12 noon in the Lakeview 8th ward chapel 1600 South 155 West, Orem Utah. Friends may visit with the family from 11:00-11:45 prior to the service at the church. Military rites will be performed at the church right after the service from the American Legion post #72