To share your memory on the wall of Colin Harris Miller, sign in using one of the following options:

Colin Harris Miller, 88, of Orem, Utah, passed away peacefully on January 5th, 2021. Colin was born September 7th, 1932 to Douglas and Annie Miller of Taber, Alberta Canada. He was educated in the Taber, Alberta, Canada school system. He was called on his first mission for the Church of Jesus Christ of Latter-day Saints to Buenos Aires, Argentina where he served for three years from 1952 to 1955. A highlight was working in the mission office as an editor of the Liahona magazine which he translated from English to Spanish. He also set up a mission basketball team and played throughout Argentina to introduce the missionaries and the Gospel to the people of Argentina. Upon his return, he attended Brigham Young University and graduated in 1958 with a degree in Business Finance.

He married the love of his life, Nancy, in the Salt Lake Temple in 1957. They were happily married for 63 years. After both Colin and Nancy graduated from BYU, they returned to Canada to work in the oil industry. Later, they returned to Utah where Colin attended law school at the University of Utah. Colin changed career pursuits to, developing land, financial planning, and ranching.

He excelled in many sports including basketball, baseball, and hockey. He also loved horses. He was passionate about the cutting horse industry and served a term as president of the Utah Cutting Horse Association. He participated in numerous cutting competitions throughout the western United States and was awarded with many saddles and beautiful belt buckles for his exceptional rides. He also was a managing partner of the Fort Ranch and its yearly production sale for many years. He loved serving people and made friends naturally.
While being a wonderful father and spouse, Colin served in many leadership positions in the Church of Jesus Christ of Latter-Day Saints including Bishop, Mission President in Bilbao Spain, and MTC President in Bogata, Colombia. He cherished these opportunities to serve the Lord and loved the people with whom he served.

More than anything else Dad was committed to and loved his wife and family. He loved spending time with them on projects and numerous adventures in the backcountry.

He is loved and will be missed by all who knew him. Colin is survived by his wife Nancy; their four children: Craig (Janet) Miller, Scott (Jennifer) Miller, Elizabeth (David) Weeks, Peter (Chairl) Miller; 14 grandchildren, and 10 great-grandchildren; one sister, Marilyn Steele and two brothers Don and Ian. He was preceded in death by his parents and two brothers, Leo and Robert.
Read Less

Receive notifications about information and event scheduling for Colin Harris

We encourage you to share your most beloved memories of Colin Harris here, so that the family and other loved ones can always see it. You can upload cherished photographs, or share your favorite stories, and can even comment on those shared by others.

Posted Jan 09, 2021 at 10:05pm
David Kitchen
It was a sad day for me when Colin and Nancy decided it was time to move from our ward. Nancy had hired each of our girls to help in her house with cleaning and I am quite certain we should have been paying her! Colin was my buddy in ward choir back when that was a thing and I will never forget the Big O with arms raised above his head. More recently he has helped me with some financial planning and he came to see me as recently as November. I will dearly miss those visits. He is old enough to be my father, Scott and I are the same age, yet he always treated me as an equal even though I probably had him explain the same thing each visit. I loved to see the picture of him in his office looking like he might come off the front of his horse. He explained to one of my daughters when asked if he was crashing, that no, he was winning!
Comment Share
Share via:
MR

Posted Jan 09, 2021 at 03:31pm
I only knew Colin because of our insurance work together. When you are such a fine man it doesn't take much to leave a lasting good mark on others and that is what Colin did with me. He will be missed and remembered fondly by all. My prayers for comfort during this time are with you.
Marilee Roose
Comment Share
Share via:

Posted Jan 09, 2021 at 02:01pm
Since I grew up next to the Millers, I've know Mr. Miller for as long as I can remember. Pete and I spent plenty of time running around their home and backyard as our backyards were connected. He was always kind and happy. Later in life I was fortunate to spend many bowhunting trips with Mr. Miller/Brother Miller and loved sitting around the camp reliving the "glory days" days of hunting. Brother Miller leaves a great legacy that I get to be part of hunting with his sons and grandsons who are some of my best friends. You will be missed, but always remembered.

Posted Jan 08, 2021 at 03:40pm
So very sorry to learn of this loss. The streets of heaven have truly gained a glorious angel among their faithful throngs. Sending prayers to the family for warm memories to comfort and provide peace to you during this sad time. Our memories are of wonderful times spent with this family during all too short vacations out west. May the Lord bless you and keep you, and make His face to shine upon you; and be gracious unto you.
Comment Share
Share via: 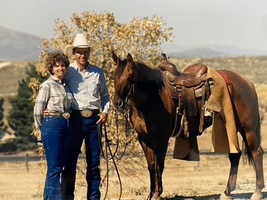 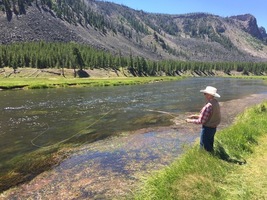 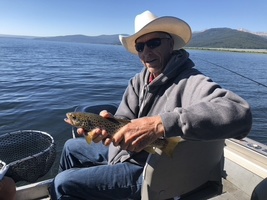 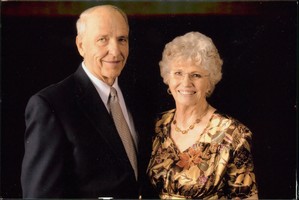