To share your memory on the wall of Colin Younkin, sign in using one of the following options:

Colin, though quiet, expressed himself vibrantly. He was an avid and creative writer, poet, film creator, and philosopher. He was also musically skilled, especially when accompanied by his older brothers. He enjoyed sharing laughter, tears, and emotions with those close to him.

He is survived by his parents and step-mother, Deborah, and his five siblings, James, Courtney, Christopher, Alex, and Kathy, and six step-siblings, Coriantomer, Naomi, Joshua, Rebekah, John Peter, and Angela. Family, friends, and those whose lives were touched by Colin are invited to attend his memorial service held at 2557 Dalton Dr., Springville, Utah 84663, from 12 p.m.-2 p.m. on Thursday June 10th, 2021.
Read Less

Receive notifications about information and event scheduling for Colin

We encourage you to share your most beloved memories of Colin here, so that the family and other loved ones can always see it. You can upload cherished photographs, or share your favorite stories, and can even comment on those shared by others. 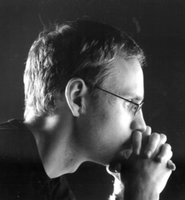