To share your memory on the wall of Colleen Kirk Kennedy, sign in using one of the following options:

Throughout her childhood, Colleen showed a talent for the performing arts. She started gymnastics at the age of 3 and would fall in love with dance and cheer throughout Junior High and High school. When she was 10 years old, Colleen started a singing and dance camp in the front yard (her Sunshine Group) with the neighborhood kids to keep them entertained for the summer. Colleen made many lifelong friendships growing up in her close-knit neighborhood and while she attended Mountain View High School. Colleen’s love and friendship came easily to those around her and was unconditional. She had a way of making everyone feel like their best friend and was considered a Sister to many that were closest to her. She had the biggest smile and a contagious laugh that could brighten our darkest days.

After high school, Colleen served a mission for The Church of Jesus Christ of Latter-day Saints in Akron, Ohio where she would meet the love of her life. She married Tim Kennedy in the Salt Lake Temple on April 9, 1988. They share two daughters, Cassidy and Jade. During their marriage, Colleen graduated from Bon Losee and opened up a salon in her home where she gained many more treasured clients and friends. It was also during this time Colleen was involved in a serious car accident and developed dependency issues. Tim and Colleen would later be divorced.

Several years following, she would find a home in a salon called Studio 210 where she would be introduced to her second husband Derek Briggs. She fell in love with the Briggs family and was welcomed into their home with ease. Sadly, they would also later be divorced.

Colleen’s health struggles were many and she endured countless procedures and doctors appointments to help improve her quality of life. Throughout her medical journey, Colleen never seemed to lose hope that she might one day recover and be able to enjoy the things and people she loved the most; spending time with her only granddaughter, Indie, attending concerts and movies, making beautiful jewelry, gathering with family for the holidays, laughing, and cuddling her cat named “Kitty.”

Funeral services and LIVE WEBCAST will begin Friday, April 23rd, at 11:00 am at the Mt Mahogany 1st Ward building at 1541 North 1300 West in Pleasant Grove with a visitation beginning at 09:30 to 10:30 am. Condolences and memories may be shared with the family on line at www.walkersanderson.com.
Read Less

Receive notifications about information and event scheduling for Colleen Kirk

We encourage you to share your most beloved memories of Colleen Kirk here, so that the family and other loved ones can always see it. You can upload cherished photographs, or share your favorite stories, and can even comment on those shared by others.

Posted Apr 28, 2021 at 07:29pm
Colleen and I served in the same mission and I was able to see the beginning of her relationship with Tim and attend their wedding. Colleen was beautiful inside and out. Filled with kindness. I reconnected with her a couple of years ago and was able to talk with her on the phone. Much had changed in her life but she was still kind and full of hope. Rest in peace my friend.
Comment Share
Share via:
MM

Posted Apr 25, 2021 at 06:19pm
I was in my world history class when I was a junior in high school anticipating the birth of my new niece or nephew. I was beyond excited and my teacher couldn’t get me to settle down. I said don’t you realize I’m going to be an aunt today for the first time? From that time forward Colleen was always a special part of my life. I loved buying her things especially the live little white bunny I bought her one year at Easter time. Sandra wasn’t as excited as I was and didn’t know what she was going to do with this bunny and why did I buy it for her? And I simply told her that Colleen wanted it and so I got it for her. Are used to enjoy going to Colleen’s salon in her home or studio 21 where ever she were to get my hair done and have a visit with her and discuss what was going on in our lives. She was a great confidant. It has been mentioned by almost everyone how beautiful Colleen was and she really was inside and out. She was so beautiful that I commented when she decided to go on a mission that the missionaries were not going to be able to focus on their missions anymore when she landed there. The last memory I have of actually being with Colleen was that our 1950s themed family reunion two years ago. She had been through hip surgery and pain and I didn’t realize that she had recovered so wellSo when they started playing the Bunnyhop she was first in line and I hooked onto her waist behind her and we bunny hopped all around in a circle and I kept saying I can’t believe you can do this I am so happy for you. And I was so happy that she could have fun that day. As others have said we will miss her laugh her tight hugs and so many sweet things about her. I love you Colleen until we meet again. Aunt Jeannie
Comment Share
Share via:
JY

Posted Apr 25, 2021 at 03:28pm
My beautiful Colleen.. my first little niece, I remember anxiously awaiting your arrival! You brought so much sparkle and sunshine to this world and our family- I believe you were born dancing! You were my little buddy all through your toddlerhood- you were so smart and happy and I remeber the feel of your little arm around my neck. If there wasn't laughter and good times in heaven before you arrived there, there certainly is now! I miss your laugh, tight hugs and twinkling eyes already! I can't wait to see you again. I love you so much! Aunt Janet
Comment Share
Share via:
MC

Posted Apr 23, 2021 at 09:51am
I've known Colleen since early teenage/high school years. She was always so kind to me and our family, always a warm smile and hug and genuine concern. People loved to be around her and I remember her and her whole family very fondly. Still wonderful and cherished friends. Our heart aches with the Kirk family at this time and we have you in our thoughts and prayers. We love you!
Comment Share
Share via:

Posted Apr 22, 2021 at 10:38pm
I'm a former missionary from the same mission that she honorably served in as a missionary for The Church of Jesus Christ of Latter-day Saints. I believe she has been called home by a loving Father in Heaven to serve a mission of love on the other side of the veil. She's definitely in a better place! Bless your hearts at this time, & may the Lord bless you with the peace that comes in knowing that the Savior loves each one of us, unconditional love that even Colleen has given herself in this life. ❤
Comment Share
Share via: 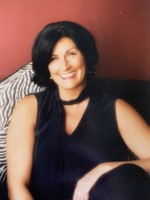 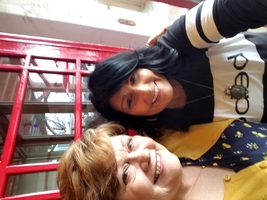