To share your memory on the wall of Cory Hinckley, sign in using one of the following options:

He married Bridget Lee of Spanish Fork, Utah, and they are the ... Read More
Cory J Hinckley died suddenly on March 9th 2021 in Provo, Utah. He was born February 17th 1981 in Salt Lake City, Utah, to Ronald Stanley Hinckley and Rhonda Park Hinckley.

Cory attended Provo High. He was a founding member of the Axe Bros, and most recently a partner of Legacy Productions. He enjoyed being part of the entertainment business and participated in many local events: Timpanogos Storytelling Festival, Love Loud concerts, Sundance Film Festival and various other local performances. Planning and producing events was a pleasure for him outside of work as well.

He went to Burning Man for many years where he DJ'd, bartended, hosted theme parties, showed movies and videos on a super-sized screen, built stages, set up light displays and sound systems. Burning man allowed him to share his creativity and become part of a world wide family that he loved. He also loved music in its more exotic forms and was always on the search for the next up and coming song, artist or group to share with friends and family on Facebook.

As a child Cory liked Anime programs. This early interest spawned decades of study into many Asian cultures and artistic expressions. Cory studied a wide range of topics and loved to share what he learned ... often in a lively discussion. Because of his kind advice and giving nature he made friends for life and as an organ donor, his charity and love will reach out to those he never met.

He is preceeded in death by his grandparents, Claude/Chad and June (Van Patten) Hinckley, J Nolan and Ruth (Massengale) Park and his aunt Francie/Elizabeth Montrose. Thank you to all who have expressed your sympathy and served our family during this difficult time.

To plant a memorial tree in honor of Cory Hinckley, please visit our Heartfelt Sympathies Store.

Receive notifications about information and event scheduling for Cory

There are no events scheduled. You can still show your support by sending flowers directly to the family, or planting a memorial tree in memory of Cory Hinckley.
Plant a Tree

We encourage you to share your most beloved memories of Cory here, so that the family and other loved ones can always see it. You can upload cherished photographs, or share your favorite stories, and can even comment on those shared by others.

Posted Mar 16, 2021 at 11:10pm
Dear Hinckley Family:
What a lovely tribute that helped us to learn more about your sweet son. We are so sorry for your loss. Our thoughts and prayers are with you at this time. Hugs! Dan and Karen Johnson
Comment Share
Share via: 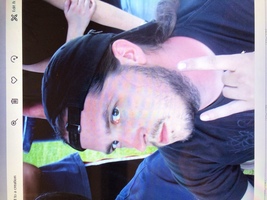 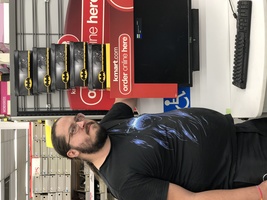