To share your memory on the wall of Craig Williamson, sign in using one of the following options:

Craig “Willie” Williamson passed away the evening of July 10th with family by his side. Dad had many health issues over the years and suffered from the advanc... Read More
Craig “Willie” Keith Williamson
March 9, 1950 – July 10, 2020

Craig “Willie” Williamson passed away the evening of July 10th with family by his side. Dad had many health issues over the years and suffered from the advanced stages of COPD.

Dad was born in Provo, UT to Keith and Marilyn Williamson. He was the oldest of 3 children and grew up with his brother Gary Williamson; sister Kerrylyn (Leonard) Lee; and Aunt Sheila (Clifford) Stubbs. We loved to hear the stories of their adventures growing up in Edgemont and the mountains of Provo.

Dad spent his life living in Utah County, growing up in Provo and then living and raising his family in Springville. He graduated from Orem High School in 1968 and then studied at Utah State for a brief time. Dad married Kathryn Robertson (later divorced) and had three children: Katie (Kelly) Dolar, Dax Williamson and Megan McDonald. Dad later married Diane McConochie who brought two more sons to the family: Bill (April) Church, Kendall (Lindsay) Church and together they had a daughter Whitney (Ethan) Miller. He was also the proud “Papa Willie” to 10 wonderful Grandchildren.

Dad’s life and careers were varied but legendary. He worked at Geneva Steel in several positions, he volunteered with the Utah County Jeep Patrol helping with search and rescue in the Provo area, and started as a volunteer with the Ski Patrol at Sundance Mountain Resort (formally Timp Haven) in the early 1970’s. After volunteering for several years, it was only natural that he move into a full time position on the mountain.
Willie spent 30+ years at Sundance and loved every minute, it was his second home. He was a skilled Ski Patrolman and was triggering controlled avalanches way before it was cool. You always knew it was Willie coming down the hill from his distinct turns and form, he was known as the best skier on the mountain and everyone wanted to Ski like Willie.

Dad raised all of his kids on that mountain. We all thought getting to the resort hours before it opened and then leaving well after hill sweep was normal for everyone. Dad was dedicated and we were lucky to experience those days on the hill with him and his Ski Patrol friends. There are so many stories and experiences to tell!

For many years in the off season (Summer) he worked at the Double R Ranch at Sundance, taking care of the horses and supervising the property. He also worked as an EMT during the summer theater programs at Sundance.

Dad grew up in shoe repair shops learning the unique trade from his Uncle Vern and his Dad, Keith who were also Cobblers. He opened Lucky Sole shoe repair in Lehi after fixing shoes out of his home garage for many years. Lucky Sole has been a mainstay on Lehi Main street for over 20 years with many loyal customers and friends. Luckily, Dad was able to train his son Dax, on how to master the art of saving soles - so the legacy of Lucky Sole will continue to provide boot and shoe repair to the Lehi and surrounding communities.

Dad is preceded in death by his parents Keith and Marilyn and his brother, Gary. He is survived by his family and many friends who will continue to live life to the fullest and breathe the fresh air every chance we get.
Remember – shine your shoes, always dress in layers, make sure there aren’t any wrinkles in your socks, be at the last chair if you want to go on hill sweep and always, ALWAYS, make one more run – you never know if it will be your last.

Craigs wish is to be cremated. A celebration of his life is being arranged, more details to follow. Please share your memories and pictures on the memory wall, we would love to have them! At www.walkersanderson.com

A family visitation/open house is scheduled on Sunday, July 26th from 5pm-8pm at Lucky Sole Shoe Repair, 173 W. Main Street in Lehi, UT (outside patio). This is an opportunity to give condolences to the family and share a story or two about Willie - there will not be a formal program. Due to COVID-19 restrictions, we ask that you try and stagger arrival times and abide by all current recommendations from the local health department.
Read Less

Receive notifications about information and event scheduling for Craig

We encourage you to share your most beloved memories of Craig here, so that the family and other loved ones can always see it. You can upload cherished photographs, or share your favorite stories, and can even comment on those shared by others.

Posted Jul 20, 2020 at 04:10pm
I loved to visit with Craig "Willie" when I'd stop by his shop on Lehi Main Street. He would always complete repairs perfectly. He liked to say his shoe repair had excellent craftsmanship, was cheap, but not fast. I enjoyed his company and was lucky to call him "friend." Enjoy those ski slopes in the sky! 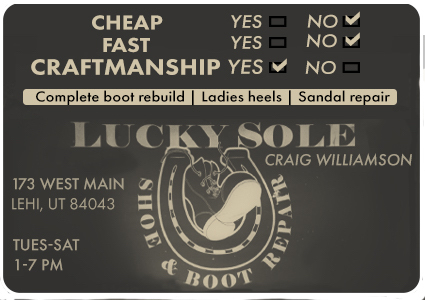 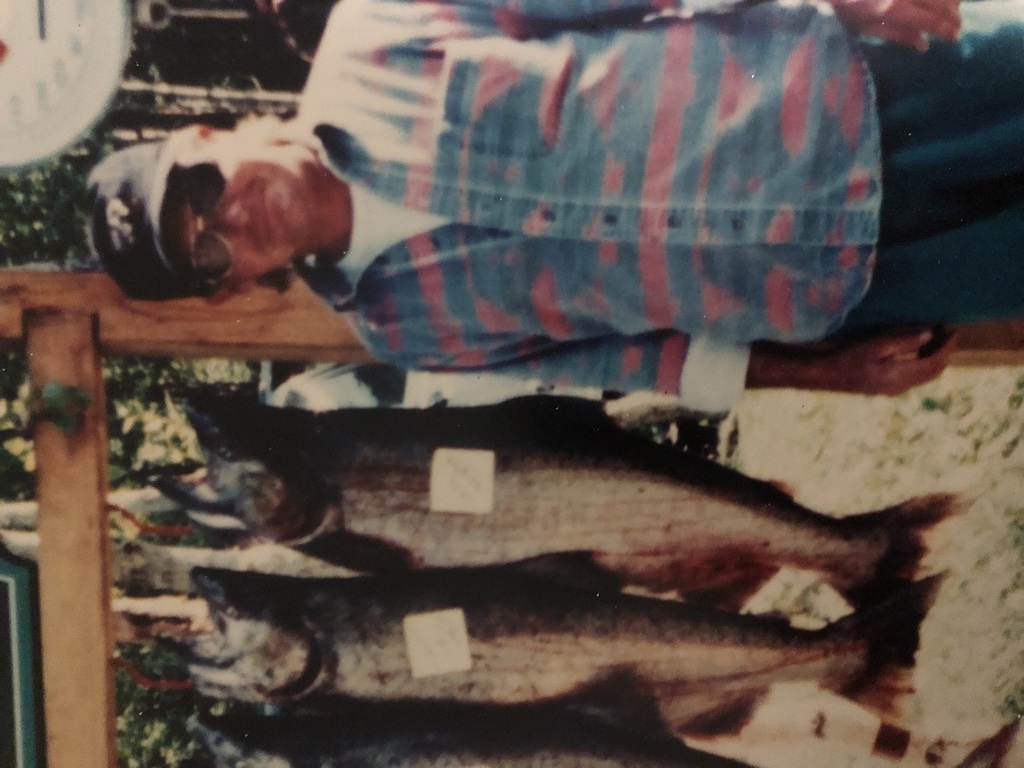 Posted Jul 18, 2020 at 01:53pm
Always a friend when you needed one, a mentor on request and an example for all. It was a privilege to watch him lead his family entourage on the mountain. To absorb his enthusiasm for doing the right thing no matter the challenge at hand ended up being nothing less than life changing for many, myself included. He truly did work to saves souls.
The tender empathy Willie exuded as he worked with the injured on the mountain was inspiring, It seemed like he was able to speed up the healing process with a soft word and a smile. and he understood that prevention of many injuries and issues could be achieved by thinking ahead, planning and doing something. Aware of the slope, the potential hazards, the changing conditions, Willie was the master of adjustment. He made it seem easy. He had the capacity to respect everyone, and love most, and usually had more patience than everyone in the room, as he led by example to achieve success. His turns were tight, balanced, smooth and appeared effortless, and yet it was a discipline and dedication and immense amount of hard work that led him to that moment of skill, satisfaction and bliss. It was an honor to be able to spend some time and build memories worthy of cherishing forever. To the kids, thanks for sharing your Dad.
From another "Lucky Sole", thanks for repairing mine.
Richard Reiser
Comment Share
Share via:
KD

Richard, thank you for these beautiful words and sentiments about Dad. All so true. ~Katie
S

Posted Jul 16, 2020 at 11:46am
I saw Willy many times up skiing, the kind man he has been to me will never be forgotten and appreciated so much! The conversation with him standing off the side of the run, we’re happy and positive, I always looked forward to seeing him. He is so loved by family and friends, I’m honored to be one, you will be miss, love you forever, Willy!
Comment Share
Share via:
CB

Posted Jul 14, 2020 at 03:55pm
I spent many hours on the slopes of Sundance with your Father . He was a wonderful individual and always had a chuckle in his greetings of Hello. All of us on the Ski Patrol including Kim, Ed, Mike, Clyde, Tom, Paul, Sticks, and many others always enjoyed and respected "Willie" and were thankful he was there with us. He will be missed and we will see him again in Heaven when we also get there. !! Thank you for being my Friend Craig. Charlie Beeder
Comment Share
Share via: 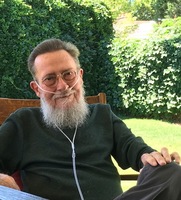 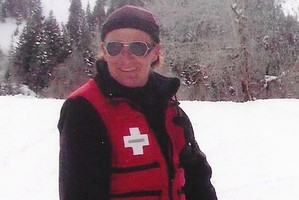 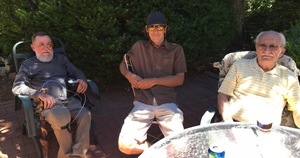