To share your memory on the wall of Daniel Nelson, sign in using one of the following options:

Daniel Lloyd Nelson, age 58, died unexpectedly late Wednesday night, December 2nd, of 2020. Even during his battle with heart failure, he spent his final moments letting those around him know how much he loved them.

Daniel was born Oct. 24, 1962, within the same region of Utah we all knew him to love so much. He lived most of his younger years within Tacoma Washington, where he graduated, came back after serving an LDS mission in Fukuoka, Japan, and then served for several years in Turkey for the U.S. Air Force.

He had so many interesting and unexpected stories for every situation. Even towards the end of his life, he could always surprise those closest to him with things he knew or had done. He would use those stories to crack a smile or joke whenever he saw the opportunity, and would leave a room completely starstruck with some of the lines he could drop before walking out.

He had a deeply rooted passion for language and culture. He was amazing with words, and waited till the best moment to use them. He was unapologetically himself, with words, mannerisms, the phrases he wore on his t-shirts, and had more love and generosity in his heart than his body knew what to do with.

His interests were always evolving, and he was constantly searching for new information, though he was consistent in his favorite studies of language. He listened to hundreds of books on tape in a large variety of languages, though the ones he studied most were Japanese, German, and Korean.

He was devout in spirit and belief as a member of the LDS church, and never wavered in his faith. He so often used his faith to fuel him to be a better person, and to constantly give to all others around him in need. He was married and sealed within the Seattle Temple, where he then raised two twin daughters, and cared deeply for them even through the trials of being widowed.

Daniel did so many impactful things within the course of his life, and gave everything he had in him to everyone else, before ever thinking of what was left for himself. He was incredibly stubborn, and crude, but never let anyone ever worry about him till the day he died. He was unbelievably understanding and kind, and never made you feel unsafe with him. He was always an open book to what he thought, and all you had to do was ask to get a glimpse at a page of his life.

Daniel also had a love affair he openly displayed with Nutter Butters, and orange juice that he was in no way shameful of. Even when struck with the final events of his life, he still asked for a snack and some orange juice before taking time to figure out what was happening. He is survived by his two daughters, Holly and Julianna, who inherited his quick wit, and a near army of family and friends, who will tell stories of him for years, long after his unexpected passing.

A funeral service will be scheduled in his honor and memory of his life for December 10th, 2020 at 11am at the Walker Sanderson Funeral Home in Orem, Utah. It will be followed by the burial beside his departed wife, Stacey Ann Christensen-Nelson, at the Orem City Cemetery.
Read Less

To plant a memorial tree in honor of Daniel Nelson, please visit our Heartfelt Sympathies Store.

Receive notifications about information and event scheduling for Daniel

We encourage you to share your most beloved memories of Daniel here, so that the family and other loved ones can always see it. You can upload cherished photographs, or share your favorite stories, and can even comment on those shared by others.

Posted Dec 06, 2020 at 03:15pm
I am so sad that my brother Daniel passed away. I loved him so much and always will. He and I were close. I am thankful for the time that I had with him while he was alive. We may not have talked often but when we did it was probably a 2 hour conversation. On our birthdays we'd call each other and wish a happy birthday. He was such a great brother. Always very giving and if you needed something, if he had the means to help you out, he'd do it no matter the sacrifice it might have been sometimes. I am going to miss him so much! Daniel, I know you won't read this but I want you to know that you were and are still very important to me and I know you're with mom and with Stacey and other family that has gone on to the other side before you. I know you're at peace and will be watching over your girls. Until we meet again I'm giving you air hugs and will look forward to seeing you again.

My heartfelt condolences to the family. I pray that you will find peace and be blessed with many wonderful memories.❤🙏❤ Anita Hawes 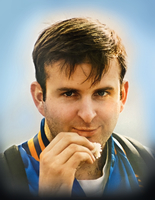 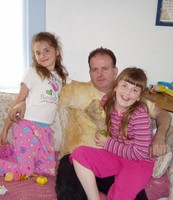 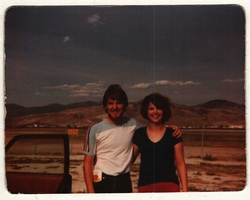