To share your memory on the wall of Dixie Kirkwood, sign in using one of the following options:

Print
Dixie Jackson Kirkwood passed away in her sleep on March 8, 2021, two weeks after undergoing heart surgery. She was 78 years old.

Dixie was born and raised in Hill Spring, a small, rural town in southern Alberta, Canada. The baby girl ... Read More
Dixie Jackson Kirkwood passed away in her sleep on March 8, 2021, two weeks after undergoing heart surgery. She was 78 years old.

Dixie was born and raised in Hill Spring, a small, rural town in southern Alberta, Canada. The baby girl to Samuel and Iona Jackson, Dixie had seven older siblings and six older half-siblings who helped teach her patience, perseverance, and independence. Dixie also learned the value of hard work at a very young age, in part, by fulfilling her daily chore of fetching milk cows before dawn riding bareback on her favorite horse. She was a high school varsity letter athlete in basketball and track, and carried her competitive spirit throughout her life in every card or board game she played.

In 1964, Dixie left her small town behind for the City of Light, serving as a missionary for The Church of Jesus Christ of Latter-day Saints in Paris, France for two years, where she would eventually meet her future husband, Stephen Kirkwood. The pair would serve again 49 years later as senior missionaries for the Mormon Handcart Treks Mission at Six Crossings in Wyoming.

Steve and Dixie were married in the Cardston Alberta Temple in August 1966, honeymooned in Yellowstone National Park, then settled in Utah for the next half-century, with a brief detour to Texas after Steve was drafted into the U.S. Army during the Vietnam War. Steve and Dixie called Riverton home for more than 30 years, where they raised their four children, then later empty-nested in their dream home in Payson. Dixie devoted her life to her children, taking on work to help make ends meet, always supporting their wide variety of pursuits, acquiring pets on their behalf without her husband’s knowledge, and carving out a life of opportunity for those she cared for most.

Dixie’s penchant for work made her excel in hobbies (quilting and crocheting), education (earning straight A grades while pursuing her Associate’s Degree in her late 40s), and various business pursuits, the last of which as an Office Manager for more than 20 years. Even in earning a little extra income, Dixie’s aim was to enrich others’ lives and not her own.

Dixie was known by different titles in her life – the Avon Lady, the Chocolate Lady, occasionally the Canadian – but cherished her title of Mother (and later, Grandmother and Great-grandmother) above all. She strived to teach her children to be kind and truthful, to be well-rounded and hard-working, and to love the Lord. She loved unconditionally and spent every day of her life in the service of those she loved. Dixie left this world with no resentment, for despite her imperfections, she was perfect in her ability to frankly forgive. She gave more than received, praised more than was honored, and hoped the best for all around her. She deserved more than this life gave, but her family is comforted in the knowledge that she has received her eternal reward.

Services for Dixie will be held beginning at 11:00 am on Friday, March 12, 2021, at the West Mountain 4th Ward Chapel, located at 902 West 400 North, Payson, Utah, and broadcast via YouTube at the following link: https://www.youtube.com/watch?v=847DDplGaak

A viewing will be held there the same day from 9:30 am to 10:30 am. Flowers and condolences may be sent to Walker Sanderson Funeral Home, 646 East 800 North, No. 4241, Orem, Utah 84097. Condolences and memories may be offered to the family at www.walkersanderson.com.

Receive notifications about information and event scheduling for Dixie

We encourage you to share your most beloved memories of Dixie here, so that the family and other loved ones can always see it. You can upload cherished photographs, or share your favorite stories, and can even comment on those shared by others.

Posted Mar 16, 2021 at 05:25pm
Steve,
I was so very saddened to hear about Dixie passing. I wish I could have told you this in person. My prayers are with you and your kids and grandkids. I have the fondest memories of Dixie. I also have great memories of the times Bob & I spent with the two of you when we would stay at your house on our way to Arizona. 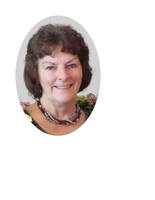