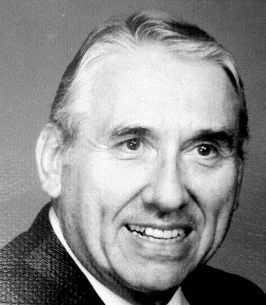 It is with sorrow that we announce the death of our Father, Grandfather, and Husband Dr. Don Keith Whatcott DDS (93), who passed away on June 1st, 2022

Keith was born in a small home on May 13, 1929, in Provo, to Hearl Devello and Valera (Snow) Whatcott. He grew up in a loving family of four children and graduated from Provo High School. His family were active members of the Church of Jesus Christ of Latter-Day Saints (LDS), and he had a fervent testimony, even from a young age.

He was an active member of the LDS Church his entire life. As a young missionary he served in Wales, UK. Later, he also served missions at Cove Fort- LDS Historical site, the Missionary Training Center, and Temple Square in Salt Lake City, UT. He loved his service and would talk to anyone he met about the LDS Church. He was also known for his strong tenor voice, singing in church for all to enjoy, and sending his praises to the Lord.

Keith married in 1952. He attended dental school at Northwestern University in Chicago, IL, where the couple welcomed twin girls in 1954. Two sons followed after they moved back to Provo, UT. It was in Provo where Keith established a dental practice. He was skilled and innovative with his practice and specialized in alleviating headaches through Temporal Mandibular Joint therapy. Keith started a pre-dental class at BYU mentoring students. His love for dentistry, and for others, drove him to encourage young people to pursue a career path in his field.

In 1964 Keith was a single father of his four children. At this same time, his best friend and past dental school classmate, George Vogel, died unexpectedly. Keith selflessly sacrificed his time helping with George's dental practice until it could be sold. He also helped George's widow, Gwen, with their five children, often taking them camping and skiing.

In 1967 Keith and Gwen were married. The blended family of nine children grew over the years to a total of thirteen. Keith had a huge heart and loved his “chosen” children every bit as much as his blood-related children. He had a gift for loving everyone.

Keith and Gwen knew that an important part of uniting a blended family was to give them shared, fun experiences together. They made this possible by taking them on frequent family vacations. Traditional trips were to Mexico, Lake Powell, Yellowstone, and many sites of LDS church history.
Gwen passed away in 1989 after 21 years of marriage. Later he met and married JoAnn Williams Cardon. Yet again, he graciously included JoAnn's 4 children as if they were his own. JoAnn passed away in 2010. Despite the losses Keith endured, he was resilient and always concerned for the welfare of his entire combined family.

At age 82, in 2011, Keith was blessed to be married a fourth time, to Thelma Dalton Dalrymple Wright. Both had been happily married several times previously but believed whole heartedly that you can always find love again.

Keith had many wonderful attributes including but not limited to talking with strangers, tinkering, purchasing gadgets, skiing, boating, laughing, hunting, singing, teasing, ticking (aka 'playing the banjo' on you), feeding loved ones ice cream, practicing dentistry, missionary work, and loving all his children.

He was PRECEDED IN DEATH by his parents; his brothers Calvin and Weston; his first 3 wives; his son Eric Vogel; chosen son Anthony Cardon, Son(s) in law Randy Loveless and Craig Ratcliffe.