To share your memory on the wall of DonaLe Henderson, sign in using one of the following options:

When she was eight years old, in the 3rd grade, she met the newest boy in her school and knew the moment she met him “this is the one for you.” She also discovered they were her new neighbors. As she puts it, “The rest is history!” He was the one. Sid Henderson became her best friend and sweetheart for the next 78 years. They were married March 18th, 1945 in Pocatello, Idaho, by his father, when Sid was on leave as a World War II Merchant Marine.

As a young girl, she played the piano, was a cheerleader for Pocatello High School and was a beautifully talented dancer, having the opportunity to perform in many different programs. She attended Stephens Women’s College in Columbia, Missouri, for one year and attended the University of Washington to study children’s education. She got her real estate license when she was 65 years old and enjoyed this vocation for 20 years.

Together, she and Sid, raised a family while living in Seattle, Washington; Oceanside, California; and Santa Rosa, California. They had seven children – 1 daughter and six sons. Her family was her greatest joy. She loved visiting with family and friends, UNLESS there was a BYU football game on, in which case you would be invited to call or come back later. If the Cougars were losing, you could find her scrubbing the floor and praying.

They served the Lord faithfully in numerous church callings and as Mission Presidents over the Charleston West Virginia Mission for the Church of Jesus Christ of Latter-day Saints. Following their mission, they settled in Orem, Utah, where they remained. They also served a mission in Granada Spain together, both attempting to learn Spanish for the first time, and she later served at the Provo MTC.

She never passed up a lunch date, a good hamburger and chocolate shake, a run to Taco Bell, or especially a KFC three-piece dinner with a chicken leg. She enjoyed traveling and living life to the fullest. She loved her Wednesday afternoon Rummikub games and old movie nights with her dear friends, Joyce and Corene. For the past two years, she loved living at Treeo, and we thank the staff and her friends for their tender loving care.

Her love of the Lord was evident in the way she lived her life each day by reaching out and being a friend to all. She was a light to all she came in contact with. She loved serving as the Secretary/Treasurer for Daughters of the Utah Pioneers, attending and serving in the temple, and singing in the ward choir. She truly was the brightness of hope to us all and will be greatly missed.

DonaLe is survived by her children: Sidney B. Henderson (Joyce), Dora Louise Hunter (Rich), Dean Henderson (Pam), David Henderson (Stacy), Carl Henderson (Kirsten), Jeffrey Henderson (Cindy) and Thaddeus Baldwin (Maria). She has 27 grandchildren and 42 great-grandchildren. Her siblings: Diane McMasters and Don Cotant (Faye). She is preceded in death by her parents, her brothers John Cotant and Richard Cotant, and her sweetheart, Sidney B. Henderson.

A viewing, open to the public, will be held Sunday, March 14, 2021, from 6-8 pm at the Walker Sanderson Funeral Home, 646 East 800 North, Orem, Utah. Due to Covid restrictions, the funeral held on Monday, March 15, 2021, will be by invitation only. Services can be viewed live at 11 am or viewed later at www.walkersanderson.com. Interment will be in the East Lawn Cemetery in Provo, Utah. Messages of condolence may be sent through www.walkersanderson.com.
Read Less

To plant a memorial tree in honor of DonaLe Henderson, please visit our Heartfelt Sympathies Store.

Receive notifications about information and event scheduling for DonaLe

Print
Due to Covid restrictions, the funeral held on Monday, March 15, 2021, will be by invitation only. Services can be viewed live at 11 am or viewed later at www.walkersanderson.com.

We encourage you to share your most beloved memories of DonaLe here, so that the family and other loved ones can always see it. You can upload cherished photographs, or share your favorite stories, and can even comment on those shared by others.

Posted Apr 05, 2021 at 01:46am
We want to express our condolences on DonaLe’s passing. She was a great lady. Thank you for sharing the video of her funeral. We would like to have been there. Bonnie appreciated being included. It was a very special service.

Your mother was a great friend to Flo. The bond they developed during those raising-the-kids-years in Santa Rosa was really something. We expect that DonaLe was one of the driving forces behind the 1950’s version of the “go fund me” effort that provided a ticket for Flo to go to Australia when her brother died unexpectedly. Flo so enjoyed your parents’ visits over the years.

It was your mother that suggested Mary work for your father after Bonnie left to get married. The day to day association was greatly appreciated as well the help getting Mary to college. DonaLe had many good ideas.

Posted Mar 16, 2021 at 03:50pm
As an employee at Orem Co Hospital ER we offer our condolences. Your adorable mom/grandma was a gem to have in our ER. She was such a sweetheart and it was our pleasure to have gotten to know her. We couldn't get over how young she looked. Her hair and skin were perfect. May she rest in peace and rejoice in seeing her husband who we are sure she missed. God bless!
Comment Share
Share via:
NR

Posted Mar 16, 2021 at 12:41am
That beautiful mountain was smiling down on your sweet mother and grandmother and friend today. She LOVED it so!!! I feel so blessed to have become acquainted with her in the last few years, as we served together at the MTC… What a marvelous lady she truly was!!! There were still so many things I wanted to know about her and share with her... I did learn so many tender things about her at the funeral today though. It was such a beautiful funeral and tribute to her as your mother and grandmother. She was dearly loved at the MTC.
One of my favorite memories of her was when she told me that she had decided to move away from her home. She took me home with her one day and showed me all around and reminisced about the many things that took place there and how fond she was of her home, but that she was ready to leave now and that she was entering into a different season in her life. She really wanted to spend time traveling and not have the responsibility of her home. We then went over to the TreeO and had lunch and she showed me her cute little place that she was so excited to move into. Not even a two bedroom. And she said she was just going to bring a twin bed, so she would have more room in her bedroom. 😜. It had everything she needed PLUS the view of that magnificent mountain‼️ I remember thinking what a wise woman she was to make that decision and look forward to other wonderful things that might come her way. Especially at her age! I realized that day, that material things were not important to her. Her priorities were with her family and loved ones. What a wonderful example of righteous living she was throughout her whole life. I feel so blessed to have known her! We had many wonderful visits over lunch or breakfast and between sessions at the MTC. I will always hold them dear to my heart and cherish them❣️ What a privilege for all of you to call her mother and grandmother and great grandmother ‼️ My Fondest Love to all of you, Nancy Read 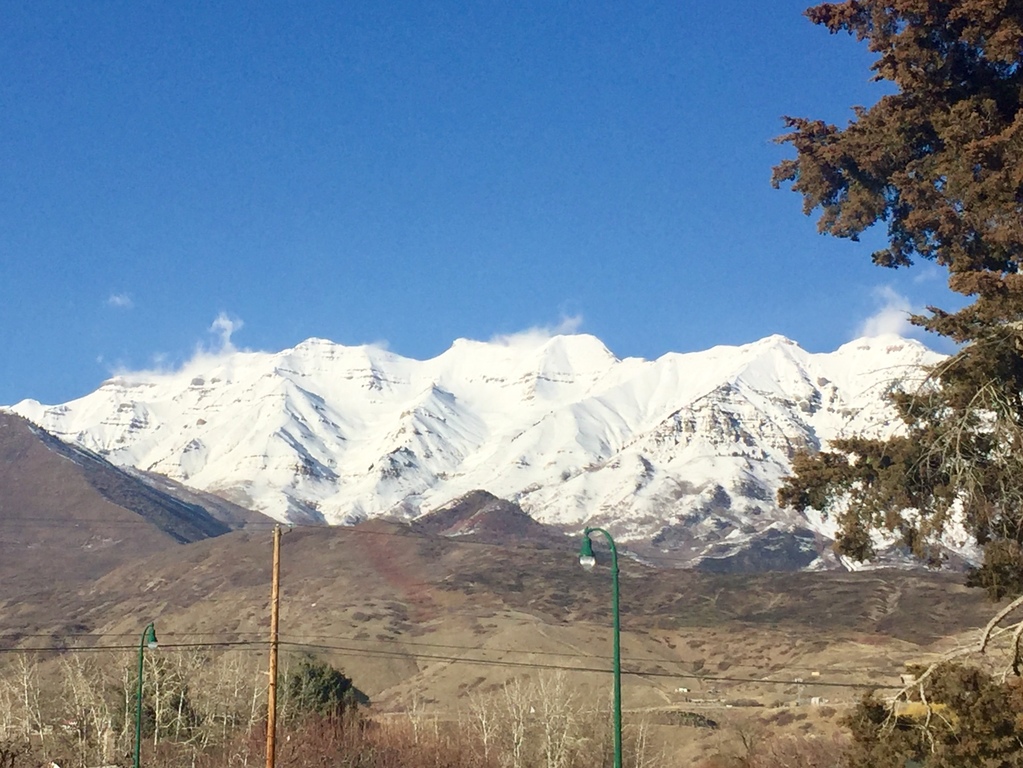 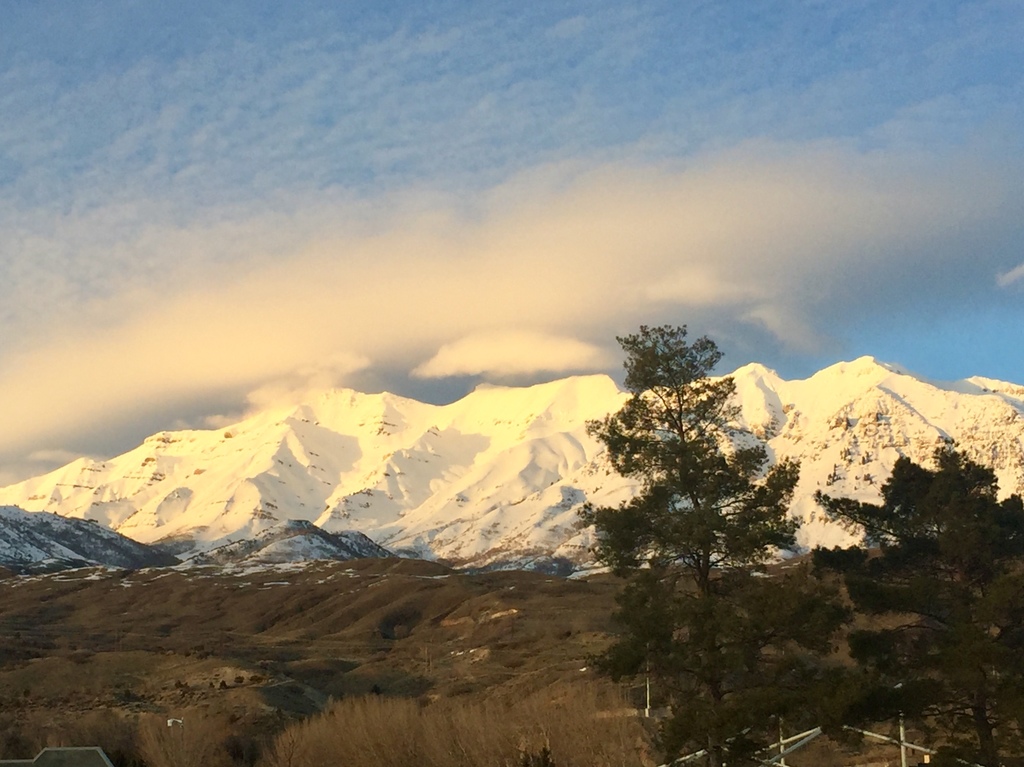 Posted Mar 14, 2021 at 07:28pm
Dora (Ladybug), my dear friend. Just a little note to let you know I’m thinking about you today. Sounds like your mom was an awesome lady. Tony Galovich called the other day to let me know about her. Some other friends you know are the Ures. They are also in my ward here in Woodland. They are travel buddies of ours. We were world travelers until Covid came along. 😖
Anyway, I hope you and all of your family are well. My most sincere condolences to you. Knowing we will see our loved ones again is so comforting.
Take care my friend... Love, Nolan
Comment Share
Share via:
CP

Posted Mar 13, 2021 at 11:13pm
If you were lucky enough to meet DonaLe, you never forgot her! She was an absolute ray of sunshine! I’ll never forget all of the wonderful Santa Rosa memories! DonaLe lit up any room she walked into. Her warmth, and kindness were just amazing. Each time you had a conversation with her, she made you feel like you were the only person in the room. DonaLe was such an incredible example to me of a true disciple of Jesus Christ. I will miss her Christmas cards, and letters so much! She never ever forgot to look out for my Dad. My Mom passed away 10 years ago. DonaLe wrote him letters, and cards all the time to make sure he was okay. Her kindness knew no bounds. I’m so grateful she has been reunited with her sweetheart Sid. My parents just gained another beautiful friend. You’ll be missed DonaLe, but never forgotten! ❤️😇❤️
Comment Share
Share via: 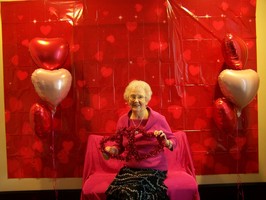 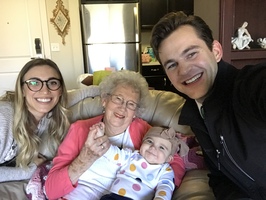 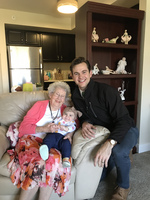 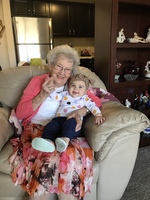