To share your memory on the wall of Fred Miller, sign in using one of the following options:

Our dear brother Fred passed away after a courageous fight with MDS (Myelodsplastic Syndrome} on May 31, 2020. He will be sorely missed. Fred was born in Provo, Utah March 10, 1949 to Louis J. Miller and Maud Mae Lee. He grew up at Olmsted, located at the mouth of Provo canyon. He graduated from Orem High School, and then served in the U.S. Army for two years at Bamberg, Germany during the Vietnam war. After the military, he continued his education at Utah State University. Fred had a long and successful career, retiring as a manager from Utah Power and Light. He was later employed by Orem City assisting with their new street light placement.
Fred loved the outdoors, and was an avid hunter, skier, and loved sailing. His hunting passion took him to Alaska three times, the Henry Mountains, Boulder, and many other places. His home displays some of his marksmanship. On one trip to Alaska he bagged a moose, grizzly bear and goat. He was a member of the Sundance Ski patrol for about six years, and his love for sailing took him not only to lakes in Utah, but also to the San Juan Islands as well as the British Virgin Islands.
Fred had an inquisitive mind, always looking and trying to learn. He was very artistic and creative. He could find and create beauty in items not seen by others. He discovered and created many precious gems from various kinds of petrified wood found on his rock hunting expeditions. In New Mexico he found agatized petrified wood, and in the Virgin Valley of Nevada he found petrified wood with high quality opal. On another outing, he found an almost complete 9 x 13 ammonite with vibrant colors of red, green, and gold. Fred enjoyed his membership and association with other rock hound lovers in the Timpanogos Gem and Mineral Society.
The family expresses their appreciation to Nurse Nancy, and the other aids that assisted during this time of need.
Fred is survived by three sisters, Janice Maxwell of Orem, Shirley (Jim) Pyne of Ivins, and Toni Daley of Boise, and many nieces and nephews. He was preceded in death by one brother, Louis Lee Miller, and his parents. Condolences may be offered to the family at www.walkersanderson.com
Read Less

To plant a memorial tree in honor of Fred Miller, please visit our Heartfelt Sympathies Store.

Receive notifications about information and event scheduling for Fred

We encourage you to share your most beloved memories of Fred here, so that the family and other loved ones can always see it. You can upload cherished photographs, or share your favorite stories, and can even comment on those shared by others.

Posted Jun 14, 2020 at 08:51pm
Fred and my husband Frank Bonarrigo became great friends in Bamberg, Germany during their Army days. We visited him in 1977 and he came with us to The Kentucky Derby a couple years later. Good memories. Frank passed March 27th, 2020. They are together sharing Army stories! RIP Fred and Frank.👍
Comment Share
Share via:
DF

Posted Jun 04, 2020 at 01:37pm
We are so sorry to hear of Fred's passing. We've enjoyed many rock hounding outings with him the last few years and will miss his presence. We send our condolences to your family. Denise and Richard Farley
Comment Share
Share via:
SL

Posted Jun 03, 2020 at 08:27pm
I was saddened to hear of Fred’s passing. Amazing guy he was, although a very quiet man he enjoyed life to the fullest. We used to get together with friends and sports cars we all loved, from Jaguars, Porsche’s, and Fred’s very fast Karmann Ghia. Our trips to McCall Idaho where regular event each year, so much fun. God’s speed my friend RIP.
Comment Share
Share via:
EM

Posted Jun 03, 2020 at 11:59am
Fred was a great childhood friend. We had wonderful times roaming the mountains around Olmsted, swimming and fishing in the Provo river. He could always out fish me. We could stand side by side and he would catch them and I wouldn't. I am amazed we survived our childhood. We both should have drowned several times. We had so much fun and adventure. So sorry to hear of his passing. Ed Miller
Comment Share
Share via: 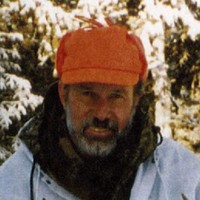 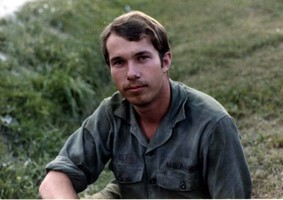 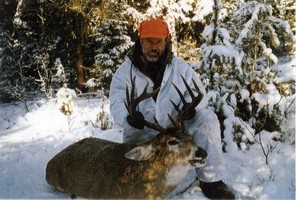