To share your memory on the wall of Garren Echols, sign in using one of the following options:

Print
Our beloved father & Papa, Garren Don Echols, Sr. was called to his heavenly home on July 18th, 2020 after a short illness. Garren was born in Tucson, Arizona on June 27th, 1945 to Malon and Elna Echols, the oldest of six siblings.

Afte... Read More
Our beloved father & Papa, Garren Don Echols, Sr. was called to his heavenly home on July 18th, 2020 after a short illness. Garren was born in Tucson, Arizona on June 27th, 1945 to Malon and Elna Echols, the oldest of six siblings.

After graduating from Phoenix Union High School, he served an honorable mission for the Church of Jesus Christ of Latter-Day Saints in the Northern California mission. During his mission he met his eternal companion and shortly after his return he married Susan Lynn Randall (Jackson) in the Mesa, Arizona temple on December 15th, 1966 where they were sealed for time and all eternity. They raised four children while living in Phoenix: Dawn (Eric) Farr, Andrew (Rachel) Echols, Julie (Karsten) Walker and Garren Jr (Debra) Echols. They also are the proud grandparents of 17 grandchildren.

Garren followed in his father’s footsteps with a career with Mountain Bell in Arizona. He began as a janitor and worked his way up to lineman ultimately retiring as a central office technician. While working for Mountain Bell he started his own business and after 15 years he retired to work for himself full-time. He ran a successful home security business for over 40 years where many of his customers had been with him since the beginning.
He was a lifelong member of the Church of Jesus Christ of Latter-Day Saints he served in many callings throughout his life. He was involved with the youth in many capacities, but he was especially passionate about serving as the Ward Mission Leader. He loved associating with the full-time missionaries and had a lifetime of faithful service in support of missionaries.

Garren had a heart of gold and was always willing to provide aid to anyone in need. He would give the shirt off his back and always regarded helping others as the right thing to do. He had a friendly smile and a warm greeting for friends and family alike. He had a remarkable work ethic and he instilled that sense of responsibility into his children. His favorite hobby was dressing up as Santa Claus for friends, family and in some community schools. He found joy in spreading the wonder of Christmas to children and often shared his love of magic tricks. He also loved spending time with family and friends. He was the “Uncle Buck” type of Uncle to his nieces and nephews. Everybody loves Uncle “Geno”.

Garren is survived by his children, his brothers Richard Echols (Sandy - deceased), Doug Echols (Susan), Lewis Echols (Kathy), and sisters Jennifer Fenn (Lloyd) and Allyson Morris (John). He was preceded in death by his parents and his eternal companion, Susan.

We want to express our gratitude to the nurses and staff at Aspen Ridge of Utah Valley for their loving care during his final days. In lieu of flowers, please make a donation to The Church of Jesus Christ of Latter-Day Saints Missionary Fund.

Funeral services will be Thursday, July 23, 2020, 11 a.m. at Walker Sanderson Funeral Home, 646 East 800 North, Orem, with a viewing prior from 9:30 - 10:30 a.m. Interment will be in Orem City Cemetery. Condolences may be offered to the family and a live webcast of services may be watched at www.walkersanderson.com.
Read Less

To plant a memorial tree in honor of Garren Echols, please visit our Heartfelt Sympathies Store.

Receive notifications about information and event scheduling for Garren

We encourage you to share your most beloved memories of Garren here, so that the family and other loved ones can always see it. You can upload cherished photographs, or share your favorite stories, and can even comment on those shared by others.

Posted Jul 22, 2020 at 02:11pm
Brother Echols was always a missionary. Never a doubt about what he believed in. I remember him teaching our youth group saying if we ever doubted our testimony, we could lean on his. Great laugh and a huge personality. He will be missed. My sympathies to his family. Love Tim Forte
Comment Share
Share via: 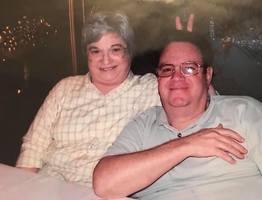 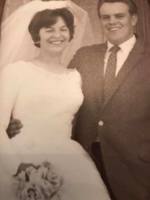