To share your memory on the wall of Garth Stephenson, sign in using one of the following options:

“What we do for ourselves dies with us. What we do for others and the world remains and is immortal”
All who came into contact with Garth, be it immediate family, friends, neighbors, or casual acquaintances, can attest that what Garth did for them or their loved ones, “remains and is immortal.” He was a true follower of the Savior of the World, in both word and action. He dedicated his life to the teachings of Jesus Christ. More importantly, he practiced them.

Born in Preston, Idaho, in 1927, Garth’s direction in life was forever changed when, as he wrote in his life history:
“I made a life changing choice when I decided to read the Book of Mormon in December of 1944…I read it with “real intent” and in a very short time, perhaps two or three days. The result was a supernal experience of its truthfulness which has given constant direction to my life…It was more than a testimony; it was a real conversion which changed my thinking, my feelings; and also my behavior. It enlarged my heart and mind and changed my desires.”

With this “supernal experience” as his guide, Garth went on to marry his high school sweetheart from Wendell, Idaho, Mary Jo Christensen, in the Salt Lake Temple in 1946. Shortly thereafter he went on a full-time mission to the Northwestern States. Many years later, with Mary by his side, he served three more full-time missions for the Church of Jesus Christ of Latter- Day Saints. He also served his country by enlisting in the Navy in 1945.

Garth was the first to graduate from BYU with a classical language degree; Greek. Upon graduation (1951) he and Mary, now with four kids in tow, (there would later be six more), moved to the Washington D.C. area where he later graduated from George Washington University Law School. Upon graduation they stayed in the Washington D.C. area raising their family of ten children till 2002, when Garth and Mary made the move to Pleasant Grove, Utah. During his law career, Garth spent time at the CIA, Indian Claims Commission, did some private practice, and was appointed by the Social Security Administration as an administrative law judge. He had an unquenchable thirst for knowledge and the library was always the focal point of the homes in which he built for his family. To know him was to know of his love for all good books.

The death of his beloved wife, Mary in 2002 was made easier when he married Cherril Sherwood in 2003. They lived happily together till her death in 2013.

Garth loved, not only his immediate family, but he also enjoyed spending time with his vast extended family. He was never too busy to sit, talk and listen to others. He was known as a generous man. He was beloved, respected and deeply admired for his wisdom, and devotion to family and the Savior. He loved being a temple sealer and the teachings found within its walls. His selfless life of service in church callings and responsibilities is known by all. The parting words of John regarding the Savior’s life might best touch on the life lived by Garth.

“And there are also many other things which (he) did, the which, if they should be written every one, I suppose that even the world itself could not contain the books that should be written.” (John 21:25)
He was a giant among men and was not ashamed of who he was, but never shamed another for who they were. As Ralph Waldo Emerson wrote:
“That which dominates our imaginations and our thoughts will determine our lives, and our character…What we are worshiping we are becoming.”

Garth worshiped the Savior of the World, Jesus Christ. And, for those who knew him well, he was as close to becoming what he was worshiping as anyone.

Due to COVID-19 gathering restrictions a second overflow building will host a live stream of services where friends may attend and participate. Location: 1541 North 1300 West, Pleasant Grove, UT 84602

To plant a memorial tree in honor of Garth Stephenson, please visit our Heartfelt Sympathies Store.

Receive notifications about information and event scheduling for Garth

We encourage you to share your most beloved memories of Garth here, so that the family and other loved ones can always see it. You can upload cherished photographs, or share your favorite stories, and can even comment on those shared by others.

Posted Jun 19, 2020 at 02:20pm
Sending you hugs, Diane, at this difficult time. It's so hard to say goodbye to our Dads. My thoughts and prayers are with you.
Comment Share
Share via:
RS 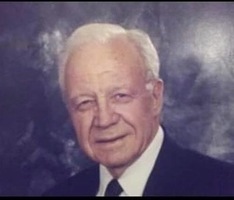