To share your memory on the wall of Gary Madsen, sign in using one of the following options:

Print
Gary Leon Madsen passed away peacefully in the early morning of May 3, 2021 while surrounded by his family.

Gary was born on September 7, 1956 to his parents Raymond LaVar Madsen and Faye (Rowley) Madsen. He was raised in Provo, Utah o... Read More
Gary Leon Madsen passed away peacefully in the early morning of May 3, 2021 while surrounded by his family.

Gary was born on September 7, 1956 to his parents Raymond LaVar Madsen and Faye (Rowley) Madsen. He was raised in Provo, Utah on his family’s farmland, where he learned the value of hard work and family.

In high school, Gary was an accomplished athlete participating in several sports including baseball and track. Later in life, Gary continued his passion for sports as he worked as a softball umpire for local leagues and state tournaments. He also had a love of the outdoors. He would often go hunting and camping with his father and brothers.

Gary enjoyed a long career with Sharon Elementary School where he worked as the Head Custodian. Over the course of his career, Gary cultivated many long-standing friendships with his coworkers. He was fortunate enough to retire early to spend more time focusing on his many hobbies.

He was a loving husband, father, and grandfather and is preceded in death by his wife Kathleen (Todd) Madsen. Gary and Kathy were married in 1982, and together they had three boys: Richard, Jay, and Mark.

Gary is also preceded in death by his parents, and brother Richard.

Prior to his passing, Gary asked to forego a formal funeral and viewing. A small graveside service will be held at Orem Cemetery on Monday May 10, 2021 at 12:00pm where his remains will be laid to rest with his wife.

Receive notifications about information and event scheduling for Gary

We encourage you to share your most beloved memories of Gary here, so that the family and other loved ones can always see it. You can upload cherished photographs, or share your favorite stories, and can even comment on those shared by others. 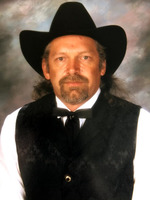