To share your memory on the wall of Gene Willes, sign in using one of the following options:

Gene Robert Willes of San Tan Valley Arizona, passed away on June 2, 2021 surrounded by his loving family. He was born February 20, 1944 in Spanish Fork Utah to Altamont Wilson & Walter Evan Willes of Orem Utah where he was raised.

Gene met his eternal sweetheart Randy Stephens in September of 1960. They "went steady" throughout attending Orem High School where he graduated in 1962. They were married April 10, 1963 in Orem Utah and were later sealed in the West Jordan Temple. They had 3 children; Mark, Matthew & Mindi and raised them in Taylorsville Utah.

Gene was a talented baker who owned and operated The Grainary Bakery in Trolley Square through the 1970-80's. He later worked as The Lion House baker throughout the 1990's. He spent his most recent 25 years in sales & route delivery. Gene had an incredible work ethic that lives on through his legacy.

Music was the queen of his soul and he appreciated all genres, especially jazz. He loved live music, concerts & music festivals. He enjoyed driving, admired classic cars and had fun attending car shows. He loved US History and last year he completed his lifelong goal to visit all 50 states. Gene valued spending time with his family and his witty one liners made light of any situation.

Graveside services will be held in the Spanish Fork Cemetery 420 S 400 E, Spanish Fork, UT on June 19, at 1:00 p.m. For your comfort, bring your own chair. A "Celebration of Life" will be held from 4-9 p.m. at Mt. Timpanogos Park, Highway 189 Provo Canyon #2 Alta Springs Pavilion. Dinner will be served. Condolences may be offered to the family online at www.walkersanderson.com.
Read Less

Receive notifications about information and event scheduling for Gene

We encourage you to share your most beloved memories of Gene here, so that the family and other loved ones can always see it. You can upload cherished photographs, or share your favorite stories, and can even comment on those shared by others.

Posted Jun 14, 2021 at 05:19pm
Gene was the best Uncle and a true friend. Gene taught us the value of working hard, and playing hard. He brought music and joy into my life just like he did for many others, and I am eternally grateful for that and so much more. He gave of himself unselfishly to anyone in need. There has always been a special place in my heart for Gene and his family, they taught me many great lessons in life.

Gene, you will be missed, but your memory will go on forever. We will see you on the other side.

Posted Jun 14, 2021 at 12:37pm
This is Frank Willes. I am a cousin to Gene and live at the assisted living center (Jamestown) in Provo. My wife and I used to go to see Gene and my Uncle Walt and Aunt Alta while we were going to BYU. Gene was just a young boy then and although we haven't had any contact since then, I remember him as a fine young man. I'm sending this as a condolence, as I am unable to go to the canyon on the 19th to talk to you in person.
Comment Share
Share via:
S

Posted Jun 10, 2021 at 07:10pm
I have such fond memories of Uncle Gene and growing up in his home. Both he and Aunt Randy always showed me unconditional love and made me feel a part of their family. I do not remember a single time of either Gene or Randy raising their voices or getting mad. I do remember many laughs and much love. Some of my most valued possessions are the Madame Alexander dolls that I still have that they bought me as a child. In all the years of my catering business Uncles Gene’s recipes would be the most requested. I always had so much admiration for his incredible baking talents. You will always hold a special place in my heart Uncle Gene.
Comment Share
Share via: 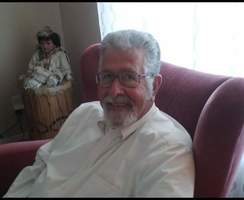 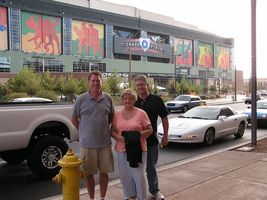