To share your memory on the wall of George Mateaki, sign in using one of the following options:

He was born August 13, 1967 in Honolulu, Hawaii at the Kaiser Hospital to parents Sharon Noelani ... Read More
George Webster Mateaki, beloved husband, father, grandfather, brother and son passed away the morning of September 6, 2020 in Provo, Utah.

He was born August 13, 1967 in Honolulu, Hawaii at the Kaiser Hospital to parents Sharon Noelani Mateaki and Sione Vaililiva Mateaki. George grew up mostly in Hauula, Hawaii and Haakame, Tonga with his one and only sister Puanani. He served in the National Guard shortly after graduating high school. He then went on to serve a two year LDS mission in Italy where he learned to speak the language.

He is married to Alisa Tuatagaloa Mateaki. They were sealed in the Laie temple August 8, 1992. George received a M., degree in information systems at HBU in July 1998, he also received a B.S. degree in information systems at BYU Hawaii, where he met his wife, in June 1994. He is survived by and loved by all his children Noelani, Paugata, Sione, Tatiana, Toamaililagi, Alisa, Siaosi, Maria and Samuel and his granddaughter Penny, as well as his son-in-law Max Anae who he loves dearly.

He had many talents, passions and hobbies, some of which were dancing, singing (mostly karaoke), working on his sound systems, working out at the gym with his wife, fixing cars, and working on computers. He even took up a bit of acting, being featured in several LDS films. Anyone who knew him, knew he could always be found with a smile and a lovable sense of humor and a positive outlook on life. He loved people and the gospel being a cherished member of the Church of Jesus Christ of Latter-day Saints.

At the end of his life, George unfortunately went blind and lost some use to his legs due to the diabetes he had suffered from, but that didn’t stop him from having that positive outlook on life and working and providing for his family. Of the many jobs he had his most recent was working at Security Metrics as a Security Analyst where he loved not only the company and his job but all the people that he worked with as well.

We love George so very much and believe he’s having a wonderful reunion with all his loved ones that have gone before him, especially his father.

Funeral Services will be held at 1625 South Slate Canyon Dr. Provo, UT from 8 am to 11 am by invitation.

To plant a memorial tree in honor of George Mateaki, please visit our Heartfelt Sympathies Store.

Receive notifications about information and event scheduling for George

We encourage you to share your most beloved memories of George here, so that the family and other loved ones can always see it. You can upload cherished photographs, or share your favorite stories, and can even comment on those shared by others.

Posted Sep 18, 2020 at 06:09pm
Alisa and Family, I met George nearly two years ago when he traveled to IA to help me with our audit. We spent the day working through our challenges. George was so very patient and although the work was so hard for me, I really appreciated working with George. We shared stories about our families. In every word it was obvious his immense gratitude for you Alisa and each of you children. I know you lost him too soon, but i hope you can take comfort knowing you brought him so much joy and he was so proud of each of you. I wish you peace and extend my sympathy. Kathy Frerichs
Comment Share
Share via: 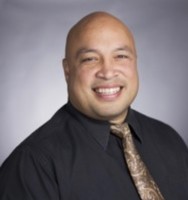