To share your memory on the wall of Harvey Southward, sign in using one of the following options:

Our beloved father, Harvey Southward Jr., passed away on Thursday June 3, 2021 at Utah Vally Hospital in Provo, Utah at the age of 93. He is now in the loving arms of his Heavenly Father, free from t... Read More
Harvey Southward Jr.
1927-2021

Our beloved father, Harvey Southward Jr., passed away on Thursday June 3, 2021 at Utah Vally Hospital in Provo, Utah at the age of 93. He is now in the loving arms of his Heavenly Father, free from the pains and cares of this mortal coil.

Harvey was born in Kansas City, Missouri to Ida Mae and Harvey Southward Sr. He married his first wife Johann Fishman in 1946. Together they had one child and later divorced. Harvey then married Elizabeth Bauer in 1952. Together they had two children.

Harvey joined the Navy in 1945, completed training when WWII ended, and was honorably discharged in 1946. In 1948 he joined the Army to serve in the Korean War and was honorably discharged again before building a career off his education in electronics and semiconductors. After Harvey and Elizabeth became members of The Church of Jesus Christ of Latter-day Saints, they moved their two children still living at home to Utah in 1970. Harvey was the proud business owner of Harvey's Marble until he retired in 1997.

Harvey was preceded in death by his wife, Elizabeth, his parents and brother, Carl Southward. He was also preceded in death by his companion and best friend who shared her love of life with him, Sheryl Struthers. He is survived by his children Beverly Walker, Karen McBride, and Edmund Southward. He has seven grandchildren and nine great grandchildren.

Receive notifications about information and event scheduling for Harvey

We encourage you to share your most beloved memories of Harvey here, so that the family and other loved ones can always see it. You can upload cherished photographs, or share your favorite stories, and can even comment on those shared by others.

Posted Jun 12, 2021 at 10:14am
Harvey has been a wonderful backyard neighbor for twenty four years. We will miss seeing him as a greeter at church in his light blue suit.
Comment Share
Share via: 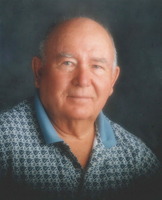 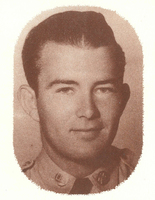