To share your memory on the wall of Hugh Sloan, sign in using one of the following options:

Hugh enlisted and served in the Royal Canadian Airforce in WWII. He was a tail gunner and was the only surviving member of his crew in a plane accident. He then came home and married the love of his life, Gwen Strate. They were married on July 25, 1946 in the Cardston, Alberta LDS Temple.  Several years after living in Alberta, Hugh decided to come to the States.

They settled in Othello, Washington where he went into the Insurance Business and had a successful business for 30+ years. In 1982 Hugh decided to take a different approach on life and moved to Phoenix, Arizona and he and Gwen started a cookie store, Dusty’s Cookies. It was a success and they made many new and life-long friends. When Hugh decided to retire, they moved to Springville, Utah, where they lived and loved their neighbors. Hugh was currently living at the Seville Retirement Center in Orem, Utah.

Hugh had a friend wherever he went. He was kind and friendly with everyone, and people were drawn to him. He always treated everyone with respect. He loved people!

Hugh has always been active in the LDS Church and served as a Bishop, high councilor, and many other callings. He and his sweetheart served a mission in New Mexico, which was a highlight of his life. His home was a center for gospel teaching. Hugh loved his family, he loved his neighbors and he loved his God and his Lord and Savior Jesus Christ.  Hugh is survived by his wife of almost 75 years, Gwen Sloan; his son Greg (Irene), his daughters Julie (Ken) Ewell, Holly (Brian) Hendrickson and one Brother, Wallace Sloan, of Cardston, Alberta, Canada; nine grandchildren, and seventeen great grandchildren and one great-great grandson. He was pre-deceased a grandson, Darrell Hugh Ewell.

The family wants to thank Michelle and Jennifer at A+ Health Care for the love and care that they gave Hugh during his last days here on earth.   A viewing will be held on Tuesday, May 11th, at 11:00 AM, at the Walker Sanderson Funeral Home, 646 East 800 North, Orem, Utah 8407. Funeral services will immediately follow at 1:30 PM. Also a viewing will be in Othello, Washington at the 7th Avenue LDS Church on Saturday, May 15th at 10:00 AM. Burial will be at 1:00 PM at the Bess Hampton Memorial Gardens in Othello, Washington. Funeral services will be live streamed at www.walkersanderson.com where condolences and memories may be shared with the family.
Read Less

Receive notifications about information and event scheduling for Hugh

We encourage you to share your most beloved memories of Hugh here, so that the family and other loved ones can always see it. You can upload cherished photographs, or share your favorite stories, and can even comment on those shared by others.

Posted May 12, 2021 at 05:30pm
Max and Gloria Sloan
“My Uncle Hugh “ I’m so proud to share the Sloan name. He always made us feel good about ourselves in spite of any of our short comings; he simply chose to see the best in all of us. Always punching well above his weight he was in a class of his own; he personified what an individual should seek to achieve in life.
I always smile when I think of Uncle Hugh. Such a great sense of humour; a crooked smile followed by a giggle. One favorite memory i have is our plan to grow hair. We share the same Sloan DNA of balding males. After returning from overseas after the War uncle Hugh spent time on an Indian reserve in the south western States. This is where he was able to ascertain a secret formula for growing hair. After visiting Uncle Hugh and Aunt Gwen in Utah a few years ago I was made privy to this sacred recipe. We went shopping for the required ingredients which included mineral oil, numerous herbs, lanolin and other exotic scarce items. After a few months of religiously massaging in this Sloan ointment while showering in the mornings we compared notes. I was puzzled when Uncle Hugh said his vision was compromised and I of course wanted more detail. My hair situation had not improved but apparently uncle Hugh’s had - quote “ my hair keeps falling in my eyes and I’m afraid I might hurt myself if I keep running into things”
What an exemplary human being and example of spiritual love personified. I’m so proud to have known him and to have been made part of his family. Uncle Hugh and Aunt Gwen often told Gloria and me that they were our proxy mum and dad; we will always cherish these kind words.
I will miss my uncle Hugh until the day I die.

Posted May 11, 2021 at 11:43am
I met Hugh right before Covid took over the world so was unable to visit he and his lovely wife, however he was my only link to my birth family I had ever met. He was kind and excited to meet me and wanted to help me know about my family. It was just by chance we met as my daughter works at the Seville. He was delighted to welcome her into the family. I had been waiting until it was safe for us to get together again to go visit and I'm sorry I never had the chance. Reading his obituary makes me realize I really missed a opportunity to talk to an extraordinary person. My heart felt condolences to his family.
Comment Share
Share via:

Posted May 10, 2021 at 11:10pm
I loved Hugh from the time he showed up as the high councilman at my convert baptism in Othello, Washington. He spoke kindly to me and I later got to know him as the father of one of my friends (Holly!).
Years later, I moved into a new area in Springville, Utah and he and Gwen were among the first people to build in this little subdivision, and I fell back in love with both of them. Hugh always had a smile and a kind word for everyone. He would chuckle at bad jokes my kids told, swap stories of lawn care with me, and genuinely show interest in our whole family.
Comment Share
Share via: 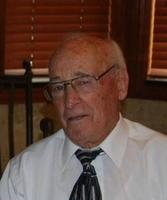 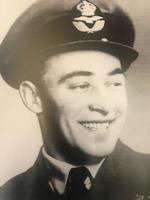