To share your memory on the wall of Iris Ashby, sign in using one of the following options:

Iris grew up on a sheep ranch near Lyman, Wyoming, with her parents and four brothers, Glenn, Paul, Jim and Dean. She loved to regale her family with stories of "life out on the ranch". In 1945, she graduated from Lyman High School and took the bus to Provo, Utah, to attend Brigham Young University. She was a business major and worked hard to support herself while attending school.

While in Provo, she met her husband-to-be, Vic Ashby, a physical education major from Salt Lake City, Utah. They were married September 5, 1950, in the Salt Lake City Temple of The Church of Jesus Christ of Latter-day Saints. Iris and Vic were devout members of the Church and raised their children to be the same.

Probably the greatest talent Iris had was the ability to sew. She and Vic were well­known in Utah Valley for their drapery business-Ashby Drapes. Iris also worked and taught classes at the Bernina stores in Provo and St. George. Iris could design and sew almost anything you could dream up. When she passed away at Highland Glen MBK Senior Living, almost every item of clothing in her closet was designed and crafted by Iris.

Family and friends may call at a viewing on Wednesday, October 21, 2020 from 12:00 – 1:00 pm at Walker Sanderson Funeral Home, 646 East 800 North, Orem. Graveside Services will follow at 2pm at Orem City Cemetery. A live webcast of the service will be available online at www.walkersanderson.com where condolences may also be left.

Special thanks to the staff of Highland Glen MKB Senior Living and Hospice for Utah for their extra attention and care of Iris during her final years of life.
Read Less

To plant a memorial tree in honor of Iris Ashby, please visit our Heartfelt Sympathies Store.

Receive notifications about information and event scheduling for Iris

We encourage you to share your most beloved memories of Iris here, so that the family and other loved ones can always see it. You can upload cherished photographs, or share your favorite stories, and can even comment on those shared by others.

Posted Oct 20, 2020 at 09:50am
Sis Ashby what a wonderful person you are. So full of live and I know Mom will miss you too! We all have fond memories of you coming over and we going to your house!. We lobe you all and send our deepest sympathies! Love the Hair family
Comment Share
Share via: 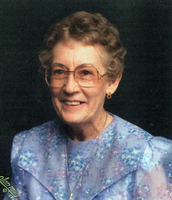