To share your memory on the wall of Jack Zirbes, sign in using one of the following options:

To plant a memorial tree in honor of Jack Zirbes, please visit our Heartfelt Sympathies Store.

Receive notifications about information and event scheduling for Jack

We encourage you to share your most beloved memories of Jack here, so that the family and other loved ones can always see it. You can upload cherished photographs, or share your favorite stories, and can even comment on those shared by others.

Posted Jul 16, 2020 at 03:59pm
So grateful to have known Jack and Delores Zirbes. We express our sympathy to the family for their passing. Knowing the faith that they had gives comfort to us that still have to go through this life experience. We pray that we can still be as strong as they were in keeping their faith and follow their example. May the Lord bless your family.
Sincerely, Duane and Gayle Dudley and family
Comment Share
Share via:
R

Posted Jul 15, 2020 at 01:18pm
Debbie, Jeff, Nancy, and Tom, on behalf of the Hutchings family, we would like to express our condolences to you for you dad's passing. He was indeed an amazing man. He was probably the kindest and most gentle person I personally have ever met. I have fond memories of my childhood visits to your home and a deer hunting trip with Tom and Jack. Uncle Jack always had a warm and welcoming smile, he will be missed.
Ryan Hutchings
Comment Share
Share via:
D

Posted Jul 15, 2020 at 11:11am
Debbie, Jeff, Nancy, and Tom,
I wish I could be at the funeral today with you as you lay your Dad to rest. He was a good man who accomplished much and served in so many ways. I like the picture of him that you chose because that is how I always think of him... smiling! My mom had a special bond with her twin brother. She was proud of him and loved him so. My thoughts are with you as you mourn his passing, yet celebrate his exemplary life.
Love to you all!
-Diane
Love, Diane
Comment Share
Share via:
JH

To the family of Jack Zirbes I just saw in the Provo Daily Herald of your fathers passing. In August of 1977 I received a notice placed in a Los Angeles California newspaper about a job opening in the Provo City Engineering office. The notice was sent by a fellow co worker at the Harbor District Office of the City of Los Angeles. I received while on vacation in Wyoming. I had been desirous of moving to Utah for employment. I stopped in Provo on my way back to California. I discussed the job with your father and he asked for a resume when I returned to California. A few days after receiving my resume your father called my office, talked to me, my supervisor and offered me a job as the Collector Roads Engineer for Provo City. I only worked at Provo for two years before moving on with other opportunities but appreciated your father, his tutoring me in the engineering ways of Provo, Utah and the great friendship we enjoyed. Love to your family Joel Harrison 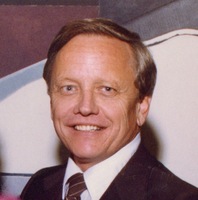