To share your memory on the wall of James Cottrell, sign in using one of the following options:

James was born on the San Blas Islands of Panama on 14 November 1973 with the name of Anelio Grimaldo Rios. He was adopted at the age of ... Read More
James Merrill Cottrell, 46, of Orem, UT passed away in Gavilana, Panama on Tuesday, 4 August 2020.

James was born on the San Blas Islands of Panama on 14 November 1973 with the name of Anelio Grimaldo Rios. He was adopted at the age of 4 1/2 years old by Russell Grant Cottrell & Shirley Ann Merrill.

James is a member of The Church of Jesus Christ of Latter-day Saints. He served a mission in Guayaquil North, Ecuador from 1993-94.

James loved wrestling from childhood through High School. He also played football. He also would put on the OHS tiger mascot outfit with pride. He later began boxing and that led to Ultimate Combat Fighting. James served on the Orem High School Class of 1992 student council his graduating year. He had the nickname of “Kuna”. He could break dance better than anyone we knew.

James served in the Marine Corps as a Sniper for almost eight years. He did four overseas tours in the Middle East. In his first tour, before the invasion of Iraq had even begun, he was instrumental in stopping a terrorist attack on the Kuwaiti island of Faylaka. James earned the nickname of “Pocket, Hercules and No Neck”. James served two combat tours in Iraq. He fought in Operation Iraqi Freedom and during his second tour in Iraq, he fought in the Second Battle of Fallujah, which proved to be the bloodiest battle of the Iraq War and the bloodiest battle involving American troops since the Vietnam War. He served with honor and distinction. James was an honest-to-goodness war hero. James suffered from PTSD after serving in the war.

James loved his family, especially his nieces and nephews. He enjoyed scaring them around every corner. James loved animals and always had a dog by his side. He loved the outdoors, and enjoyed hiking and running. James enjoyed mountain dew, mustard and snickers.

James was soft-spoken, and looked out for others. James will be missed by all who loved and met him.

He is preceded in death by his father, Russell Cottrell; Brother, John Cottrell; Nephews, Peter Smith and Spencer Benson.

He is also preceded in death by his parents, Avelino Grimaldo & Benita Rios; and Brother Luciano Rios.

Graveside Services will be held at Utah Veterans Cemetery and Memorial Park, 17111 South Camp Williams Road, Bluffdale, UT 84065. (by invitation only as space is limited.)

*You must wear masks, and be watchful of others! (AF will not be held responsible)
**In lieu of flowers please donate to the Wounded Warrior Project @ https://www.woundedwarriorproject.org/
Read Less

To plant a memorial tree in honor of James Cottrell, please visit our Heartfelt Sympathies Store.

Receive notifications about information and event scheduling for James

We encourage you to share your most beloved memories of James here, so that the family and other loved ones can always see it. You can upload cherished photographs, or share your favorite stories, and can even comment on those shared by others.

Posted Aug 24, 2020 at 10:56am
James was my cousin. I remember him showing me around Orem High School and introducing me to people. He was a popular senior and I was a scared freshman. I always appreciated that and his happy and positive personality whenever I was around him. He also moved my moms piano by himself and that thing weighs a ton. I will miss him and I hope Aunt Shirley and her family know how much they are loved.
Comment Share
Share via:
L

Posted Aug 23, 2020 at 12:43pm
James was the best wrestler I have ever had the pleasure of watching. My fondest memory of games was when he had to wrestle a girl for the first time. He was such a good kid that he wouldn’t be rough with her and let her win. Just shows you what a good kid he was even at such a young age. He will always be in my thoughts as a loving kind person. RIP Kuna! 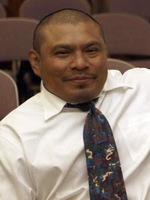 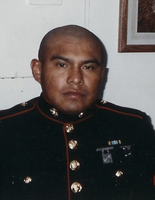 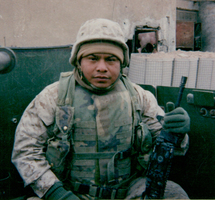