To share your memory on the wall of James Fitch, sign in using one of the following options:

Jim was born in Los Angeles, California on 5 August 1934. He was born premature and could fit into the palm of his mother’s hand. His parents were Orville Edward and Marie Viola Skinner Fitch. He was their first-born child. He had a sister named Donna, that was born 2 years after him. Then his father was called up to serve in WWII and so there was a gap of nine years before his two brothers, Leon and CG (Clarence George), came along. He spent his childhood in the LA area then later his family moved to Northern CA.

During High School Jim loved sports. He played quarterback on the 6-man football team, he played basketball, and he played baseball. He excelled in all of them. He also played the trumpet. His graduating class was 53 students at Mendocino High School in California. When he was a senior, he met the love of his life Sharon Lynn Potter. He fell in love with her instantly and loved her until the day he passed into the next life. After high school his draft number was sure to be called and so he decided he wanted to join the Navy. He had a full ride scholarship to Annapolis, the Naval Academy. His best friend did not make it into Annapolis, so he didn’t go. He decided to get married. Jim and Sharon were married in Nov 1954. Another buddy said he thought dad would be good for sonar submarine school. Jim took the test and was granted admission. He completed the course and became a sonar submarine man. He served in the Navy for 8 years.

While in the Navy his three beautiful daughters were born – Jeanee, Sherry and Melody. Jim loved his girls. He played with them and laughed with them and enjoyed spending time together with them. He especially loved to rough house with them. One day the “Mormon” missionaries knocked on the door. Jim was not home. Later that night they came back to talk with Jim about the gospel. Jim was what they called a “golden contact”. The missionaries taught him about the gospel of Jesus Christ. He joined The Church of Jesus Christ of Latter-day Saints in March of 1957 and never looked back. He knew it was the best thing for his family.

On 22 January 1965 a little baby boy joined the family – James Orville Fitch. Jim was so proud. He had a son. The hardest trial that Jim went through in his younger years was losing that son in a bicycle/car accident when he was only 8 years old. Jim always talked about the day that he would see him again. Now they are together. After James died, Jim and Sharon took in a nephew – Sean Festag and raised him until he was an adult. Sean loved dad.

After Jim retired from the Navy, he went back to college at San Diego State University. He earned a degree in business and after graduating in 1964 went to work for Sears. With Sears the family moved from San Diego to Chicago, Illinois to Berkeley Heights, New Jersey and then back to Hacienda Heights, CA. Jim decided to quit Sears and had a couple of jobs before he became a banker. He ended his working career in Provo, Utah as a financial planner for Zion’s bank. He loved living in Utah because he was the #1 BYU football fan. He was a member of the cougar club and went to all the home games for many years until he was no longer able.

Jim Fitch loved two things the most - the Lord Jesus Christ and his family. He served in many positions in the gospel. It brought him great joy. His favorite ones were Bishop at BYU and a counselor in the MTC bishopric. Jim and Sharon served two missions for the Lord. From 1998-2000 they served in Scotland. From 2002-2004 they served first in the Rostov, Russia mission and then in Ireland. Jim loved being a missionary.

This devoted disciple of Jesus Christ, Jim Fitch, will be dearly missed by those he left behind including his wife of 66 years, Sharon, and his three daughters Jeanee, Sherry, Melody and his nephew Sean. Also mourning his passing are 10 grandchildren and 29 great grandchildren. He was a giant of a man who will leave a huge hole in our hearts.

The family would like to thank the staff, aides, cnas, and nurses at Legacy House Spanish Fork for their love and kindness to Jim. We would also like to thank Maple Creek Hospice for their devoted care to Jim – especially Angie and Kelby.

To plant a memorial tree in honor of James Fitch, please visit our Heartfelt Sympathies Store.

Receive notifications about information and event scheduling for James

We encourage you to share your most beloved memories of James here, so that the family and other loved ones can always see it. You can upload cherished photographs, or share your favorite stories, and can even comment on those shared by others.

Plant a Tree in Memory of James
Plant a tree 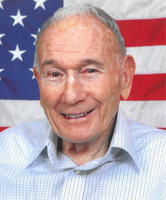