To share your memory on the wall of John A. Carver, M.D., sign in using one of the following options:

Provide comfort for the family by sending flowers or planting a tree in memory of John A. Carver, M.D.

Provide comfort for the family by sending flowers or planting a tree in memory of John A. Carver, M.D.

His life began in Filer, Idaho on December 26, 1947 as the fourth and last child of Max Wendell Carver and Hazel Janetta James. They nurtured their two sons and two daughters with childhood homes in Texas, California, and Idaho. As a young boy, Dad spent many hours fishing, hunting and snow skiing with his father, developing a lifelong love of the Sawtooth National Forest, in particular, Redfish Lake.

Following a mission for the Church of Jesus Christ in Dusseldorf, Germany, he graduated magna cum laude, Phi Kappa Phi and University Scholar from Brigham Young University in 1972. He graduated from the University of California, San Francisco School of Medicine in 1976 with honors. He completed his two-year academic Ophthalmology residency at the University of Washington including service as chief resident.
He met Kathryn Hoopes at a church Family Home Evening group at BYU. They were married in the Salt Lake City Temple on June 28, 1973. The births of Rachael Claire and John Spencer followed. In 1980, Kathryn was diagnosed with leiomyosarcoma and passed away on October 15, 1983. Dad fell in love with Joan Marie Miller, along with her 9-year-old son, David Miller Adams, in the summer of 1987. They were married in the Utah Manti Temple on February 14, 1989.

He joined The Eye Clinic of Provo, along with Drs. Merrill C. Oaks, Delbert G. Ririe and Herman K. Hatch. After 12 years, he left to complete formal Surgical and Medical Retina fellowships in 1993 at the University of Virginia, Charlottesville and in 1994 at the University of London, Moorfields Eye Hospital with Professor Alan C. Bird.

He started his own full-service Retina practice, Retina and Vitreous Surgeons of Utah, in 1994 in Utah Valley with weekly outreach clinics in Vernal, Roosevelt, Ephraim, Richfield and Price, Utah. He was a former Department Chair at Utah Valley Regional Medical Center (UVRMC), Research Attending for the national Cryo-ROP study, Morcher IOL/Irido Prosthesis Study and co-author for American Academy of Ophthalmology Uveitis Study Group.

Dad spent his life as a dedicated surgeon who took prodigious care of his patients, regularly spending his evening hours and countless weekends saving the eyesight of people he loved. He understood and worked tirelessly to alleviate human suffering, so much so that he was routinely late to events, keeping friends and family waiting as he frequently but willingly tried to offer relief to the person in front of him. His profession truly fulfilled the measure of his creation and no greater honor could be paid to him for a long and successful career than the gratitude felt from his patients.

He was an Associate of the American Society of Retina Specialists, Assistant Clinical Professor at the Moran Eye Center, University of Utah, and Consulting Ophthalmologist for the Newborn ICU at UVRMC, Timpanogos Regional Medical Center, Intermountain Medical Center, St. Mark’s Hospital and Jordan Valley Hospital. He was an active member of the Research To Prevent Blindness, EyeCare America, University of Southern California Professional Group, Utah Medical Association, Utah Ophthalmology Society and participant in Mountainlands Volunteer Group.

He was a man of faith, with a steadfast belief in a God who guided his path both on and off the surgical floor. He found tremendous fulfillment working alongside the Church of Jesus Christ and Deseret International with clinics in Bolivia, El Salvador, Ecuador, Guatemala, Argentina, Chile and Peru.

We knew him as our kind, generous father who always encouraged education and exploration, constantly telling us to “learn something new”. He was an enthusiastic gardener who approached his collection with nostalgia and precision, transplanting roots and trees carried over from childhood homes. It was not uncommon for him to leave a nursery with not just his car stuffed full of plants, but a trailer as well. Dad loved big family gatherings, but also routinely opted for solitude in the forests of Idaho or on mountain peaks with his dog Duke. His favorite was Mt. Rainier in 2002. As a family, we have fond memories of crepe breakfasts, over-scheduled travel agendas, unwanted assistance with math equations, Dad stopping at every historical marker on car trips, Gary Larson’s “The Far Side” mixed with dad’s sarcastic wit, never-ending museums, annual reunions at Sun Valley (ID), Tchaikovsky’s “The Nutcracker” and trips with his grandchildren.

Dad wrestled with insomnia most of his adult life. If you were lucky, you’d find him in the midnight hours, a book in one hand and a bowl of ice cream in the other. He enjoyed the writings of the poet Robert Frost, in particular, “Stopping By Woods on a Snowy Evening”. Tears were always shed as he read the final lines out loud: "The woods are lovely, dark and deep. But I have promises to keep, and miles to go before I sleep, and miles to go before I sleep." To our dear father we say, your promises have been kept and your miles are done. Go to those deep, lovely woods and take your rest.

The family would like to thank the doctors and nurses in the ICU at UVRMC as well as the medical staff at Point Meadows Health and Rehabilitation Center. A public viewing will be held at Walker Sanderson Funeral Home, 646 East 800 North, Orem, Utah on July 31st from 6:00-8:00 pm. Dad will be interred at the Brigham City Cemetery in Utah.

Condolences and memories may be offered to the family at www.walkersanderson.com.
Read Less

To plant a memorial tree in honor of John A. Carver, M.D., please visit our Heartfelt Sympathies Store.

Receive notifications about information and event scheduling for John A.

Receive text or email updates for John A.

We encourage you to share your most beloved memories of John A. here, so that the family and other loved ones can always see it. You can upload cherished photographs, or share your favorite stories, and can even comment on those shared by others.

Posted Sep 19, 2020 at 11:53pm
I spent a year working as a medical and surgical assistant for dr carver between college and medical school. I loved watching out for deer on drives to price so that he could see patients with Charlie. I remember him bursting out in song to bob dylan’s “How does it feel” at the end of a difficult case. I treasure memories of the love he shared with his patients. A medical mission trip with him to El Salvador inspired me to continue going on medical mission trips with operation walk. He was everything I thought a doctor should and could be. His kind encouragement helped me reach my goals to be a surgeon. I treasure him as a mentor and friend. I offer my condolences to his family. The world is a little less good without dr carver in it. But now he can rest.

Posted Aug 05, 2020 at 09:31am
I worked with John for many years. He was a fine surgeon and a true gentleman in every sense. He will be greatly missed, but his legacy remains. My condolences to his family.
Comment Share
Share via:
PJ

Posted Aug 02, 2020 at 11:37pm
My sincere condolences to Dr. Carver’s family. I worked at Utah Valley Hospital for many years and got to know Dr. Carver. He was so kind and caring, not just to the patients, but also to the nurses. He had such a great bedside manner. He was always smiling and upbeat. He was such a skilled doctor, I know he will be greatly missed. Best blessings.
Sincerely, Pamela Jesperson
Comment Share
Share via:
JC

Posted Aug 02, 2020 at 02:24pm
I had the privilege of being under Dr. Carver's care for much of 2014 to 2018. Detached retina, cataracts and other issues. Dr Carver not only saved my eyesight but he improved it. I will be forever grateful for his care and skill. There were many things I admired about Dr. Carver.
His office was always busy and he had numerous patients to see daily. The thing that always impressed me is that he took his time with patients and while he was a Dr, he was always a friend as well. In meeting with him he would remember and discuss my job, my family and took the time to show he really cared about his patients. We would talk about vacations, about his fishing trips and you knew he valued you first as a person and then as a patient.
Throughout the various surgeries and procedures he never talked like an all knowing Dr, speaking in polysyllabic words and medical mumbo-jumbo. His explanations were always simple, straightforward and easy to understand.
Dr. John Carver was a great man and a great surgeon and will be missed by all those he touched and worked with. I know there are hundreds and hundreds of people who owe their eyesight to his skill. To his family my deepest sympathy to you at this time. Please know that as beloved as he is to his family, he is just as beloved by his patients whose lives he touched.
Comment Share
Share via:
AJ

Posted Aug 02, 2020 at 12:32am
I loved to work with John in the OR at UVRMC. He was kind, thoughtful and an excellent surgeon. It was an honor to give his patients sedation or general anesthesia. I love this great soul. Allen Johnson. MD
Comment Share
Share via: 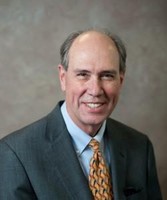