To share your memory on the wall of Joseph Holt, sign in using one of the following options:

Birch was born on January 31st, 1929 in Kamas, Utah to Joseph Lindsay Holt and Leah Irene Birch Holt. When he was nine years old, his mother passed away. His father thereafter married Mary Bayles, who also brought one child into the marriage. Joseph and Mary had six more children together. Birch characterized his childhood as one filled with love and marked by curiosity. He would conduct experiments in the backroom of his dad’s store, which precluded his career as a scientist. One of Birch’s first jobs was making malts in his father’s shop--which he admittedly did not enjoy--but he shared his malt-making skills with others for the rest of his life, much to his loved ones’ delight.

Birch graduated from South Summit High School in Kamas and was the valedictorian of his class. He went on to serve as a missionary for the Church of Jesus Christ of Latter Day Saints in the Western Canadian Mission. He attended Brigham Young University (BYU) in Provo, Utah.

While at BYU, Birch met the love of his life, Ruth Taylor. He had asked a family friend to set him up with the kindest, prettiest woman she knew, and she said, “I know just the person”. Birch and Ruth spent their first date at the Rainbow Rendezvous dance hall where Nat King Cole performed; he recalled knowing Ruth was the one “almost immediately”. On June 27th, 1952, Birch and Ruth were sealed for time and all eternity in the Salt Lake Temple, marking the beginning of a beautiful life together built on a foundation of love and faith.

Birch graduated with a degree in Geology in 1954 from BYU. While there, he was in the Air Force ROTC program. After graduation, he was stationed in Washington and served for two years as an air traffic controller. In 1956, he attended the University of Utah and earned a PhD in Ceramic Engineering in 1960.
After receiving his doctorate, he accepted a position as a Research Scientist at Lawrence Radiation Laboratory in Livermore, California and moved with his family to San Jose. Although he was a brilliant scientist, his love for God and for others were his greatest motivators and founts of fulfillment. While in California he shared his love for others in service as a Stake Mission President, Bishopric Counselor, and then Bishop of the San Jose 4th Ward. He and Ruth raised five children together. He was an encouraging, generous, and loving presence in his children’s lives, and each one of them was a source of great pride and joy to him.

In 1967, Birch took a sabbatical leave from work and moved his family to Clausthal-Zellerfeld in West Germany, where he worked at the university for one year. He and his family formed lasting memories while immersing themselves in a new culture together. They returned home to San Jose and Birch continued his job in Livermore. He retired in 1994 and served a CES mission with his wife in the South Dakota Mission, where they worked with young adults. They loved this age group and later served two additional CES missions in the San Jose, California and Boise, Idaho Institutes. Through these experiences, they built lasting relationships which they cherished long after their service was over.

In 2003 he and his wife moved to Meridian, Idaho where they enjoyed living near family, receiving visits, and traveling to be present at important life events and reunions of their many loved ones.
Birch is survived by his wife of 68 years, as well as his five children, Birch, (Linda) of Coos Bay, Oregon, Mary Ruth, of Meridian, Idaho, Kevin, (Kathy) of Antioch, California, Michelle, (Curt Walton) of Los Gatos, California, and Susan, (John Harris) of Boise Idaho. He is also survived by 35 grandchildren (including spouses) and 38 great-grandchildren.

Birch will be missed and held dear in the hearts of those he loved and who loved him. He will be remembered for his gifts of loving-kindness and gentle humor, for his love languages of service, sharing food, and cascades of forehead kisses, and for being an exemplar of faith and unconditional love.
Read Less

To plant a memorial tree in honor of Joseph Holt, please visit our Heartfelt Sympathies Store.

Receive notifications about information and event scheduling for Joseph

We encourage you to share your most beloved memories of Joseph here, so that the family and other loved ones can always see it. You can upload cherished photographs, or share your favorite stories, and can even comment on those shared by others.

Posted Jul 06, 2020 at 02:13pm
Brother Holt was our home teacher here in Meridian for many years, and we all loved him! He and Ruth moved into the ward when my husband was the bishop. We had small children at the time, and he understood the stress and time constraints on my husband and our marriage due to his calling. One time Brother Holt insisted that he and his companion would babysit while my husband and I went on a date. He even provided a gift card to a very nice restaurant downtown for us to use on our date. We felt so spoiled! He also would have the kids over to his house for malts. We loved his sincere, humble nature and his deep kindness. He was truly an example to us, and we feel very blessed to have known him! ~Holly Kohler
Comment Share
Share via: 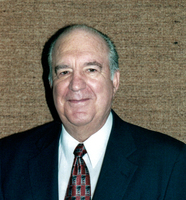 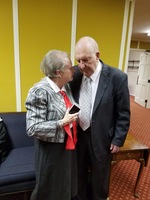 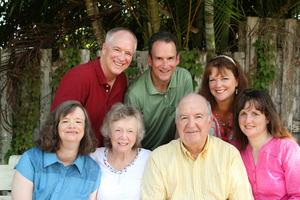 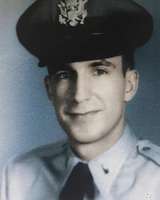