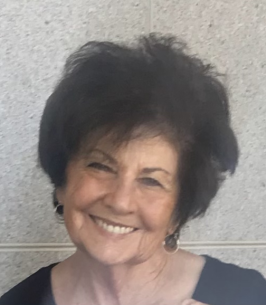 Karen was born in the old Salina, Utah hospital to Don L. and Otheya Crowther Cooper on January 17, 1938. She was a much-awaited baby after ten years of childless marriage. She was raised in Aurora, Utah, where she was surrounded by and played with a multitude of cousins and friends and had aunts, uncles and grandparents on every corner. She went to elementary school in Aurora and attended junior and senior high school, North Sevier High, in Salina where she was student body president her senior year. She graduated with the class of 1956.

She married Virgil Albrecht, of Fremont, Utah, on September 2, 1960, in Fremont, later solemnized in the Mt. Timpanogos Temple. After living in Aurora for four years they moved to Pleasant Grove, Utah for Virgil’s work, where they built their home. This became the forever family home and still is. Their three boys and two grandsons were raised there. Virgil passed away June 30, 1979. She later married Newell Larsen.

She was a lifelong member of the Church of Jesus Christ of Latter-Day Saints and served in all organizations, both ward and stake. She retired from Alpine School District after 30 years, ending her career as benefits coordinator in the district office. She loved gardening, reading, roses, traveling, sports, her bridge groups and other friends. Foremost she loved her family, including in-laws. They meant everything to her. She took each of her grandchildren on a trip of their choice the summer of their junior year in high school. They visited Italy, New York, London, Switzerland, France and Hawaii. She lived for her family. That was always the first, most important and most loved priority in her life.

Condolences and memories may be share with the family online at www.walkersanderson.com