To share your memory on the wall of Lyle Tregaskis, sign in using one of the following options:

Lyle Richard Tregaskis, 99, died on November 20, 2020, in Provo, Utah, from natural causes. He was born July 22,1921, in American Fork, Utah, to James Albert and Flora Florence McCandless Tregaskis. He served a mission for the Church of Jesus Christ of Latter-day Saints in the Southern States Mission, predominantly in Mississippi before joining the Army infantry during World War II. He served in the Pacific Theater, and later joined the 1st Cavalry Army Band, playing trombone. He was on the ship entering Tokyo when the armistice was signed. He married Doris Elizabeth Crosby on September 16, 1947, in the Salt Lake Temple, and they celebrated 70 years of marriage, before she passed away on November 6, 2017.

He graduated from Brigham Young University in 1948 with a degree in Education and later earned his Master’s Degree. He became an educator, principal (the first principal at Orem’s Hillcrest Elementary and then at American Fork Jr. High), and then Alpine School District administrator, developing and managing the district media center and federal programs. Highlights of his work there included the elementary tutoring program, which was nationally renowned, starting the Outdoor Education program, and bringing the first computers into the district. He also served as a Bishop for the American Fork, Utah, 4th Ward. He was a guide for many summers at Timpanogos Cave. Hobbies throughout his life included model trains, woodworking, and gardening. He became a “master gardener” and their beautiful garden was spotlighted in the newspaper and part of a city garden tour for a few years. He loved to read and was a life-long student. He leaves behind a legacy of learning and love of nature.

He leaves behind four children: Susan (Layne) Whittaker, Jan (Craig) Schumann, Bruce (Nancy) Tregaskis and Dana (Brian Woodbury). He was preceded in death by his only sibling, Lloyd Percy Tregaskis.

Family graveside services will be held Tuesday, November 24, 2020, at the Orem City Cemetery, 11:00 A.M. Military Honors will be performed by the American Legion Post 72.
Condolences may be offered to the family online at WalkerSanderson.com.
Read Less

To plant a memorial tree in honor of Lyle Tregaskis, please visit our Heartfelt Sympathies Store.

Receive notifications about information and event scheduling for Lyle

We encourage you to share your most beloved memories of Lyle here, so that the family and other loved ones can always see it. You can upload cherished photographs, or share your favorite stories, and can even comment on those shared by others.

Posted Dec 11, 2020 at 11:04am
Dear Tregaskis Family, We were saddened to hear of Brother Tregaskis passing. He and your mother were dear friends of our parents John and Irisi Bench. Bro. T was always so kind to us as children. His gentle manner was comforting and genuine. We know that he leaves a great void. We have such sweet and dear memories of growing up in the Orem 11th Ward Neighborhood and learning from so many good and kind people. We pray that you will feel the love of others and know of your fathers influence and example. Love, The Bench Children! John, Gretta, Ellen (deceased), Andrew, and Jennifer
Comment Share
Share via:

Posted Nov 24, 2020 at 10:58am
I was so sorry to hear of Uncle Lyle's passing. He called me when I received my Master's degree to offer congratulations and to ask about my plans for the future. We had the best conversation we had ever had. I have always appreciated his knowledge and insight. He will be greatly missed.
Comment Share
Share via:
DJ

Posted Nov 23, 2020 at 08:38pm
It was a great honor for me to know and work with Lyle Tregaskis in the Alpine District Office. He was a wonderful friend and a noted educator. I also had the pleasure of teaching a couple of his children and coaching Bruce in the game of basketball. This opportunity for me was a thrill of a life time. The love and teaching that Kyle offered and gave will live on. I extend my deepest sympathy to the family and send my love to you all. God bless you. Dr. Harold Jacklin
Comment Share
Share via:
CS

Posted Nov 23, 2020 at 10:16am
Jan,
Your Dad leaves behind a great legacy of learning, service and righteous living! That is what this mortal life is all about. How blessed we are by good parents! Now he's reunited with your Mom, and they will continue their good work on the other side of the veil. The separation is the difficult part for us who stay behind. Our thoughts and prayers are with you!
Charles and Christine Schumann
Comment Share
Share via:
JA

Posted Nov 21, 2020 at 08:25pm
Lyle, was a great man and a good friend.was fun to hear his stories and see his trains.aleays was happy to help with pant problems.
he will be missed, Jerry
Comment Share
Share via: 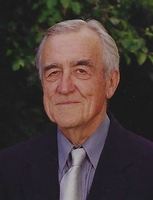 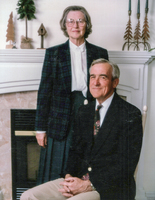