To share your memory on the wall of Althea Marcine Deason Affleck, sign in using one of the following options:

Marcine met the love of her life, Sgt. Douglas Affleck at a USO dance in Charlotte, North Carolina when dad was stationed at Fort Bragg, North Carolina during WWII. They were married nine months later at First Baptist Church in Charlotte on December 23, 1944.
After the war, Douglas and Marcine settled in dad’s hometown of Provo, UT where Marcine worked at Geneva Steel until her first child, David, was born in 1951. They moved to their life-long home in Orem in 1956 and later welcomed Janna and then Joel to the family.

Mom was a great cook, especially of southern-style home cooking. We were raised on grits, cornbread and fried okra. She was famous for her Southern Banana Pudding. It was often requested by grandkids for their birthdays instead of cake. Mom was a skilled homemaker and was dedicated to building a comfortable and inviting home where family and friends were always welcome.

Douglas and Marcine were founding members of the Orem Community Church where they made many cherished friends. Marcine continued to attend church there after dad’s death in 2010, until her health no longer permitted.

Marcine is survived by her son David (Donnette) Affleck, daughter Janna (Paul) Overly, and
daughter-in-law Shalane Affleck. She is also survived by ten of her eleven grandchildren and fifteen of her sixteen great-grandchildren. She was preceded in death by her beloved husband of 66 years, Douglas, her son Joel Affleck, grandson Parker Overly and great-grandson Ryker Affleck. She was also preceded in death by her parents David and Lillie, siblings Bill Deason, Bobbie Deason Taylor and James Carlton Deason.

Marcine was adored by her children and grandchildren and was lovingly referred to as “The Queen Mother.” We will always remember Christmas Eve at Grandma’s, Birthday BBQ’s and watching the Orem City Fireworks from her backyard.

Special thanks to granddaughter Ivy Phimdee for her loving care of grandma during the last few years of her life and to mom’s dear friend Barney Walton for her daily calls and drives to explore the area where Geneva once stood. Thanks also to Tiffany, Marie and Jessica from Hearts for Hospice for their kindness and expertise.

There will be a family graveside service held on Friday, November 20​th, ​2020 at 1:00 p.m. Mom will be interred next to dad at the Orem City Cemetery. A Live Broadcast of services may be viewed at www.walkersanderson.com where you can also share condolences with the family online.
Read Less

We encourage you to share your most beloved memories of Althea Marcine Deason Affleck here, so that the family and other loved ones can always see it. You can upload cherished photographs, or share your favorite stories, and can even comment on those shared by others. 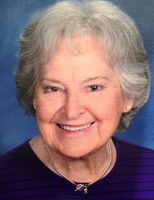