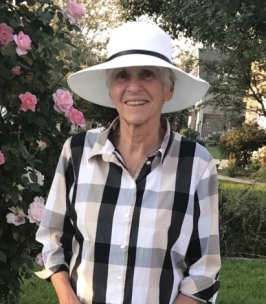 Marsha Lynn Brand was born in Grand Junction, Colorado on September 28th, 1946 to Dean F. Brand and Hazel Mae Cook. Her brother, Dennis Brand, preceded her in 1976. Marsha passed away on July 9th, 2022 due to many health concerns and eventually natural causes. Marsha was the mother to five amazing children, Kristen Michele, Troy Ryan, Kyle Aaron, Brent Tyler, and Bryan Kenneth with her first husband, Kenneth Young. Her children gave her 10 wonderful grandchildren, ranging from the ages of 25 to almost 1.

Marsha was a homemaker who greeted her young kids after school with chocolate chip cookies, french fries, and ice cream in Sandy, Utah. Marsha and her family spent their free time on their boat. Enjoying activities such as swimming, water skiing, and tubing. Along with hiking and camping. Once her kids were older, Marsha went back to school to become a dental assistant. A job that led her to make many friends and eventually meet her next husband. She moved to Troy Grove, Illinois with Edward Eiten, known to his family as Wes, in 1999. Marsha and Wes did a lot of traveling during their time together,
braving the drive to Alaska in their camper. Twice. Wes passed away in 2006 after a long battle with cancer. Marsha then moved to St. George, Utah to be closer to her family. When her health issues became more prominent, St. George was still too far away. She moved in with her daughter, Kristen in 2016. She passed away in an assisted living center in Orem, Utah.

The family decided on a private service but they appreciate any messages or condolences.