To share your memory on the wall of Norma Kratzer, sign in using one of the following options:

Print
Norma Elaine Forsey Salmon Kratzer, 95, passed away on Wednesday, July 29, 2020 at Covington Senior Living in Lehi, Utah due to complications from pneumonia.

Norma was born on July 24, 1925 in Eureka, Utah to George Woodruff Forsey and P... Read More
Norma Elaine Forsey Salmon Kratzer, 95, passed away on Wednesday, July 29, 2020 at Covington Senior Living in Lehi, Utah due to complications from pneumonia.

Norma was born on July 24, 1925 in Eureka, Utah to George Woodruff Forsey and Pearl Irene Furner. She was the fourth child to be born of six children, 3 boys and 3 girls. She was the last survivor of the 6 children.

In Jr. High and High School, Norma played many instruments. She played the clarinet, bugle, snare drums and sometimes the bells. Her favorite was being the Drum Major for 4 years where she got to hold the baton. Norma attended many parades throughout her life. She loved watching the bands perform.

In May 1942, Norma graduated from Tintic High School at the age of 16 and began attending BYU Provo in September. She graduated in June 1946 with a Bachelor of Science in Secretarial Practice and English and also received her teaching degree. After graduation, Norma accepted a teaching job at Lehi High School teaching four typing classes, a shorthand class and an office practice class.

During the summer, Norma met the love of her life at a dance. He was a returned serviceman named Warren Salmon. He was a student working towards becoming a dentist. The following year, Norma and Warren were sealed in the Salt Lake Temple on June 11, 1947. They had 8 children, 5 girls and 3 boys while living in
Missouri, Utah and California. Sadly, they lost their little Julie Marie at birth due to complications of the umbilical cord.

They loved playing golf and traveling the world together. On August 31, 1977, Warren was tragically killed in a small plane crash just after celebrating their 30 year anniversary. Seven years later, she married an orthodontist named Harold Kratzer. They were married for 23 years before his passing in 2007.

To plant a memorial tree in honor of Norma Kratzer, please visit our Heartfelt Sympathies Store.

Receive notifications about information and event scheduling for Norma

We encourage you to share your most beloved memories of Norma here, so that the family and other loved ones can always see it. You can upload cherished photographs, or share your favorite stories, and can even comment on those shared by others.

Posted Aug 27, 2020 at 07:01pm
Dear Salmon Kratzer family, my wife Diana and I would like to share with your family our heartfelt condolences for the loss of your sweet Mother. I served as the Branch President at Covington and unfortunately just found out about her death. We have not been able to get a lot of information and have not been able to serve in the Covington facility for over 5 months. We loved Norma. She was always so kind and always had a smile on her face. She attended our sacrament meetings each Sunday and when ever we visited her it was a delight to see her room always so nice and neat and her beautiful yellow bed spread laid out perfectly. Alzheimer's has many negative affects, but many times we can still see the wonderful personalities of these angels shining through. Bless you all and your family and know that we loved and will miss her. Jeff and Diana Lauder
Comment Share
Share via: 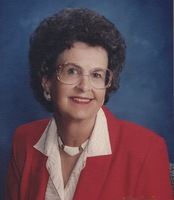