To share your memory on the wall of Norman Pyne, sign in using one of the following options:

Our dad, grandpa, great-grandpa, uncle, cousin and friend, Norm, passed away peacefully in his sleep April 24, 2021.

Our dad, grandpa, great-grandpa, uncle, cousin and friend, Norm, passed away peacefully in his sleep April 24, 2021.

Norm was born Dec. 17, 1939 in Provo, UT, the youngest child of William Eber and Elva Lorraine Chapman Pyne. Shortly after graduating from Provo High School, Norman joined the US Army and served in Germany in the 7th Cavalry. He retired from Xerox, where he worked as a technician for several years. He volunteered and served in the American Legion, Orem Post 72.

Norm loved life and spent several months each year traveling in his motorhome and boat, with his wife, Kay, their dog, Rowdy, their lifelong friends and oftentimes, several grandchildren. They traveled to each state, including Alaska, and Mexico. He also spent many hours restoring old cars.

Arrangements entrusted to Walker Sanderson Funeral Home of Orem. Condolences and memories may be offered to the family at www.walkersanderson.com
Read Less

Receive notifications about information and event scheduling for Norman

We encourage you to share your most beloved memories of Norman here, so that the family and other loved ones can always see it. You can upload cherished photographs, or share your favorite stories, and can even comment on those shared by others.

Posted May 01, 2021 at 02:49pm
My name is Paul Vincent and lived next door to the Pyne's for many years. Norm (mouse) was always a good friend of mine. Condolences to the family.
Paul Vincent
Comment Share
Share via: 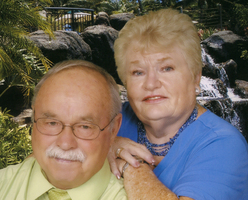 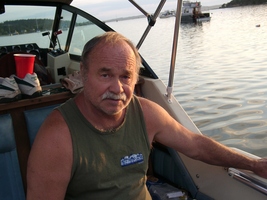 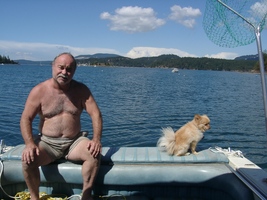 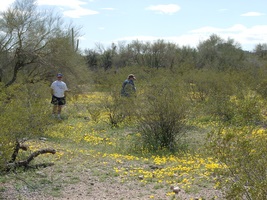