To share your memory on the wall of Ren Young, sign in using one of the following options:

Ren was born on June 22, 1963 in Payson, Utah, the son of Phillip and Kathleen Weight Young. He was a member of the Church of Jesus Christ of Latter-Day Saints and a life-long resident of Utah County. Ren attended Orem schools. He played football at Orem High School until knee injuries put him on the sidelines. He married Carma Jan Mangum on December 1, 1979. The marriage was solemnized in the Salt Lake Temple on July 30, 1990. Later divorced.

Ren was an avid sportsman. He loved fishing, hunting, boating and the great outdoors. During Ren’s youth he spent a lot of time with his Grandpas who taught him the value of hard work on a farm. He loved watching NASCAR racing and was especially saddened when his favorite driver, Dale Earnhart died. His favorite football team was the Philadelphia Eagles and was so thrilled when they went to the Super Bowl a few years back. His greatest love was his family, especially his grandchildren whom he adored, and they adored him. Ren made a living as an auto collision repairman.

Ren is survived by his parents Phillip and Kathleen Weight Young; Sons, Tyler Young (fiancé, Kelsie) and Matthew Young; Brothers, Rodney (Ellen) and Reo; Sister, Ronda ( Kevin); Grandson, Brayden Young; Granddaughters, Tylee Young and Brailyn Peterson with Madison Young to be born in the near future. Ren was preceded in death by his daughter, Amber Rachelle, his brother Ryan Lane and his sister-in-law Mandy. A great reunion is happening for Ren and he is now at peace in the arms of his loved ones.

To plant a memorial tree in honor of Ren Young, please visit our Heartfelt Sympathies Store.

Receive notifications about information and event scheduling for Ren

We encourage you to share your most beloved memories of Ren here, so that the family and other loved ones can always see it. You can upload cherished photographs, or share your favorite stories, and can even comment on those shared by others.

Posted Apr 09, 2021 at 03:42pm
I went to school with Ren he was always kind. In our 40s our path crossed again. We had some Fun time Hunting and camping. I have only good memory. Thank God his is on a new journey with out pain only love. Bless you all.
Comment Share
Share via: 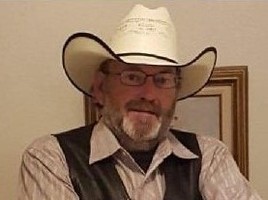