To share your memory on the wall of Reuben Ficklin, sign in using one of the following options:

Perry was born on September 18, 1935 in Gonzales, Louisiana to Newton Reno and Hilda Gautreaux Ficklin. He was the oldest of their six children. He spent his early years running barefoot, avoiding cottonmouth snakes and alligators, and playing in the bayous of southern Louisiana. His paternal grandfather, Newton Andrew Ficklin, was one of the founding members of the Church of Jesus Christ of Latter-Day Saints in that area, and Perry first attended church in the homes of family members. Later, he was blessed to help build the first chapel of the church in Gonzales. He gained his testimony of the restored gospel at an early age, and that testimony instilled in him a powerful desire to serve the Lord in any capacity throughout his life.

When Perry was 7 years old, his family traveled to Salt Lake City to be sealed in the temple. A few months after that, his parents decided to move to Utah so that they could raise their children with other Latter-Day Saint children. Perry was baptized in the Salt Lake Tabernacle on December 4, 1943. When Perry was a teenager, he suffered from nephritis, and the doctor told his family that he would probably not survive. During that year of his sickness, he spent his days and nights listening to the radio, and he developed a love for jazz. He also made a covenant with the Lord that if the Lord preserved his life, he would devote his life in service to the Lord and the Church. The Lord preserved Perry’s life, and he never forgot his commitment to serve the Lord.

In 1954 Perry’s family moved to Yakima, Washington where he graduated from Yakima High School at age 19 because of his missed year when he was sick. He studied at BYU for a year. He was drafted into the U.S. Army, but deferred his service in order to accept a call to serve as a missionary in Brazil.

Perry’s mission to Brazil (1955-57) set the course for the rest of his life. He fell in love with the Brazilian people, and he loved sharing the gospel in the Portuguese language. He developed a love for missionary work that endured throughout his life, and he was instrumental in bringing many souls to the Savior.

While he was in Brazil, his family moved back to Utah, but Perry needed to return to Washington to complete his 2-year commitment to the army.

Perry loved playing football and was a talented quarterback. He played during his freshman year at BYU, during his military service, and received a scholarship to play at Weber State where he earned his Bachelor’s degree. He met the love of his life, LaVaun Smith, at a dance in Ogden and pursued her until she finally agreed to marry him. They were sealed in the Logan Temple on March 15, 1963.

Perry and LaVaun began their family in Salt Lake, moved to Heber City, then finally to Orem. Perry kept his commitment to serve the Lord by accepting callings as a counselor in the bishopric, high councilor, twice as a bishop, and as a counselor in the stake presidency. Then in 1984, he and LaVaun were called to preside over the Lisbon Portugal mission. When the entire Ficklin family boarded the airplane on their way to Portugal, someone remarked, “Here comes the circus.” Portugal was a wonderful experience for the Ficklin family, the missionaries in the mission, and the Portuguese members of the Church. Perry loved all those he served and developed relationships that will last forever.

After returning from Portugal, Perry served as branch president in the MTC and bishop of the singles’ ward. In 1990 President Howard W. Hunter called Perry to serve to assist in the ecclesiastical review of the Portuguese translation of the Book of Mormon, Doctrine & Covenants, and Pearl of Great Price. He experienced some of his most profound spiritual moments during this scriptural project. In 2002 he and LaVaun were again called to serve as missionaries in the Johannesburg, South Africa mission presidency to prepare the organization of a new mission in the Portuguese-speaking African countries of Angola and Mozambique. They loved their mission in Africa and the relationships they formed there.

Perry is survived by his beloved LaVaun, his seven children, 17 grandchildren, and three great-grandchildren, his sisters Darlene Hart, Barbara (Roger) McBeath, and Chandra (Verdell) Bell. He is preceded in death by his parents, his baby sister Margie Gayle Ficklin, and his best friend and brother Max Ficklin. We know that he is enjoying a wonderful reunion with those loved ones and with all of the ancestors that Perry served through his extensive family history and temple work.

We as a family are forever grateful for our wonderful Papa and all of the blessings, we received because of him. He leaves an eternal legacy that has blessed all who knew and loved him. Thank you, Papa, for your “super-deluxe” life and example.

Funeral services will be held for family members on Saturday, February 20, 2021, at 11 a.m.
Even with COVID-19 protocols, we want all to be able to participate, so a live broadcast of the service may be viewed online at 11:00 a.m. at https://zoom.us/j/97235140380, please join us. Thoughts and memories may be shared on Reuben's obituary “memory wall” at www.walkersanderson.com.
Interment will be in the Orem Cemetery with full military honors by American Legion Post 72.
Read Less

Receive notifications about information and event scheduling for Reuben

We encourage you to share your most beloved memories of Reuben here, so that the family and other loved ones can always see it. You can upload cherished photographs, or share your favorite stories, and can even comment on those shared by others.

Posted Feb 20, 2021 at 12:57pm
I remember standing with a group of missionary buddies outside the chapel on Rua São Domingos a Lapa in Lisboa awaiting President’s arrival for the first multi zone conference and very much looking forward to meeting him. He pulled up with the window down in the big black Mercedes and attempted a parallel park with that long sedan. After a few attempts he shouted out to me Elder I can’t park this blasted thing! Then he finally got it just right, gave a celebratory fist in the air and hopped out. What happened next has never left me. He walked directly up to me without looking at my name plaque, looked me in the eyes and said “Elder Draney, I am looking forward to serving with you”. He cared enough about each person to spend the time to get to know them.. even before arriving. The phrase “The worth of a soul is great...” was not lost on President Ficklin. Truly a great man who loved his people! He left a mark in this world - a legacy of truth and love.
Comment Share
Share via:
BR

Posted Feb 20, 2021 at 10:25am
How sad I am to hear of my dear friend Reuben Ficklin's passing. He was a hero and mentor to me - a true "man of Christ." There was never a question regarding Reuben's love for and commitment to the gospel of Jesus Christ. He was a devoted and resolute soldier in the Lord's battalion. Like President Monson, if the Lord needed an errand run, Reuben was the first to volunteer. There was always a twinkle in this eye and a bounce in his step reflective of his enthusiasm for life, his family, and his enduring and sure witness of the truthfulness of the restored gospel. Thank you, Reuben, for being an anchor, a Christ-like example, a choice friend, and a devoted disciple of Jesus Christ!
Comment Share
Share via:
RH

Posted Feb 18, 2021 at 04:01pm
LaVaun and family. We are so sorry to learn of Perry's passing; however, you can take comfort in knowing that Paradise has gained a wonderful soul. May the peace of Christ be with each of you during this period of mourning, and we are so grateful that we were able to spend time with you when we were in the MTC in 2012 and have been able to communicate since then. We love you'll.

Posted Feb 17, 2021 at 03:24am
To know President Ficklin was to love him. His loving kindness, his fervent testimony of the Gospel and his wit and humor will forever be part of my life. I will miss this man larger than life, a beloved Mission President, a kind mentor and father figure to me. I am so grateful for having known and learned from him.
Comment Share
Share via:
JM

Posted Feb 16, 2021 at 03:06pm
Reuben Perry Ficklin ~ great man! When I arrived in Brazil as Elder Larry Memmott in August of 1957 ~ the whole country of Brazil was just one mission! Elder Perry Ficklin was my first companion in Joinvile. Santa Catarina. I learned a lot from him. Then in February of 1958 ~ I was transferred to Juiz da Fora, Minas Gerais ~ and amazingly my companion was Elder Perry Ficklin!! So ~ he was my first companion ~ and I was his last companion!! Wonderful memories! A few years later when Perry and Lavaun had a few little children ~ my wife and I would come to Utah from Mexico for General Conference and always have a wonderful visit with them.
Friends Forever ~ Happy Graduation Elder Ficklin!! Our love and condolences to Lavaun and their family!
Comment Share
Share via: 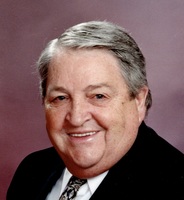 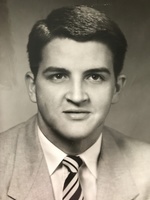 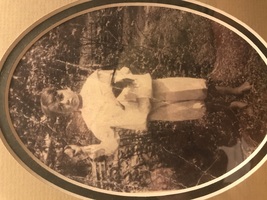