To share your memory on the wall of Richard Brown, sign in using one of the following options:

Richard Clifton Brown peacefully passed away early in the morning of February 26, 2021 after years of failing health. He was born to Forrest Arthur and Hazel (Flowers) Brown in Denver, CO on December 11, 1943.

He was raised in Ellis, KS and graduated a Railroader from Ellis High after which his undergraduate education took him to Fort Hayes State University. He continued his studies at the University of Kansas Medical School where he graduated in 1969. He finished his education at the University of Utah which included a surgical internship, radiation oncology residency and was a staff physician.

His career path took him through Arizona and Illinois prior to settling in Provo, UT where he established the radiation oncology program at Utah Valley Regional Medical Center which continues today. In addition he helped establish similar programs in Durango, CO and St. George, UT. He was loved and adored by his patients, fellow physicians and staff. He changed and touched countless lives through his chosen profession where he was a pioneer, leader and mentor.

He was a loving husband and father and is preceded in death by his first wife Patricia Pfeifer whom he married in 1961. He met Bonnie Bennion while at the University of Utah and their 43 year marriage started when they were married in Uxbridge England in 1971 and they were sealed for all time and eternity in the Salt Lake City Temple in 1985. She also preceded him in death in 2015. He is survived by his current wife Vania Morais after being sealed in the Provo Temple in 2017. Through his family life there are many treasured memories of the cabin, Lake Powell trips and the perfectly grilled burger or elk steak.

He is also preceded in death by his parents, daughter Tree Pfeifer Brown Hayes (Jim) and sister Roxie Jean Arbuckle.

He is also survived by his children Brandon Richard Brown (Nayoung) and Amy Messenger (Rob), his beloved grandchildren Sahara (Landon) and Marina Hayes, Autumn (Issac), Amber and Andrea Brown and Andrew, Bennion and Emma Messenger as well as his brother Dean Brown.

A viewing will be held Saturday March 6, 2021 from 9:00-10:45 a.m. at the LDS church building located at 4200 North Foothill Drive, Provo, UT 84604. The funeral services will be held immediately after the viewing starting at 11:00 a.m. Interment will be at the Provo City Cemetery. In lieu of flowers a memorial donation can be made to the Breast Cancer Alliance.

Condolences may be shared with the family online at www.walkersanderson.com
Read Less

To plant a memorial tree in honor of Richard Brown, please visit our Heartfelt Sympathies Store.

Posted Mar 08, 2021 at 10:38pm
Dr. Brown was an extra-ordinary physician and person. I enjoyed my professional association with him as we both worked in Oncology at Utah Valley Hospital. He was a true advocate for patients as well as others in the Oncology arena. My sympathy and condolences go out to his family at this time.
Eva Stoneman
Comment Share
Share via:
R

Posted Mar 05, 2021 at 10:08pm
My condolences and best wishes to the friends and family of this man who was a supportive longtime companion of my first cousin and a great beneficiary to the family and community. Robert Bennion.
Comment Share
Share via:

Posted Mar 05, 2021 at 05:20pm
Rick was a neighbor, friend, and excellent physician who ably handled my cancer issues more than a decade ago The world needs more like him! David C Hobson, DDS
Comment Share
Share via:
BH

I am a high school friend of Rick with many memories of our time together at Ellis High School. He was a special person then as I am sure he was throughout his adult life. May God comfort his family and raise Rick up to eternal peace. 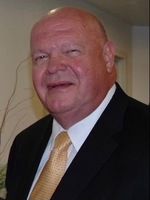 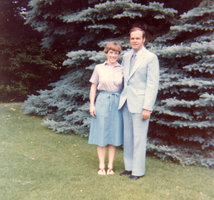 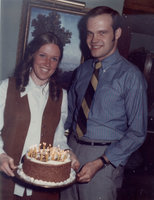 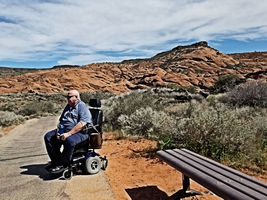