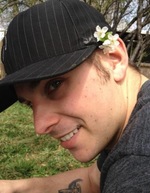 Richard Tyler Jones passed away unexpectedly on Wednesday, October 7th, 2020 at the age of 33. He will be deeply missed by his friends and family who always counted on him for a hug and a (sometimes inappropriate) laugh.

Tyler was born on January 14, 1987 to Randall and Julie (Dennett) Jones, Orem, Utah. He grew up in Utah County and attended Timpanogos High School. After high school, Tyler spent a number of years working alongside his Dad at C.J.C. Foundations.

Tyler's proudest accomplishments were the birth of his son, Ayden Riley Jones in 2006, and marrying the love of his life, Madelyn Connor, in 2017. The three of them were very close. One of their favorite family activities was attending Ayden's football games.

Outside of his family, Tyler was most fulfilled in life by his passions, such as long boarding, snowmobiling, playing the guitar and piano, and attending live music, including 311, Dave Matthews Band, and the Eagles. He was particularly gifted at making his friends and family laugh with his various impressions of Chris Farley, Adam Sandler, and Kronk.

Ty, we know you battled with inner demons, but we always did and always will love you. We hope you are there giving Momma one of your big hugs from all of us.

An outdoor memorial service is being held from noon to 1:30pm on Saturday, October 17th, 2020 at Northridge Park for friends and family.