To share your memory on the wall of Richard Nelson, sign in using one of the following options:

After graduating from Bishop Union High School in 1962, he went to Fresno State and got a business degree in 1968. He headed to Salt Lake and was a manufacturer’s representative. The most important part of his move was he met the love of his life, Susanne Warner. They married on September 23, 1972. Richard was relocated to Phoenix, Arizona for work. It was there Richard was converted to the Church of Jesus Christ of Latter-Day Saints and they were sealed together in the Mesa, Arizona temple on February 23, 1977. After which they moved to Kingman, Arizona where they resided for 7 years. During that time Richard and Susanne were blessed with four wonderful children.

They moved back to Orem, Utah and were able to have family time with Susanne’s parents and their kids grew up with the love and support of so many incredible friends from their church and community. Richard loved coaching his children’s various teams and volunteered at the Student Athletic Building at BYU. HIs encouragement, love, and personal interactions with the BYU athletes, were moments he cherished. Richard loved people and initiated conversations and loved telling stories. He made friends wherever he went. He had many opportunities to serve in the church and was happiest ministering to his neighbors through daily acts of kindness.

Services of remembrance will take place on February 24th, 2021.
A viewing will be held from 10:30am-11:30am.
The funeral service will begin at 12:00 pm located at 646 East 800 North, Orem, Utah.
The funeral service live streamed through the Walker Sanderson website: www.walkersanderson.com and click watch live webcast. Condolences may be offered to the family online as well.
The burial will be held at the Provo City Cemetery.

In lieu of flowers, you are welcome to participate in the Nelson Family Service Project or by donating to a charity of your choice.
Read Less

Posted Feb 24, 2021 at 01:46pm
Richard would always greet us with a smile and a "Hey Brownie how's it going?". We loved listening to his stories and experiences, which he always shared so enthusiastically. He was so warm and friendly to everyone. We still remember the first time we met you all at Windsor Park one Sunday afternoon long ago. We knew instantly that you were a special family and we are grateful for the years we were able rub shoulders and enjoy getting to know you. Susanne and family, our hearts and prayers go out to you at this sudden loss. He will be missed.

Posted Feb 19, 2021 at 10:08pm
Susanne we are shocked and saddened to hear of Richard’s passing! He will be very missed by so many. You are in our thoughts and prayers! Much love, Gary and Ginger Dingman
Comment Share
Share via:
PO

Posted Feb 18, 2021 at 09:02pm
Richard loved to help people, and as I watched him shoveling snow, picking up mail for the elderly, helping them trim their rose bushes, or taking their garbage cans out to the street, I often thought of the scripture, "Inasmuch as ye have done it unto the least of these. . . ye have done it unto me." He was also lots of fun, and we would hear his bird whistle as he road his bicycle up the street. Richard's wife Susanne is a creative, loving, and intelligent person who also loves to serve. They are both sterling examples of what it means to minister to others. All of us are grieving--for Susanne and their children, but also for the loss of Richard, who brightened our lives. Love, Gail Christensen, neighbor and friend
Comment Share
Share via:
JC

Posted Feb 18, 2021 at 08:55pm
Richard was one of the key people who welcomed me into the area, and he was the true vision of ministering as he reached out to help me and others. He will be dearly missed. Jim Christensen
Comment Share
Share via: 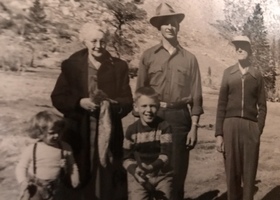 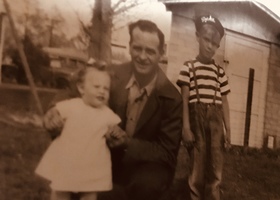 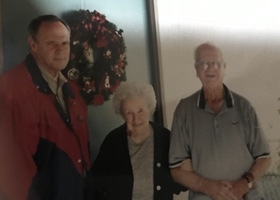