To share your memory on the wall of Richard Tolman, sign in using one of the following options:

Dr. Richard Robins Tolman passed away on Friday, June 19, 2020 in Orem, Utah, at the age of 82. He lived a life full of love and appreciation for his faith, family, friends, nature, science, and education.

Richard was born in 1937 in Ogden, Utah, to Dale and Dorothy Tolman. He grew up in Bountiful, Utah, near grandparents and extended family. Early fishing and hunting experiences developed into a lifetime appreciation of the outdoors. He attended elementary school where his grandfather was the principal, and junior high where his father taught math. A high school teacher he greatly admired taught him a love for science. These experiences set him up for a life dedicated to science and education.

After graduating from Davis High School in 1955, he attended the University of Utah. He served for 2 ½ years in the Brazilian South Mission of the Church of Jesus Christ of Latter-day Saints from 1958 to 1960. Upon his return, he earned his bachelor’s and master’s degrees from the University of Utah while completing eight years in the U.S. Army reserve, where he was a member of the competitive rifle team. It was during this time that he met Bonnie Bjornn. They were married in the Salt Lake Temple on August 18, 1964. They were married for nearly 56 years at the time of his death. They created a family that appreciated the outdoors, Sunday dinners, holiday celebrations and being together, with Norwegian and other traditions continuing as the family expanded.

After completing a PhD at Oregon State University, Richard had a distinguished career in science and science education. He worked as Director for International Cooperation for the Biological Sciences Curriculum Study (BSCS) in Boulder, Colorado, from 1969 to 1982, where he created science curriculum for secondary students. Many have learned high school biology from materials he created. The materials were used in the United States and in many countries in Central and South America and Europe. In 1982, he was hired as a professor of life sciences at Brigham Young University. He advanced to several administrative positions in the Departments of Zoology, Physiology, and Developmental Biology, and the College of Biology and Agriculture before his retirement in 2003. Following his retirement from BYU and emeritus status, Richard accepted a position at Utah Valley University to create a program in science education. He remained at UVU until June 30, 2019. He called his experience as a professor at UVU the “highlight of my career.” He loved his students and was most proud of the caliber of teachers they became in schools throughout Utah and the United States. Richard was recognized with many professional awards and honors at the local, state, and national levels. He cherished the friendships he formed with colleagues throughout his career.

Due to Covid precautions, the memorial service will be live-streamed on Monday, June 29 at 11:00 a.m. from https://tinyurl.com/cherryhillsouth.

Condolences and memories may be offered to the family by clicking on the Memory Wall tab of Richards obituary at www.walkersanderson.com where you are also welcome to upload photos & videos of Richard.

In lieu of flowers, please donate to the Utah Valley University College of Science, Biology Department, where funds will be directed toward scholarships for Science Education students at https://www.uvu.edu/give/. Please indicate in honor of Dr. Tolman.
Read Less

To plant a memorial tree in honor of Richard Tolman, please visit our Heartfelt Sympathies Store.

Posted Jun 29, 2020 at 11:36pm
About 32 years ago, I was struggling a bit at BYU trying to force myself to complete my pre-dental courses. I had a very clear thought one night telling me to check out a career in science education. Very soon thereafter, I met Dr. Tolman (Rich), and his partner Dr. Baird (Hugh). That's all it took. I have been a Biology teacher ever since. I have enjoyed my career choice. Rich and Hugh were more than university professors. They were dear friends. They could both still call my by name as we bumped into each other at conferences and when they sent their student teachers to be with me. Just a year ago I bumped into Rich at a care facility where my Dad was getting some rehab for his back. Rich came out of one of the other rooms as he was there visiting a friend. Just as I was about to say my name to remind him who I was, he greeted me just as a true friend would, with a loud, "Hi Kevin! What no good are you up to now?" He then proceeded to spend several minutes to tell my Mom, Dad, and other family members, what a great guy I was. We all need great friends like Dr. RICH Tolman.
Comment Share
Share via:
DC

Posted Jun 28, 2020 at 06:40pm
Bonnie and Family:
You won't know me but I know Richard (Elder Tolman) and love him with all of my heart. Richard and I served as missionaries in Brazil and I was his first companion in Curitiba. We worked hard, loved the Lord and shared both deeply spiritual and "unavoidable" earthly experiences together as companions. His laugh was contagious, and we shared plenty of those. After our missions, when Pat and I were married, Richard was one of my best men. I often look at our wedding pictures with him and rejoice that I was privileged to know him. I kept tract of him while he was at the Y, and knew of his great love for his students and for his profession. I will miss knowing that Richard is with us in mortality, but I look forward to a great reunion with him hereafter with plenty of "abracos." Bonnie, Pat and I would love to visit with you on the phone. If you would like, you can get me on my email at 88srdavid@gmail.com. We love you all.
Comment Share
Share via:

Posted Jun 28, 2020 at 05:01pm
Rich was my science advisor at BYU from 1983-1987. I was a single parent of 3, and when I would go for our advisement consult, his first questions were always about how the kids were, how I was coping financially, emotionally etc. He was so empathetic that he always knew that grades were dependent upon stability in life outside of school.
He was also a bit of a rebel. When I and a few others complained that our required History of Education class professor was extremely anti-science, Rich came and sat in class to see for himself. (And, I might add, he was almost jumping out if his seat he was so mad at what this professor was saying!) Within a few days Rich had a meeting with the Dean of Education and that class was removed from our class list.
A bit more rebellious was when we went down to southern Utah for a science education survival trip. Rich was driving our BYU van on a back road when we came to a huge washed-out gully that totally blocked our road. Not to be thwarted, and not wanting to go all the way back, Rich had us all get out of the van, reversed it back up the road a little ways, then gunned it towards the gully wherein the van literally flew over the gully, only catching the back bumper as it went. And we were all sworn to secrecy when we returned the van to the motor pool as to how the bumper got so damaged.
We loved his mischievous smile, his caring nature, his willingness to stand up for us and what was right. He truly was a man of steel and velvet, and he has left a hole in the Universe of lives now he is gone.
Comment Share
Share via:
SS

Posted Jun 28, 2020 at 03:32pm
Pat and I are extremely saddened to learn of Richard's passing. He and Bonnie were our good neighbors and friends. Fond memories include many river runs with the youth which he loved. Those fortunate enough to be in the same raft were always treated with a running commentary of the wildlife, fish and birds along the way. Guy trips to Yellowstone were always richer with Richard along. One of my favorite pictures is of Richard and some other friends sitting on the back of snowmobiles enjoying our lunch at Mesa Falls in Island Park, Idaho. Pat and I send our love and prayers.
Stan and Pat Shaw
Comment Share
Share via:
RT

Posted Jun 28, 2020 at 11:17am
To the Family of Richard Tolman Hold on to the many memories you each have had over these many years it will help you in the coming days, months, weeks, and yes years to come We knew he loved the Savior and the Savior loved him and the Savior will be with each of you at this time. We grew up together in the old 3rd ward in Bountiful. He was a great guy growing up in our neighborhood we where cousins and he was the same age as Brother Max they graduated from Davis High School in 1955. we loved him and his Family very much. Sent to from Ray and Janice Tolman
Comment Share
Share via: 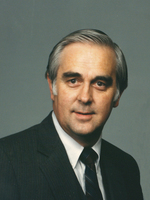 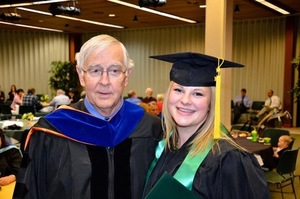