To share your memory on the wall of Robert Allman, sign in using one of the following options:

Rob loved anything outdoors, whether it was camping, hunting, fishing at Strawberry or just hanging out the the "property" in Nephi. In his later years he became obsessed with golf, playing every chance he could with his boys and close friends.

He was preceded in death by his parents, Tom and Joyce and recently his older brother, Mark. Rob is survived by his sons, Kyle & Stacy, Springville, Jeff, Orem, Russell & Cecily, Nephi Mike, Orem and daugher Natalie Jo, Pocatello Idaho. Also his brother, Craig & Julie, Orem. Grandchildren, Chandler, Hadlee and Colton along with several nieces and nephews.

Condolences may be offered to the family online at: walkersanderson.com

Pops, you will be missed and loved!
Read Less

To plant a memorial tree in honor of Robert Allman, please visit our Heartfelt Sympathies Store.

There are no events scheduled. You can still show your support by sending flowers directly to the family, or planting a memorial tree in memory of Robert Allman.
Plant a Tree

Posted Dec 16, 2020 at 02:43am
Your father was a wonderful man. I was lucky to have known him and to be able to call him my friend. I only wish I could have been there to honor your dad along with you.
John Loveridge
Comment Share
Share via:
MK

Posted Dec 12, 2020 at 10:46am
Rob Allman was a great man who taught me much. He was a man of his word, very knowledgeable, believed in doing things right. Rob, Craig and his boys set a standard of quality and integrity that far exceeded all others in the concrete industry. Thank you Rob for being a great example to us all.

With the utmost respect,

Posted Dec 11, 2020 at 08:08pm
I loved to look outside and see Rob working in his yard. He loved working in his green house. We received many tomato plants and lots of advice on how to take care of them :) He will be missed!
Comment Share
Share via:
KA 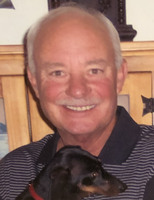