To share your memory on the wall of Bob Blackwell, sign in using one of the following options:

Bob enjoyed life, especially wildlife, and the outdoors. His greatest love of animals was the gray wolf, and dogs. Bob spent most of his life in Provo and was very active in his faith and community. He held many positions in the church and on the high council, and he served on several service missions.

Bob loved sports, music, and making friends. While in high school, he sang in the choirs, played in the band and orchestra. His greatest love of music was the piano. He also loved photography.

His professional career was at Thiokol chemical corporation, where he worked for two years prior to returning to Provo, where he accepted a teaching position at Utah Valley State College, where his tenure lasted for 38 years.

Most important to Bob was his family; he cherished and took good care of his wife of 56 years, three children, six grandchildren, and 3 great grandchildren. The second and third generation referred to Bob as grandpa.

Bob was married to his best friend, Brenda A. Blackwell in the Logan Temple on 28 August 1963. He is survived by his son Daniel (Lyndy), two brothers, Philip S. (Donna) and David H. (Elizabeth) Blackwell. He is also survived by his grandchildren, Jett, Brayden, Schuylar, and Ryan Hudson. Taylor and Ashton Blackwell; and by three great grandchildren, Emma, Gracie, and Tate Hudson. Preceded in death by his parents, wife Brenda, and two children Mychel Blackwell Hudson and Matthew Robert Blackwell.

Private Family Services will be Friday, September 18, 2020, 11:00 a.m. at Walker Sanderson Funeral Home, 646 East 800 North, Orem, with a private family viewing prior. Family and friends may visit Thursday evening from 6:00 – 8:00 pm at Walker Sanderson Funeral Home. Interment will be in Orem City Cemetery, 1520 North 800 East, Orem. A live webcast of the service may be viewed online at www.walkersanderson.com.

In lieu of flowers, please make donations to your local Humane Society or one of Bob’s favorites, Guide dogs for the blind https://www.guidedogs.com/support-gdb/donate.
Read Less

To plant a memorial tree in honor of Bob Blackwell, please visit our Heartfelt Sympathies Store.

Receive notifications about information and event scheduling for Bob Blackwell

We encourage you to share your most beloved memories of Bob Blackwell here, so that the family and other loved ones can always see it. You can upload cherished photographs, or share your favorite stories, and can even comment on those shared by others.

Posted Sep 19, 2020 at 12:51pm
I am so saddened by Bob's passing - my sincere condolences go out to all his family. I am a 2nd cousin and was previledged to personally know Bob and Brenda. It was always fun to have the Blackwell family share our Thanksgiving dinner at my grandparent's (Les & Lil) home in Ogden. Thank you for those fun family times. Rest well my friend - until we meet again. Ann Wright Wilson
Comment Share
Share via:
JW

Posted Sep 14, 2020 at 01:52pm
Bob was a teacher, and friend to myself, and my husband. My husband took archery from him, and I was fortunate enough to take Anatomy from him. Bob was a caring, and involved teacher, I'm grateful for his gifted teaching, and willingness to share his knowledge. My sincere condolences to his family.
Comment Share
Share via:
LC

Posted Sep 14, 2020 at 12:53pm
I first got to know "Mr. Blackwell" in 1983 at the old Utah Technical College on Canyon Road in Provo, UT. I took Anatomy, Physiology, and Medical Terminology from him. He was passionate about his teaching and had many practical applications for all that he taught us. We became friends back then and have stayed friends til the end. He came to my wedding reception, visited our family off and on through the years showing off his beloved dogs that he was training. He and Brenda often came up to Midway on their drives and would stop by to see me at our business. He would always make it a point to find me working in the food booths at Swiss Days. I always saw him at Swiss Days. He told me this year was the first time he wasn't at Swiss Days in 50 years! He also loved to come up to the Sheep Dog Festival at Soldier Hollow. He so loved his animals! He always shared his love for wildlife, bringing my grandkids feathers, books and magazines. He also thrilled being out in nature. Bob was so happy with the new print of the Grand Tetons that he bought a couple of months ago at Sportsmans Warehouse here in Heber. He hung that above his sofa to enjoy daily.

Bob was there for me when our family had a medical trial. He was no stranger to loss and therefore his compassion was intimate and genuine. Our daughter and her unborn baby almost lost their lives. Sweet baby Oaklynn did pass four days later but our daughter was able to survive. Bob came to the ICU waiting room every day for two weeks and brought me an apple and sat with us and was just there. He knew the power of being present and there for others. His support and strength kept our spirits up when it was so very hard. He rallied the members of his Kiwanis Club and they made a generous monetary donation to help our daughter during her recovery.

I can't thank Bob Blackwell enough for his care, humor, compassion, and love through almost 37 years of friendship! My deepest condolences to his family and loved ones!

Posted Sep 11, 2020 at 11:47am
Mr. Blackwell was my favorite teacher at college. His love of Anatomy & Physiology and Medical Terminology were passed onto me, entering the healthcare field. I was able to interact with him for decades after college. He had a deep love for his cherished family members. May God Bless!
Comment Share
Share via:
SF

Posted Sep 11, 2020 at 12:55am
Bob was one of my dearest friends. I had the honor of doing Brenda’s hair a couple of times before she passed away. After her passing, Bob came to me to have his hair cut. The teasing was sassy and spunky but fortunately for everyone, I could take it. I cut his hair for almost two years and in the last couple days I have wondered if he stayed down here so that I could have the opportunity and blessing to serve him.

Our relationship went beyond the salon as he was always inviting me to lunch along with some of the other girls from the salon. I’m sure he appreciated the company and companionship. I often joked with my husband that Bob was my boyfriend because he was always calling and checking up on us. He always asked about my boy and how he was doing.

At our last haircut appointment two weeks ago, he told me he was running away to Yellowstone but that he would come see me for haircuts when he was in town. The following week he brought me a t-shirt souvenir, which meant the world to me and I will always cherish it. He always treated me and my family as his own family and I will never forget his love.

The picture I’ve posted below was when he took my son, Oliver, and I along with another friend up South Fork in Provo Canyon to have a picnic and collect turkey feathers. He had been talking about it all summer long, bringing us feathers and telling us that we needed to go up there with him and collect our own. I’m grateful we were able to arrange for that to happen before he passed.

I really thought Bob would live forever. I’m so grateful that he is finally reunited with his sweet Brenda and children that passed before him. He sincerely missed them so much and his heart ached to be back by her side. I’m grateful that families can be forever and that we can all be reunited as friends too after we leave this life. He better be there when I pass on from this life to greet me because I would do anything for some one for hug or kiss on the cheek or sassy retort.

Sending love to your family Bob. Thanks for always loving me and allowing me to be your friend in this life and hopefully again in the next. God be with you til we meet again. XOXO - Savanna 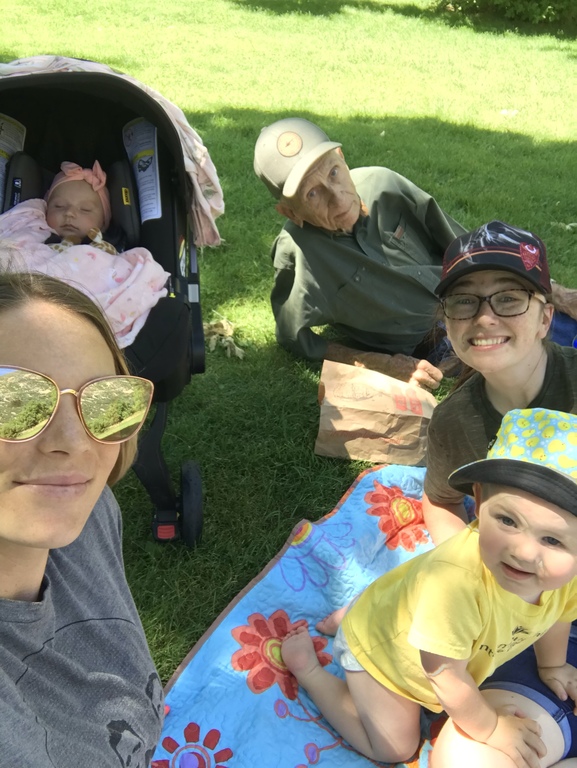 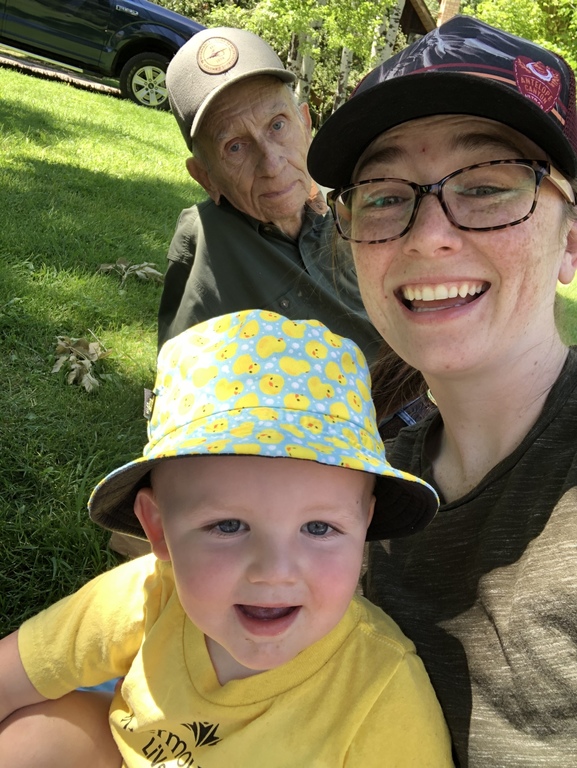 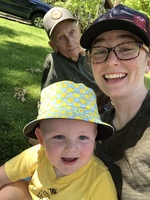 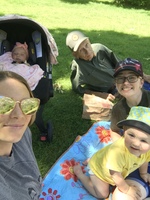 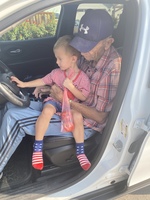