To share your memory on the wall of Robert Holdaway, sign in using one of the following options:

Robert and Cumorah Gordon were married and sealed in the Salt Lake City temple on August 17, 1949. He met Cumorah the first day of seventh grade. Together they both attended BYU. They have been avid BYU fans ever since.

Robert served in many callings in the Church of Jesus Christ of Latter Day Saints. He and Cumorah also served a church mission in London England. They later served two stake missions.

Robert was the youngest child in his family. His siblings, all deceased now, were brothers Clyde, Howard and Ross, and sister Lyle Facer. Robert and Cumorah are survived by five children and their spouses, Karen Stewart, Brent (deceased) and Reta Holdaway, Keith and Joni Holdaway, Sherrie Kaye and David Miller and JaNae and Nate Riley. Together they have 32 grandchildren and 75 great grandchildren and loved each and every one of them.

Robert had a powerful testimony of his Savior, Jesus Christ and the Church of Jesus Christ of Latter-Day Saints. He served his family and others valiantly.

A visitation for both will be held Friday, August 14, 2020 from 5:00 – 8:30 pm at Walker Sanderson Funeral Home, 646 East 800 North, Orem, Utah. Funeral Services will be held Saturday, August 15, 2020, 10:00 a.m. at the SCERA Shell Outdoor Theater, 600 South 400 East, Orem, Utah. Masks are encouraged along with Social Distancing. Interment will be in Provo City Cemetery. Condolences and memories may be offered to the family at www.walkersanderson.com
Read Less

To plant a memorial tree in honor of Robert Holdaway, please visit our Heartfelt Sympathies Store.

Posted Aug 17, 2020 at 07:04pm
What an amazing LOVE story and to think they were able to complete earthly missions together and return to a heavenly home together....what a blessing!! As a young boy scout, one of my first merit badges I earned was Animal Science and the merit badge counselor was Brother Robert Holdaway! When I say earned, I mean earned as this good man was very thorough and made sure I completed ALL the requirements. I remember to this day how much time he spent with me to make sure that I had done my part to earn that merit badge on a subject he was very passionate about. I remember many times seeing Robert and Cumorah together at church events, sporting events, community events, etc. I remember well hearing Cumorah get after referees when bad calls were made at the Marriott Center and I was grateful she was helping the COUGS!! All the best to a wonderful Holdaway Family at this difficult time....you certainly had WONDERFUL parents that lived life the right way!!! With Love, Karl Clegg
Comment Share
Share via:
WH

Posted Aug 14, 2020 at 11:54am
Wendall and Sherry,
We have great memories of going to family get togethers, weddings, parties and funerals and seeing Uncle Robert and Aunt Morie because they were always there supporting everyone. We enjoyed visiting with them and catching up on their family. The Christmas letters they sent were always fun to read. They will always have a special place in our hearts.

Posted Aug 12, 2020 at 09:13pm
Dear Holdaway Family,
Leslie and I want to express our love to you at the passing of Bro Holdaway. We both have wonderful memories of living in the Vineyard Ward and our association as a young married couple in that Ward. Bro Holdaway was a great friend and he and Cumorah were special to us, as we had a young family and established such fond memories of the Holdaway family. 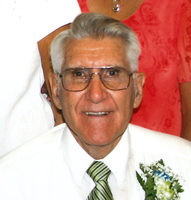