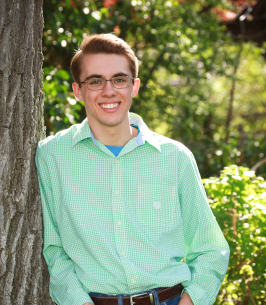 We are so very sad to announce the passing of our beloved son, brother, grandson, and friend Russell Alexander Hollingworth age 23 of Provo, Utah who took his life after a long-term battle with anxiety and depression on July 16, 2022.

Russell was born in the American Fork Hospital and was the most beautiful baby ever sent to earth. He had thick dark hair and deep dark eyes that wore such a serious expression from the day he came into our lives. At age six, Russell was diagnosed with Juvenile Rheumatoid Arthritis and was in pain and in and out of hospitals much of his young life. In spite of this, he participated in many sports growing up culminating in running on Timpview High School’s Cross-Country team. He also hiked Kings Peak, the tallest mountain in Utah, twice with his Boy Scout troop. He also held jobs that were physically challenging including delivering packages and maintaining landscaping. Russell never let his physical limitations become his life limitations.

At age 16, he became an Eagle Scout. His Eagle project served those who had disabilities and attended the Recreation and Habilitation Services where he supplied them with food, office supplies, and crafting supplies donated by his ward. He also ran an activity day for the members where they built and launched model rockets and played games. He also organized the other Boy Scouts to play with and assist the members in their activities.

Russell loved Star Wars, the works of J.R.R. Tolkien, and Legos. He could quote large sections of any movie he had ever watched with ease and accuracy.

Russell was a kind and loyal friend. He was thoughtful in his actions. He was often the first one to race outside to help his mom unload a carful of groceries, and the last one out the door at a church activity because he was putting up chairs and sweeping floors. He gave notes and gifts frequently to those he loved.

Russell served a mission for the Church of Jesus Christ of Latter-day Saints. He attended the MTC in Mexico City, and served in Redlands, California, speaking Spanish. He developed severe anxiety and depression while on his mission. He loved the people of Redlands, but after six months ultimately made the tough decision to return home early for treatment and support from loving family and friends.

Russell was a great student. He had wonderful grades in high school and graduated from Timpview Seminary and High School with honors in 2017. He earned an Associate’s Degree from Utah Valley University and was pursuing higher education.